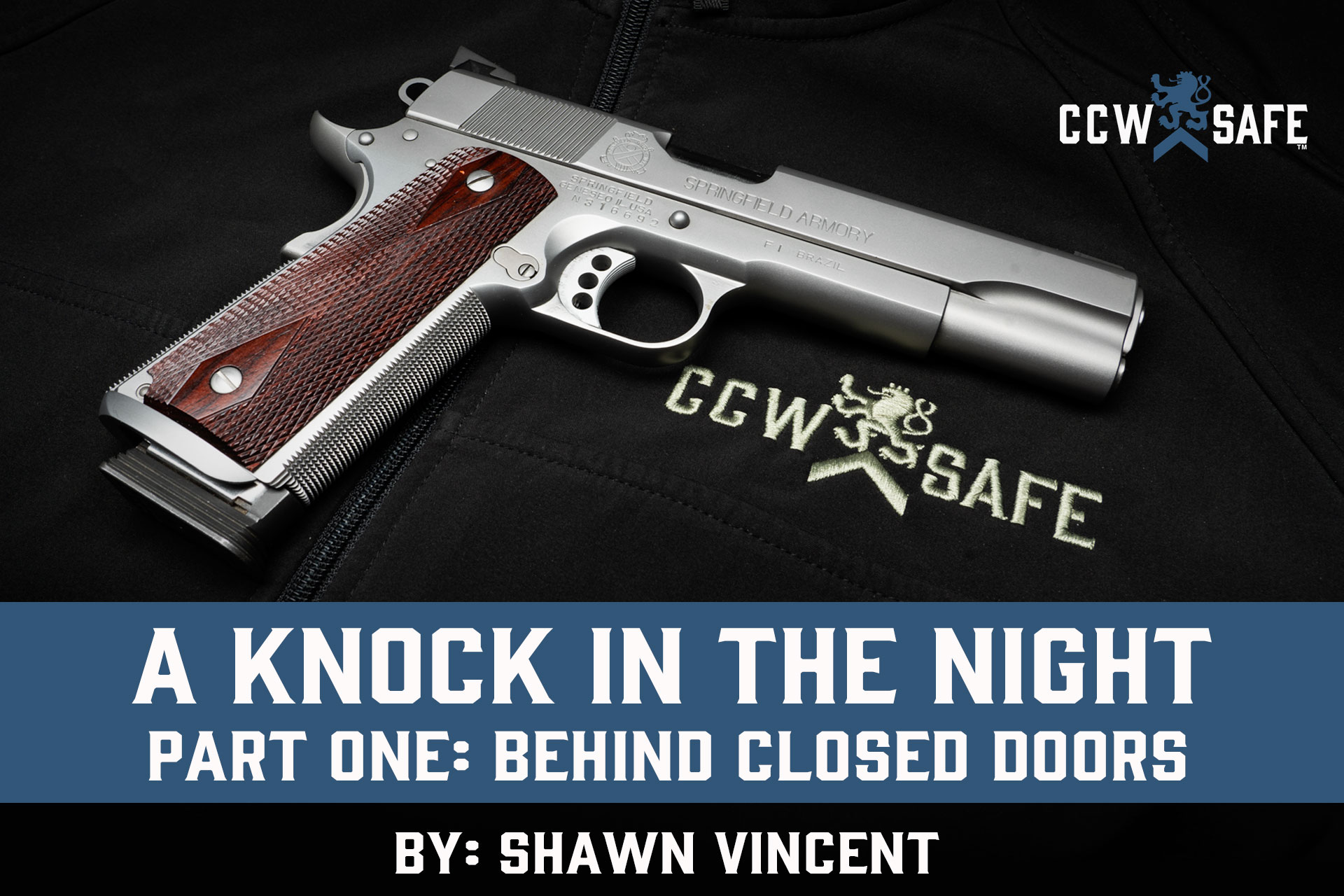 Posted on March 13, 2020 by Shawn Vincent in In Self Defense

A Knock in the Night Part One: Behind Closed Doors

A Knock in the Night

Part One: Behind Closed Doors

41-year-old Chief Petty Officer John Hasselbrink had been stationed at Pearl Harbor for all 22 years of his Naval career.  Scheduled to ship out on the nuclear attack submarine USS Illinois, Hasselbrink did what many sailors would do the night before a deployment; he went out drinking. With a blood alcohol level of 0.25, Hasselbrink Ubered home to his Ewa Beach apartment. Each unit in the row of townhomes looked similar to the next, and in his inebriated state, the sailor wandered up to the wrong door.

Army vetran Greggory Farr was asleep in his home when a stranger tried to enter just after 3:30 a.m. The man outside was manipulating the door knob and striking the door with his shoulder.  Farr, hobbled from a recent ankle surgery, retrieved his AR-15-style rifle. He could see the stranger through a window arch in the door. He warned him away. He showed that he had a rifle. When the intruder continued to attempt to gain entry into the home, Farr fired a single round through the door. It struck Chief Petty Officer John Hasselbrink in the neck — a fatal wound.

Farr has been charged with manslaughter.

Don West, criminal defense attorney and National Trial Counsel for CCW Safe says this is a case of two people who were a world apart and ended up colliding in a tragic circumstance. This is not the first tragic encounter between a home defender and a mistaken intruder we have explored. We’ve written extensively about Ted Wafer who shot Ranisha McBride on his front porch; he mistook the injured, intoxicated 19-year-old girl for an intruder when she was probably desperately looking for help.

While it must be terrifying to awake to someone trying to enter your front door in the middle of the night, based on our research, such a scenario is much more likely to be a mistake than a real threat. Don West says, “It’s not somebody bursting into your house to hold you at gunpoint to steal something from you if they bang, and yell, and want you to come open the door. They may be crazy. They may be drunk, but it’s not likely that they’re part of a  home invasion team.”

Does that mean Farr was wrong for fetching his rifle? Of course not. And he did the right thing when he warned the would-be intruder and demonstrated that he had a firearm. According to reports, Farr asked his girlfriend to dial 9-1-1, so he did the right thing there as well. Farr’s critical mistake was that he fired too soon. As long as there was a locked door between them, Hasselbrink was not an immediate threat to Farr or his family.

Sometime ago, we shared a story from a CCW Safe member who preferred to remain anonymous. Much like the home defenders we’ve talked about here, this California rancher was startled by a stranger trying to open his front door late at night. Like Ted Wafer and Greggory Farr, the California rancher retrieved his firearm. Like Farr, he issued a warning, displayed  his weapon, and had his partner dial 9-1-1. But unlike Wafer and Farr, the California rancher decided he wouldn’t fire unless the stranger on his porch somehow breached the threshold of his home. The rancher described a harrowing moment when, face to face with the intruder, only a pane of glass separating them, he warned the stranger that if he came into the home, he’d shoot him. Luckily, police arrived before he ever had to pull the trigger.

We also explored the case of a Cincinnati mother of five who had a dramatic encounter with her violent ex-boyfriend when he demanded to be let into her home. He tried desperately to enter the front door, and ultimately he wrestled a window-mounted air conditioning unit from it’s frame. It was only when he tried to crawl through the opening he had made that the mother fired, incapacitating the intruder.

The California rancher and the Cincinnati mother faced terrifying encounters similar to those of Ted Wafer and Gregory Farr, but they both had the presence of mind to arm themselves and wait until the intruder breached the threshold of their home before resorting to lethal force. Wafer and Farr faced prosecution; the rancher and the mother did not.

The lesson for concealed carriers and gun owners concerned with home defense is that, while the law tends to give broad latitude to home defenders, the threat of injury or death must still be iminent before deadly force is justified. As long as the threat is behind a locked door, it’s most likely not imminent. Each circumstance, of course, must be judged on its own merits, but the longer you can safely wait before using deadly force against an intruder, they lower your legal risk is likely to be.