Posted on May 8, 2017 by Kyle Sweet in Uncategorized

A traditional insurance company has to be licensed in every state where it does business, pay fees, taxes, and expenses in order to write policies in that state. The insurance company collects your premium payment, and out of that has to pay regulatory fees, marketing, compliance, claims, underwriting, as well as things like salaries of a large number of employees in all the states where it does business. Now, add all of that up and you have a tremendous amount of expenses that get passed down to you, the consumer.

A Captive insurance company is a self insurance model that allows a company to create it’s own insurance company which insures the risk to the company. The company pays into its Captive a premium that is invested and grows in the markets, creating even more available funds to satisfy the claims made to the Captive from the Company. So in this instance, a Captive is a funding mechanism for CCW Safe that allows every membership to be backed by insurance without any of the traditional insurance models expense. Thus, your membership is backed by insurance and the financial stability of an insurance company without any of the expenses being passed on to you. The Captive exists for one reason: to pay for the services that are provided to members.

Traditional insurance companies do not understand firearms or firearms ownership, express no commitment to the Second amendment, and will only write insurance at higher prices while providing less actual coverage. 2A Insurance, on the other hand, was expressly created to serve the needs of CCW Safe, a company built to protect the legal rights and freedoms of gun owning Americans. 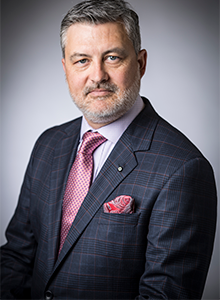 Kyle has represented hundreds of cases in state and federal courts throughout the United States and in matters before regulatory and licensing agencies. He is regularly a featured speaker nationwide on issues such as Medical Staff Services, Negligent Credentialing, Perinatal Safety, Defensive Medical Charting, Dealing with Disruptive Physicians, Overcoming Surgical Complications and Catastrophic Medical Malpractice Defense. He is also a proud former Police Officer.