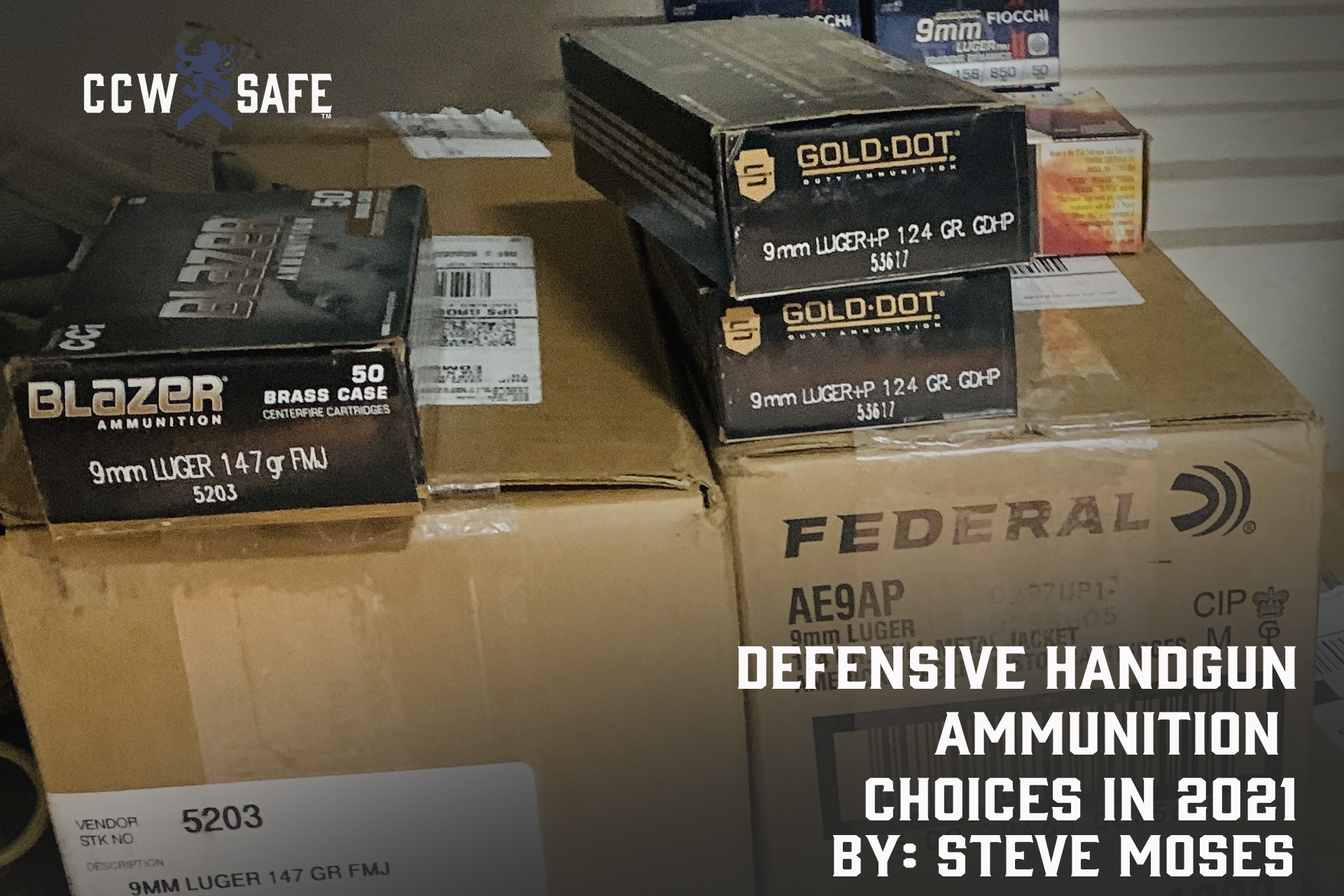 Posted on January 25, 2021 by Steven Moses in Training

It is now January of 2021, and we are still undergoing an ammunition shortage. Quality handgun ammunition in the calibers and bullet types most sought after by concealed carriers is difficult to find or prohibitively expensive. There may come a time (and it may already be here for some) that the only ammunition readily available is the full metal jacket round nose (“FMJRN”) version most commonly used for training, competition, and recreational shooting. FMJRN bullets are considered inferior to modern hollow-point ammunition for defensive use due to the fact that they have a narrow frontal edge and were not designed to expand upon impact. Does that mean that concealed carriers (assuming that no other reasonable options were available) now lack the means to mount an effective defense against those persons attempting to seriously injure or kill them or their loved ones?

9MM FMJRN ammunition was the pistol ammunition issued to the majority of the members of the various branches of the United States Armed Forces as well as many foreign military organizations for decades. While modern hollow-point ammunition is superior to FMJRN ammunition when it comes to civilian defender self-defense, that is not to say that FMJRN ammunition is ineffective. People often use the mystical term “stopping power” when talking about defensive ammunition, which has nothing to do with another often-used term called “knockdown power.”

Knockdown power likely has merit when it comes to shooting steel plates or bowling pins in shooting competitions but not when it comes to self-defense. The physics are simply such that a 9mm handgun round, regardless as to whether it is a hollow-point or FMJRN bullet, lacks the energy to knock a person off their feet. The term stopping power could be construed to mean the ability of a fired round to cause a violent criminal attacker upon being shot to temporarily or permanently cease all actions capable of causing serious bodily injury or death to others. The reason for this cessation in action is likely to be psychological (the attacker chose to stop voluntarily on a conscious or sub-conscious level) or physiological (the attacker was forced to stop because the effect of being shot left them unable to physically continue even though they had no desire to cease what they were attempting to do).

Many stops in self-defense shootings are psychological. The majority of violent criminal offenders do not want to be shot with anything, and such stops can often be accomplished with minor peripheral hits or even complete misses. In that regard, FMJRN ammunition works just as well as the hollow-point version. In regard to physiological stops, FMJRN is not as good as hollow-point ammunition, but hollow-point ammunition is no guarantee of success either. Concealed carriers should always be aware that multiple rounds with either may be necessary to effectively deal with a motivated criminal offender who does not care if they die as long as they are able to destroy the intended target first.

Where am I going with this? A concealed carrier who has put in the sweat equity needed in order to competently shoot their concealed handgun and prepared in advance for the day that they fervently wish will never come is not ill-prepared to defend themselves with FMJRN ammunition if that is all that is available. My mindset is such that I have the same concerns with hollow-point ammunition that I have with FMJRN ammunition. While a hollow-point bullet is less likely to over-penetrate than a FMJRN bullet, they occasionally act much like one if the opening of the hollow-point bullet becomes clogged with clothing particles, and over-penetration with either is a major concern in the event of peripheral hits. As both a former law enforcement officer and tactical team member I was always concerned about over-penetration, and this was doubly so when it came to working church security in a sanctuary where there may have been more than 2,000 persons present all at one time.

In summary, nothing has changed dramatically ammunition-wise when it comes to being a responsible concealed carrier. I believe that the bottom line is that concealed carriers should be concerned about making peripheral hits or completely missing regardless of whether the ammunition in their handgun is of the hollow-point or FMJRN variety. I further encourage concealed carriers to always follow the four Golden Rules of Firearms Safety, expressly including the one that addresses the importance of always being sure of your target and what lies behind it. Concealed carriers may want to know what to do if the person then attempting to seriously injure or kill them is directly in front of others that might be hit by a bullet that misses or over-penetrates. In many instances, the answer is that the concealed carrier must change their shooting position and/or location in order to control the trajectory of the round, but that is a subject for a future article.