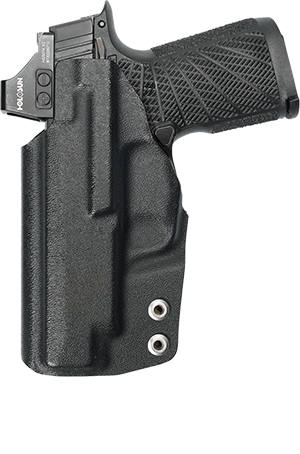 Protection and peace of mind.

Self-Defense Coverage
of the Highest Caliber.

Our self-defense legal membership plans provide you with the certainty you need to protect yourself and your loved ones. We make it easy to get the coverage that's right for you. 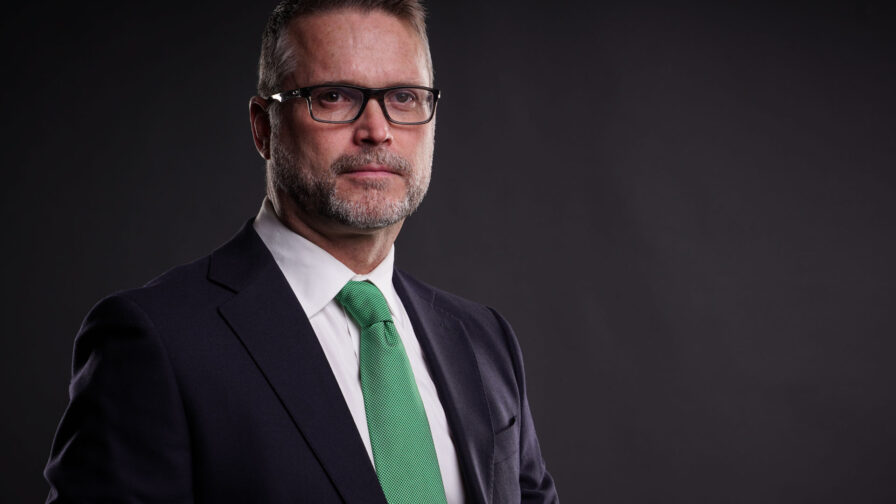 The Creation & Advantages of CCW Safe 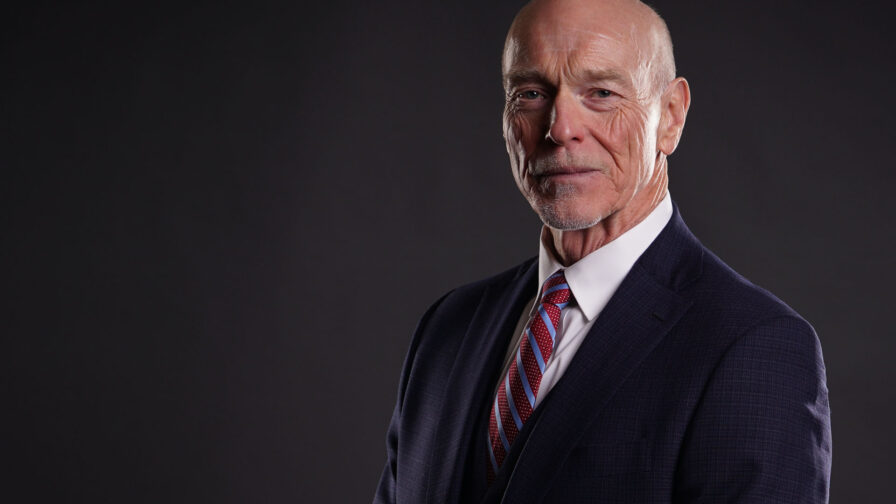 The Real Cost of Self-Defense 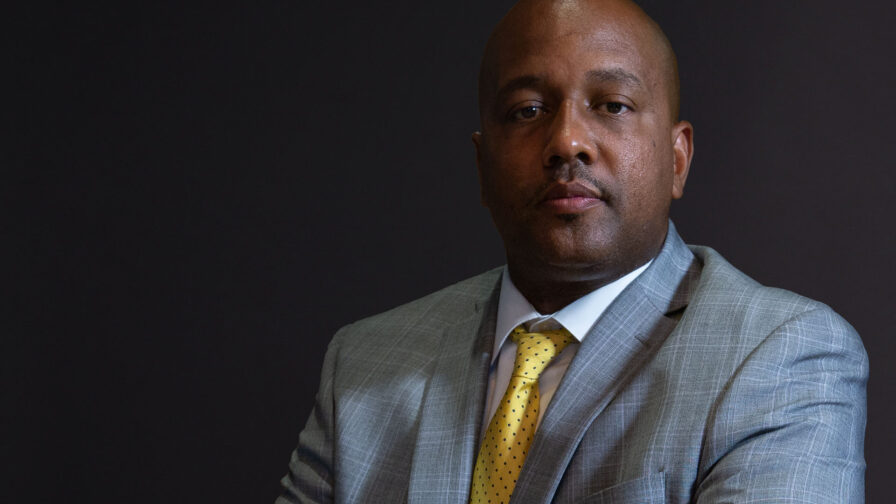 The True Story of Stephen Maddox

Best for
A concealed carrier and their spouse
Select & Learn More

RANKED #1 BY GUNUNIVERSITY.COM CLICK HERE TO READ THE REVIEW

No. CCW Safe covers 100% of your criminal trial costs even if you are found guilty.

Yes. However, the attorney you choose must then be vetted by our National Trial Counsel to verify they have the necessary experience to handle a self-defense case.

You will only be contacted back concerning your choice if the National Trial Counsel has further questions or issues with your choice.

CCW Safe has created 2A Insurance, a captive insurance company designed to provide CCW Safe with an insurance-backed funding mechanism.

Simply put, 2A Insurance provides our members with the comfort of knowing that CCW Safe insures its ability to fund the cost of legal services for its members as claims arise. Further, 2A Insurance is protected by reinsurance via an agreement with Port Royal Insurance Company, Ltd. SAC. This additional layer of protection provides the resources of a third-party insurance company to draw upon for those claims that have the potential for heavy cost outlays.

For further information or details about 2A Insurance company contact kyle@sweetlawfirm.com.

CCW Safe covers two types of “red flag” (Extreme Risk Protection Orders) administrative actions that may be taken against a member of any of our permit plans (Defender, Protector, Ultimate, HR218, or associated LE plans).

The first is for administrative actions taken against a member following a recognized self-defense use of force incident. This is covered 100% by all permit plans. Firearm replacement for this only includes the firearm used in the incident.

The second is for administrative actions taken against a member that occur outside of a recognized self-defense use of force incident. This coverage is through a “Special Benefit” with limits set, depending on the plan, of up to $5,000 or $10,000 of contracted attorney fees. Any costs exceeding the maximum amount limits set in the terms of your plan will be your responsibility.

“Red flag” laws change from state to state. It is your responsibility to understand the laws of your state.

We currently cover 47 states and Washington DC. The states we are no longer able to cover are NJ, NY, and WA. However, coverage is available for NY law enforcement officials at www.nyle.ccwsafe.com.

You can find more about the states we do not cover in our terms.

There are three types of legal actions that can result from a self-defense incident. They are administrative, civil, and or criminal.

Civil actions are legal complaints brought by individual parties in an attempt by them to seek compensation, often monetary, for the harm they believe to have been done to them.

Criminal actions are actions taken by the government against an individual who is believed to have broken the law.

CCW Safe only has one membership plan that covers an incident for those who volunteer as part of a house of worship (temple, church, mosque, gurdwara, synagogue, etc.) security team and that is the “Ultimate plan”. The Ultimate plan contains a “Special Benefit” which is excluded from other permit and non-permit plans.

Due to the fact that the coverage of “on-duty” incidents is listed as an exclusion in the terms of service to include paid or volunteer house of worship security teams a compromise was reached between CCW Safe and our Captive Insurance managers to allow this exception for the Ultimate plan since it is the only plan with built-in civil liability coverage for up to 1 Million dollars that cannot be dropped by the member. We believe this provides a proper level of coverage to you, acting as an agent for your house of worship. Normally, in a non-volunteer capacity as an agent, any organization you worked for would generally provide this coverage through umbrella insurance, bonding, and licensing.

It is the responsibility of your house of worship to cover the actions of those hired or those who have volunteered to act as “Agents” of the house of worship. However, if such coverage is not provided to you we strongly recommend that you consider the Ultimate Plan to cover yourself in the event you are involved in a recognized use of force incident on their behalf.

No paid security guards shall receive coverage under this special benefit if on-duty.

To qualify for the LE plan, you must be a commissioned peace officer, local, state or federal, with powers of arrest and the ability to carry a firearm legally while off duty and as defined by LEOSA.

No, not while “on-duty”. CCW Safe does not provide coverage for any on-duty incidents or extra-duty security incidents to include, but not limited to, police officers, private investigators, correction officers, security guards, security forces, bond agents, private investigators or military personnel, whether paid or volunteer. On-duty coverage shall be covered by the employing agency or the organization for whom the individual is working or volunteering. This includes all those hired to protect a location, individual or group, personal property and any other similar services.

CCW Safe coverage does not take the place of the employer or organization, who has a duty to defend the actions of its employee/agent officer. If a use of force incident is found to be outside the course and scope of employment, then CCW Safe would perform a coverage analysis to determine what coverage, if any, applies. CCW Safe will not provide the services for a Covered Member in violation of any restriction written in a plan description.

A “Recognized Self-Defense Use of Force Incident” is an incident where force is used pursuant to a reasonable belief that use of deadly force is necessary to protect from imminent danger of death or great bodily harm. This includes any necessary force with all legal weapons and physical force to defend against a life-threatening attack in self-defense.

A general rule is that we only cover you if you are carrying any place where it is legal to carry a concealed firearm or legal to carry open without a license in public, or on-premises where possession of a firearm is not illegal or prohibited by the property owner where it carries no unlawful charge after leaving when being asked to do so.

The exact definition of the term “gun-free zone” and the property owner rights that concern locations displaying a “No Guns” sign can change from state to state depending on the varying laws of each state. Our coverage requires you to follow the law where you carry.

In the case of “No Gun” or similar signage, we suggest you avoid challenging the business that has one, as this could possibly put you in a position to be charged without being involved in a use of force incident, and that would be outside of your coverage and the consequences and financial responsibility of that arrest would be on you.

If you are in a state which allows any business to place “No Gun” or similar signage at the entrance but also requires a representative of that business to verbally tell you to leave the premises or be arrested for trespassing, you will be covered ONLY if you are not told to leave or If you agree to leave and have to defend your life or that of another, as you are leaving. If you are told to leave and refuse, then you are accepting the trespassing charge and you will not be covered if an incident occurs following your refusal to leave.

CCW Safe is not an organization to be used for political or ideological challenges to the laws in your state.”

Yes. All of our plans cover the use of ANY legal weapon (including improvised weapons) used to defend yourself or a third party from a life-threatening attack.

As of January 1, 2021, NO incidents of self-defense with any weapon shall be covered for CCW Safe members traveling through the state of Washington.  As part of the legal agreement and cease & desist order no new membership plans or renewals of existing plans will be processed (starting January 1. 2021).

Those members paying monthly shall no longer be able to renew their payments for monthly service.  Members paying annually shall be covered up to their renewal date but not allowed to renew services (starting January 1, 2021).

No incidents shall be covered by non-residents from states that have reciprocity with the state of Washington traveling through that state.  HR218 coverage is not available until the legal challenge and the above-mentioned orders are lifted.

Our National Trial Counsel is in the process of vetting firms/attorneys in the state of Washington to share with members that have been canceled or not allowed to renew in the unfortunate event of future critical incidents.  You will receive separate correspondence with that information and unfortunately, you will be responsible for financing any future legal assistance.