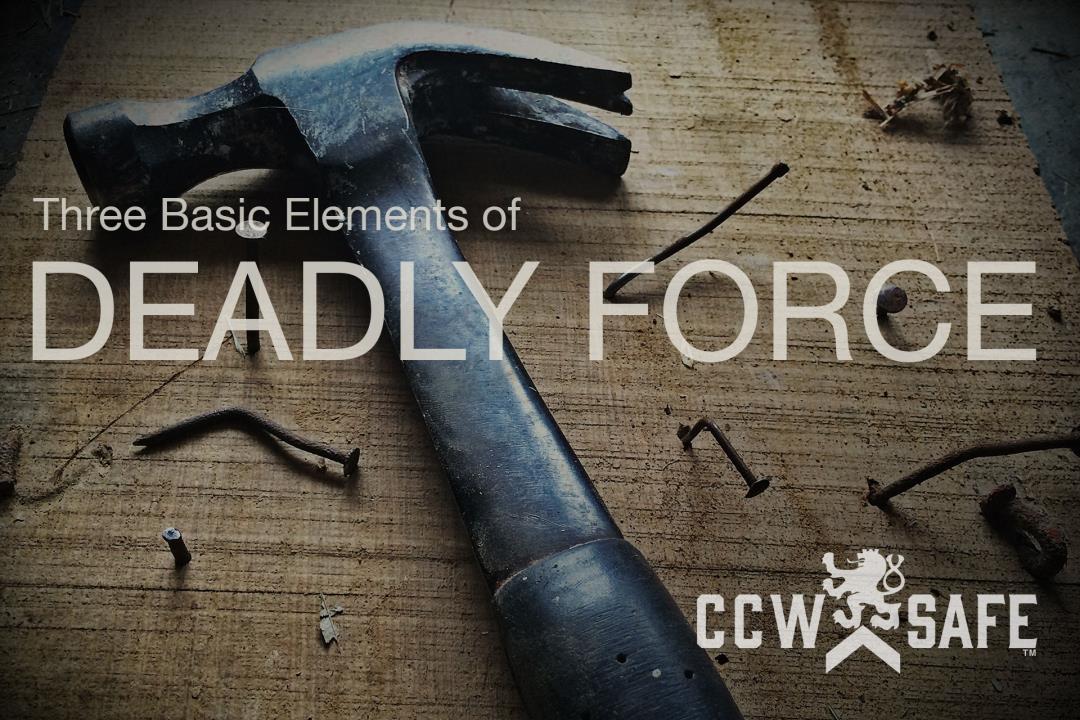 Posted on October 29, 2018 by Steven Moses in Training

“If all you have is a hammer, everything looks like a nail.”

Hammers strike nails. That’s what they were built for.

I’m aware of multiple individuals who are behind bars as a result of threatening another person with a handgun, when they could have walked or driven away from a bad situation. These open or concealed carry permit holders saw themselves as the proverbial hammer, it seems.

More than a few well-intentioned souls end up with serious criminal charges because they thought their lawfully-carried handguns were some sort of modern magic talisman for extricating themselves from dangerous situations. Many of these situations could have been handled differently … up to the point where the gun owners decided to discharge their weapon(s).

In Texas, a person commits a Class B Misdemeanor if he or she threatens to commit any violence to another person with the intent of placing that person in fear of imminent bodily danger without good cause (Texas Penal Code 22.07 Terroristic Threat). In some states, the improper brandishing of a firearm may be deemed as aggravated assault.

I would encourage CCW members, and anyone reading this article, to study their state’s laws regarding the use of deadly force. We usually tell our students that there are three basic elements to consider when using deadly force:

If I can check all three boxes, and disengagement (drive off, walk or run away, roll up my windows, lock my car doors) is not possible, then and only then do I consider resorting to my handgun – but only if a less-lethal form of defense is not an option.

Angry individuals often demonstrate their anger by yelling, cursing, adopting an aggressive posture or verbally threatening physical violence. The problem here is that these demonstrations do not necessarily mean they will attack. And we may find we’re checking off the intent box a little too early.

My concern now lies with ability and opportunity. I don’t want to discount the fact that people sometimes have weapons concealed on their body, or that they may be capable of inflicting violence with their hands, elbows and feet. But is it likely I’ll have to draw a gun to save my life if I avoided a confrontation, or disengaged as soon as the opportunity presented itself?

If I’m in a parked car and unable to drive away because of traffic, how much actual danger am I in from another person who is not visibly armed with a gun – especially if my windows are rolled up and the doors are locked? Of course, I’d be upset if Mr. Road Rage kicks my car or tries to break a window, but the reality is that my family has had vehicles vandalized in the past. And once we dealt with insurance and got the damage repaired, we forgot about the damage and our lives have been fine ever since.

Check your ego and don’t become the “hammer” unnecessarily, or simply because you’re armed. If we have to have a handgun on our person to deal with an inhospitable world or neighbor, and we’re compelled to threaten to draw it one day, the best-case scenario (assuming no shots were fired) may be that we’ll have to deal with a complex legal system afterward.

Of course, someday, sadly, you might have legitimate cause to draw your handgun. But it’s important to know when you can lawfully do so. Firearm training and conceal carry classes can help you figure out when you need to pull a gun to defend your life or the life of a loved one, and when your weapon should stay in its holster.