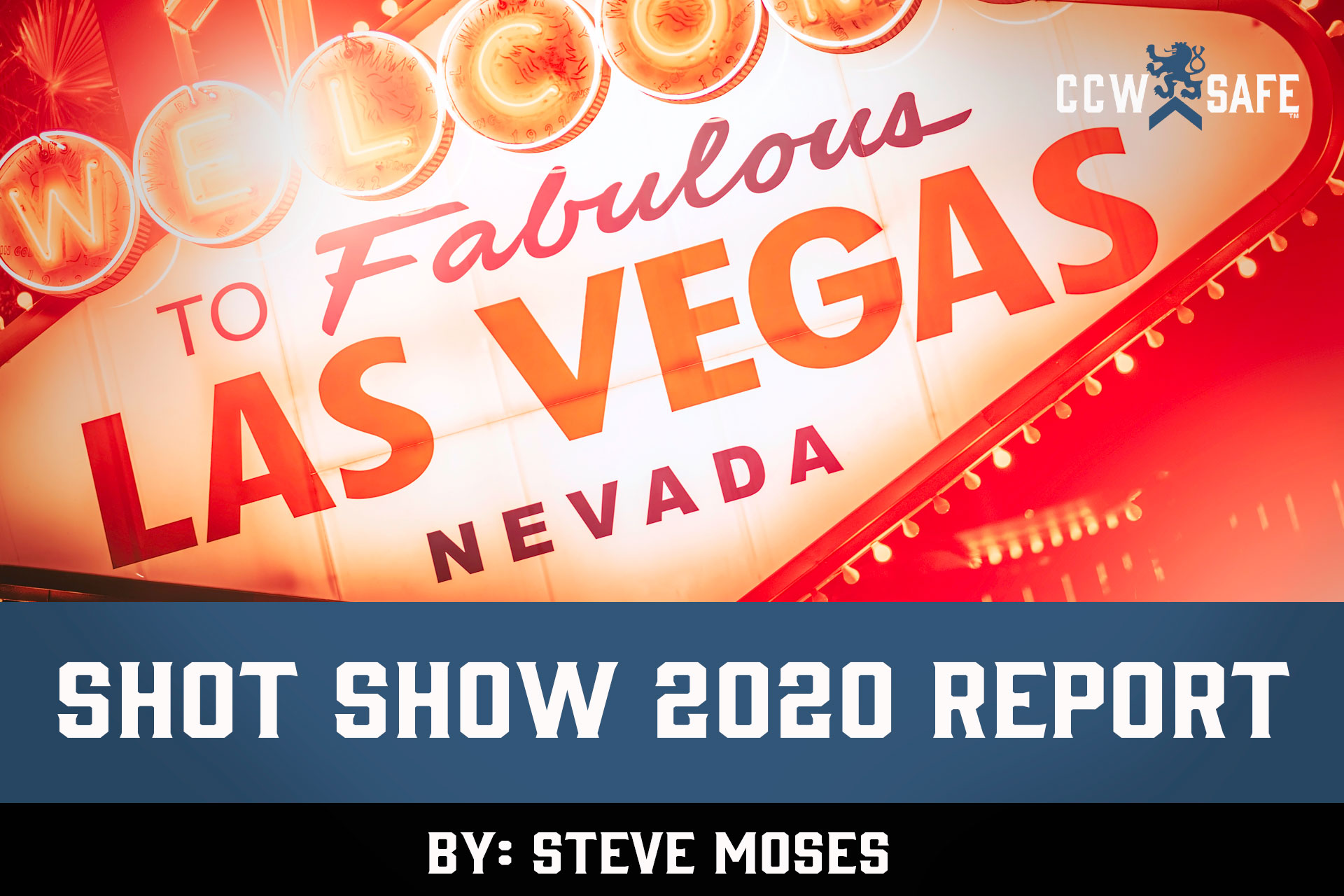 Posted on February 10, 2020 by Steven Moses in Training

The SHOT Show is best described as the nation’s largest event for professionals involved in shooting, hunting, and outdoor. Held at the Sands Expo Center in Las Vegas, Nevada, the 2020 convention featured approximately 2,400 exhibitors spread out over close to one million square feet of show space. Estimated attendance was somewhere around 60,000 with attendees arriving from many companies.  It is difficult to adequately describe the enormity of the event. It represents an opportunity for a writer such as me to find out about new guns, gear, and trends that I believe are truly applicable to smart conceal carry.

As a long-time concealed carrier and defensive firearms instructor, I tend to view the newest gear and guns with some degree of healthy suspicion. Prior experience has proven that being the latest and greatest does not always mean that something also actually works or functions in an acceptable manner. Items described in this article are items that I might purchase myself with a high expectation of later satisfaction.

I noted three distinct trends based upon either attendee interest or number of competing products of the same line. First, there remains a huge interest in compact semi-automatic pistols. Second, the miniaturized red dot pistol sight is not only here to stay but becoming a big market. Third, everybody wants to shoot better, and there is fast becoming a concealed carrier subset interested in developing their ability to shoot defensive handgun drills at blazing speed who realize that high-dollar double-stack compact pistols with tuned triggers, finely machined slide-to-frame fit, and highly visible sights or red dot optics provide a significant edge. Set out below are some of my finds at the 2020 SHOT Show that I think might be of interest to concealed carriers.

I know, thousands of products in the show and I only addressed a few of them. Trust me, there is no shortage of press when it comes to coverage of new products seen at the 2020 show.  CCW Safe’s objective is and always will be to protect its members, and one of the best ways to do that is make sure they are fully informed as to what can happen before, during, and after a deadly force encounter with a third person and then becoming as prepared as possible to not only survive the event but retain their freedom and their live savings. A critical part is owning and being able to use defensive tools, and there is no reason to not possess quality equipment that concealed carriers can depend upon. I am unable to recommend without reservation the items described above for the simple reason that I have personally tested none of them. I am also willing to say that every single one of them looked like they had great potential, and I think the chances are good that in the next few years I would say that I can recommend without reservation more than a few of them.