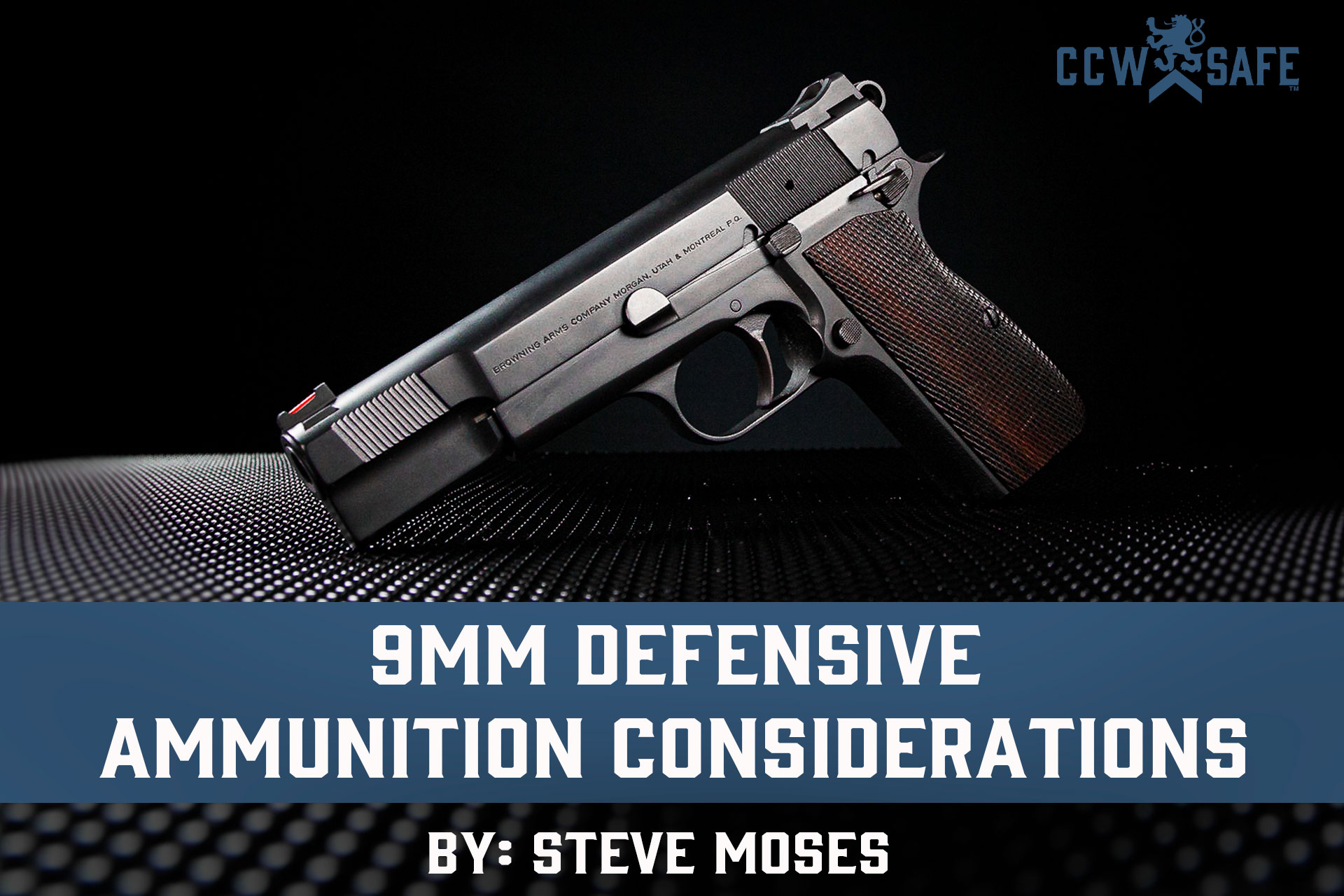 Posted on September 23, 2019 by Steven Moses in Training

When it comes to selecting gasoline for my 2014 Toyota Tacoma pickup truck, I am not particularly selective. When the needle on the gas gauge nudges one-fourth of a tank, I make it a point to stop at the next acceptable gas station.  The only thing that might cause me to consider driving further is either the condition of the station itself or if the price per gallon is not competitive with other stations in the same general vicinity. After all, it’s just fuel for my vehicle, correct?  I also know other drivers who are very brand loyal, more cost-conscious, and/or believe that there is a distinct difference in quality in gasolines sold by various companies.

Some concealed carriers have a similar view when it comes to choosing defensive ammunition for their concealed carry pistols. After all, it’s just fuel. Others are at the opposite end of the spectrum and will only purchase brand-specific ammunition that launches a specific bullet type at a specific weight at a specific velocity that expands to a certain diameter and penetrates to a specific depth and go so far as to claim all other ammunition to be somehow inferior.

When it comes to purchasing gasoline, at no time during the 100,000 miles that I have logged in my truck was I ever left in a lurch by unsatisfactory gasoline. Probably the worst that could have happened was that my engine started knocking and engine performance may have suffered. Even if my truck simply stopped running, at most I would have likely been inconvenienced and forced to have it towed followed by some repair costs. This is not true when it comes to defensive ammunition that may be used for defense against another attempting to harm or kill me. Reasons that this is a possibility include the following:

As a full-time law enforcement shooting instructor and close friend of mine with whom I have had numerous discussions covering training, firearms, bourbon, motorcycles, and ammunition, Hany Mahmoud is a fountain of knowledge when it comes to all things ballistic.  Hany and I have our differences when it comes to shooting (I am Glock-centric, and more sensitive to differences in recoil when shooting at high speed), but there is no doubt, when it comes to shopping for ammunition that he is The Man.

For concealed carriers interested in not only training on a frequent basis but interested in maintaining a reasonable inventory (remember the days when it was difficult to purchase ammunition and the scalpers were out in full force?), there is much to be said for shopping online where a box of 50 rounds of good defensive ammunition can be purchased for little more than 20 rounds in most stores selling ammunition.  The same is true for purchasing good quality training ammunition in bulk. I have consistently purchased training and defensive ammunition from SG Ammo at www.sgammo.com and been pleased with all my past dealings with them.

In summary, concealed carriers should consider selecting their defensive ammunition with care. The cost difference between 50 rounds of inferior ammunition and 50 rounds of quality ammunition is maybe the cost of a cheeseburger, fries, and a milk shake.  Will the ammunition a concealed carrier uses defending his or her life likely affect the outcome of a deadly force encounter?  Probably not. Is the potential cost and harm to the concealed carrier high if the attacker is not stopped soon enough or a pass-through strike an innocent third party? Absolutely.

There is no good reason to cheap out on that one item that is not that expensive in the first place.