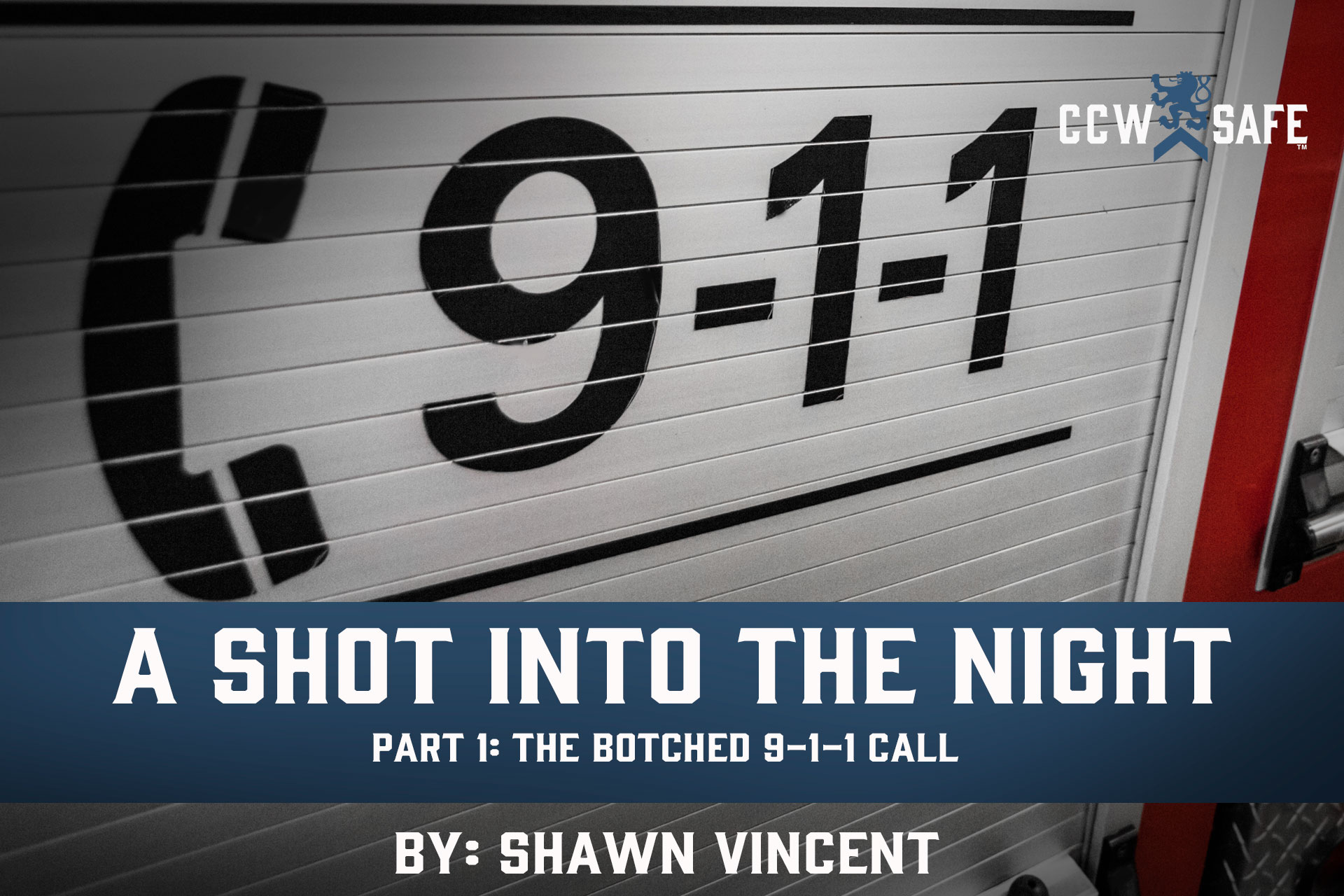 Posted on February 21, 2020 by Shawn Vincent in In Self Defense

A Shot into the Night

Around 5 a.m. on a September morning, 72-year-old James Meyer of Dallas, Texas awoke to noises in his backyard. According to the police affidavit, Meyer “saw someone trying to break into his storage shed with a pickax when he looked through the window.” He grabbed his pistol, chambered a round, and exited his home to confront the man, yelling at him to stop what he was doing, warning he’d shoot if the intruder came closer.

But the intruder took several steps toward him, Meyer told police. That’s when he fired a shot. The intruder dropped the pickax and fled towards a park that is adjacent to Meyer’s backyard. Meyer admitted to police that he fired an additional shot “into the night” as the intruder fled.

Unsure whether he had shot the intruder, Meyer went back to bed. When he awoke two hours later, Meyer saw what appeared to be a “black bag” in the park beyond his yard. Upon inspection, it turned out to be the lifeless body of the intruder laying face down with a bullet hole in the back of his neck.

Meyer had his wife call a lawyer. Then he finally called 9-1-1 to report the shooting. When police arrived, Meyer was arrested.

James Meyer made a number of mistakes during his encounter with the intruder in his backyard, but arguably the most critical mistake, the one most detrimental to his self-defense claim, was his failure to immediately report the incident. Meyer had two clear instances where calling 9-1-1 could have changed the legal outcome of his case.

The first opportunity to call 9-1-1 came when Meyer detected the intruder attempting to break into his backyard shed.  Instead of confronting the man and risking a deadly encounter, had Meyer called the police, he may have avoided the shooting altogether. After the call, if Meyer still decided to confront the intruder — which was his legal right to do — when the police arrived at the scene of the shooting, it would have been predicated by the 9-1-1 call and investigated in a different context.

The second, and most obvious, opportunity to call 9-1-1 came immediately after the shooting. Meyer told police that he fired his second shot “into the night,” and while it’s likely that Meyer had no idea that he shot the intruder, he couldn’t have known for sure. Regardless, discharging a firearm at someone — whether or not anyone is injured — is always a big deal and should be reported.

We recently explored the case of Marissa Alexander who fired a warning shot at her estranged husband after he physically attacked her. The bullet harmed no one and her husband fled.  Alexander failed to call the police because she felt she and taken care of the situation and it was over. Instead, her estranged husband called 9-1-1, and when police arrived, she was treated as the suspect, not the victim. It resulted in a legal drama that lasted years and included 1,000 days behind bars.

Don West is National Trial Counsel for CCW Safe and a career criminal defense attorney. West imagines a scenario where Meyer calles 9-1-1 immediately after the shooting, says he interrupted a burglary in progress and was threatened by a man with a pickax. “When police come over and they find a guy bleeding or dead behind his house,” Don says, “I don’t think charges get filed in that situation. He may not even get arrested if those facts seem plausibly probable.”

But that’s not what happend. Meyer waited an unforgivable two hours before reporting the incident, and before he called 9-1-1, he had his wife call a lawyer. While we always advise getting a lawyer on board quickly in the wake of a self-defense shooting, Don says, “The sequence of events is suspicious. It’s not necessarily a bad thing to talk with your lawyer immediately, but I’m not so sure you make that to be the first call when you intend to call 9-1-1 to start with.”

Even the 9-1-1 call itself was strange. According to the police affidavit, “he refused to answer the dispatcher’s questions, saying repeatedly that he was the victim of a crime and that medical assistance was needed.” While we generally advise against volunteering too much information on a 9-1-1 call, Don West says it is important to be cooperative with dispatchers and provide information that will help them understand the nature of the situation and respond quickly and appropriately to the incident. Don also says it is appropriate for the defender to ask someone else present to make the 9-1-1 call.

Although neighbors came to Meyer’s defense, vouching for his character, he has been charged with murder, and he faces a difficult legal challenge, in part because he waited so long to dial 9-1-1.

The lesson for concealed carriers and gun owners concerned with home defense is that anytime you discharge  your firearm at an intruder, regardless of whether or anyone is shot, you or someone present should immediately call 9-1-1. Better yet, if you are in a position of relative safety and the intruder does not impose an imminent threat toward you or your family, dialing 9-1-1 should be your first instinct.