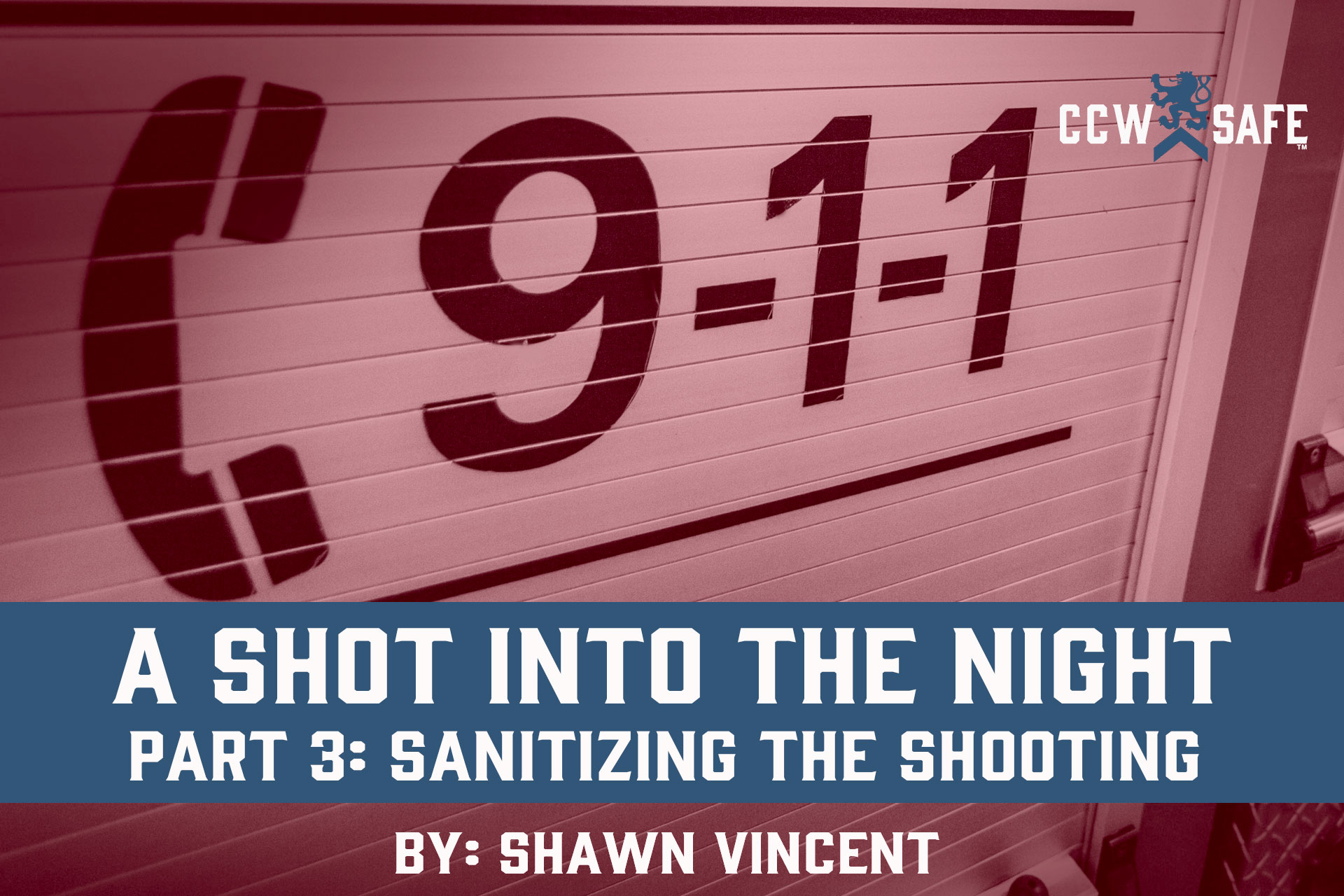 Posted on March 6, 2020 by Shawn Vincent in In Self Defense

A Shot into the Night Part 3: Sanitizing the Shooting

A Shot into the Night

James Meyer made a number of mistakes when he discovered a man breaking into his backyard  storage shed not long before sunrise on a September morning in Dallas. First, rather than call 9-1-1, he grabbed his pistol and left a position of relative safety to confront the intruder, risking a deadly encounter. Then, after he fired a round and scared the intruder away, he blindly fired another shot “into the night,” as the police affidavit reads. Next, unsure if he had shot the intruder, he inexplicably decided not to dial 9-1-1 to report the incident. Instead, he went back to bed.

When Meyer awoke two hours later, he saw an object that looked like a “black bag” lying in the park adjacent to his yard. When he investigated, he discovered it was the body of the intruder, lying face down in the dirt, a bullet hole in the back of his neck. Did Meyer call 9-1-1 then? Not quite yet. First he had his wife call a lawyer, then he finally made a strange emergency call where he refused to respond to the dispatcher and repeated over and over that he was a victim of a crime and that medical assistance was needed. It sounded suspicious and rehearsed.

When police arrived, they were, perhaps, surprised to find that the man Meyer shot had been dead for some time. That’s when he admitted that the event happened hours earlier. He also said that after he scared the intruder away with the first shot, he had fired a second round “into the night,” but neighbors reported hearing a total of three shots. When investigators couldn’t find any shell casings, Meyer admitted that he had collected them and thrown them away. He had manipulated the scene and destroyed evidence. It’s a bad way to start off a credible self-defense claim.

All these strange details make it appear that Meyer was trying to sanitize the shooting by adjusting his story and manipulating the evidence. It’s not the first time we’ve encountered this type of behavior.

Ted Wafer of Dearborn, Michigan awoke to violent pounding on his front door at 4 a.m. He grabbed his shotgun, and during a break in the pounding, he opened the door to investigate and was surprised to see a dark figure standing on his porch. He fired a round, striking the person in the head. She turned out to be 19-year-old Renisha McBride, a recent high-school graduate who was drunk, high, and injured from a car crash. Wafer called 9-1-1, and when police arrived, he told them that he fired his weapon accidentally — perhaps he felt that was somehow less serious than firing on purpose. Self-defense, however,  is an affirmative defense, meaning the defendant admits to committing the act, and asserts that the act was justified. You can’t affirmatively do something by accident.  Wafer’s attempt to sanitize the shooting scuttled his legal defense. He was convicted of second degree murder.

In Elizabeth City, North Carolina, Gyrell Lee witnessed a man shoot his cousin in the middle of the street during the early hours of New Year’s Day, 2013. Lee, a concealed carrier, knew he was next, so he drew his pistol and shot first, fatally wounding the assailant. Then, for some reason, he ran and hid his gun under a trash can. He never reported the shooting. In the morning, police arrested Lee and charged him with murder. Lee claimed self-defense, and while he had a compelling case, his legal team had trouble explaining to a jury why Lee, if he knew he was justified in using deadly force, felt he needed to hide his gun. A tearful jury reluctantly convicted Lee in 2015.

Byron Smith from Little Falls, Minnesota shot two teenagers who had broken into his home on Thanksgiving Day, 2012, Like Gyrell Lee and Ted Wafer, Smith claimed self-defense. Similar to the Lee case, Smith failed to report the shooting. Like James Meyer, Smith’s first instinct was to call his lawyer rather than report the event. When it comes to efforts to “sanitize the shooting,” Smith took the extraordinary and macabre step of wrapping the teens’ lifeless bodies in tarps and dragging them into a dark corner of his basement. A jury  had no reluctance when they convicted Smith of first degree murder.

Each of these defenders started off in a scenario where the use of deadly force seemed clearly justifiable, but each made mistakes following the shooting that caused them to appear guilty. Attorney Andrew Branca, a renowned authority on self-defense laws, calls this “consciousness of guilt evidence.” He says it refers to “the recognition that the behavior and conduct of someone who believes they’ve done something wrong often differs in observable ways from . . . someone who doesn’t.” Those behaviors include, lying to the police, fleeing the scene, or tampering with evidence.

Don West, National Trial Counsel for CCW Safe and veteran criminal defense attorney, says that the urge to sanitize a shooting by adjusting the story or manipulating the evidence will ruin your credibility and undermine your self-defense claim. “You start messing with the scene,” Don says, “and pretty soon the police cannot prove your own story.”

The lesson for concealed carriers is that self-defense is an affirmative legal defense. You are admitting to homicide, and until a shooting is determined to be justified, the scene of the shooting is a crime scene. Any attempt to manipulate the scene will destroy the credibility of your claim. Any effort to make your story sound better risks putting your account at odds with the physical evidence.

A defender who feels justified in using deadly force should report the shooting immediately. He should not manipulate any of the evidence because he’ll need the scene to be untouched to corroborate his testimony. When he does give testimony, with the advice of a lawyer, it should be accurate and honest.