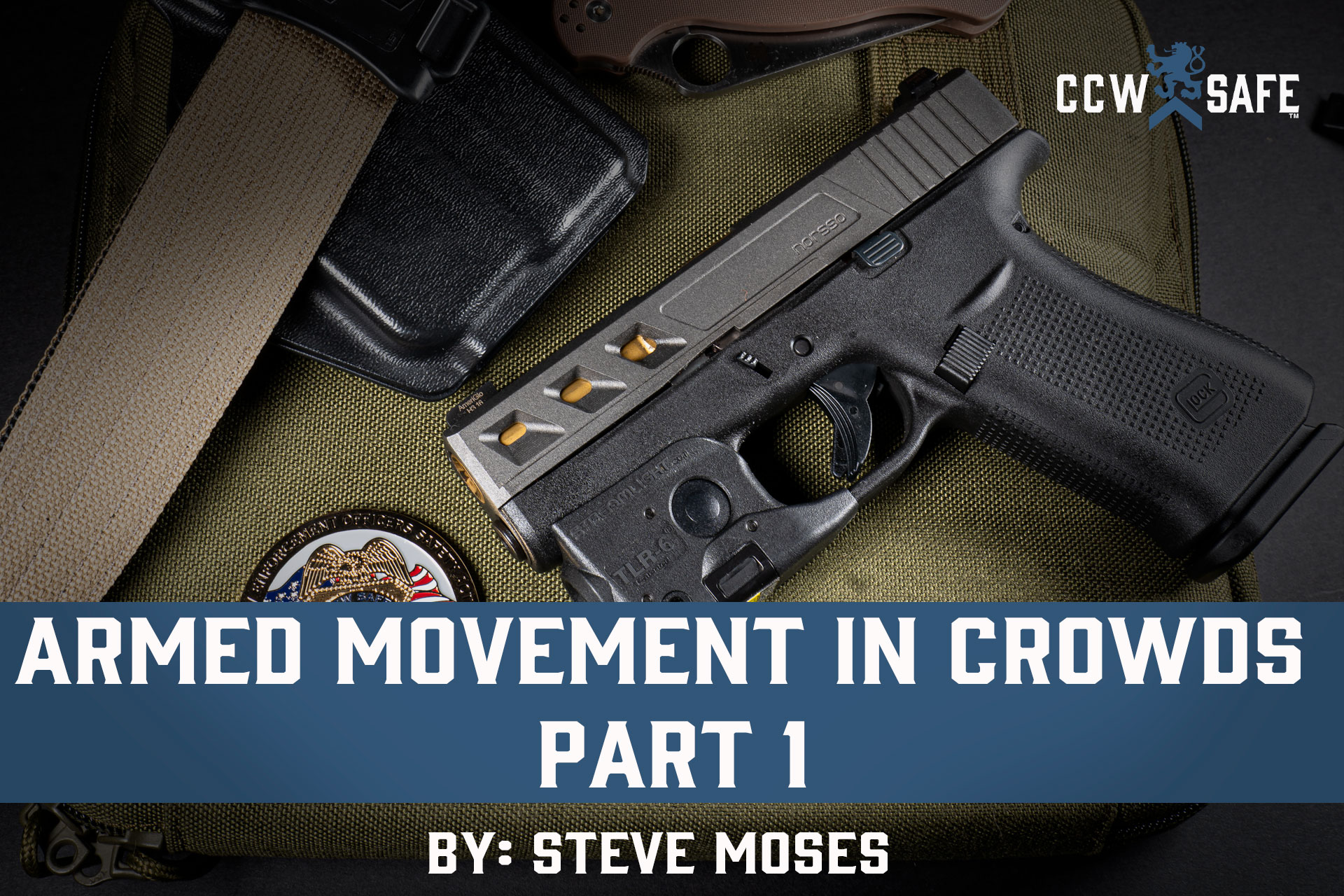 Posted on January 27, 2020 by Steven Moses in Training

I attended an excellent course taught by John Holschen  at the 2019 Rangemaster Tactical Conference addressing the subject of preparing for extreme violent events that go well beyond more common criminal assaults such as robbery, road rage, robbery, sexual assault, and other violent crimes that tend to involve only a single victim or small number of victims.

I am talking about events involving an Active Shooter (“Shooter”), whether one or more. Very few of us have been called upon to engage an actual Shooter, and what law-enforcement training some of us have had is focused entirely on our aggressively hunting down and stopping the Shooter.  That same response might not be the best choice for a concealed carrier who finds him or herself in the middle of a similar event. In many instances the best option will be to disengage and exit the premises with the understanding that there is a possibility of encountering a Shooter in an area where non-combatants parties are present.

Having said that, how many of us are willing to do that if that means leaving without a family member or loved one that is not by our side at the moment? It is indeed possible that moving to the area in which there is a Shooter might be the best possible option, and in doing so there is a good chance it might occur in a crowded area that may or not be in state of panic.

An Active Shooter event might involve one actor or more actors. It might involve sniping from a distance or close distance contact measured in mere feet. Concealed carriers should understand that the proximity of the Shooter may very well dictate the most appropriate responses.  At least two variables concealed carriers should consider is the estimated proximity of the Shooter and the concealed carrier’s capabilities.  Possible responses include those where the concealed carrier must protect his or her family whether moving with them or moving to them, and those in which the concealed carrier is willing to proactively take on personal, legal, and possibly criminal risks to protect others by engaging the Shooter. Note: there is a huge difference between placing ourselves in harm’s way in order to protect others and jumping at the chance to become a self-designated “hero”.

Actions that might need to be taken in such an event include more or less remaining in place (which may still mean moving to a close-proximity, safer, and less exposed defensive position until enough information can be obtained in order to safely disengage), moving some distance immediately to a safer place, and moving in the direction of a possible violent offender or offenders with intent to possibly engage. Many, if not most, active shooter events happen where there is a significant number or persons present, which means that any kind of movement is likely to take place in a crowd.  John noted that the distance at which we first became aware of the threat should be taken into consideration prior to taking an actions. He said the distance can be more or less broken into three categories:

Part Two of this article discusses several different handgun ready positions that the concealed carrier should know, techniques that may allow the concealed carrier to move quickly through crowds while maintaining appropriate awareness and the ability to quickly respond with force if contact is made with the Shooter, and other problems the concealed carrier might find during extreme events in which armed movement in a crowded area is seen as the best option.