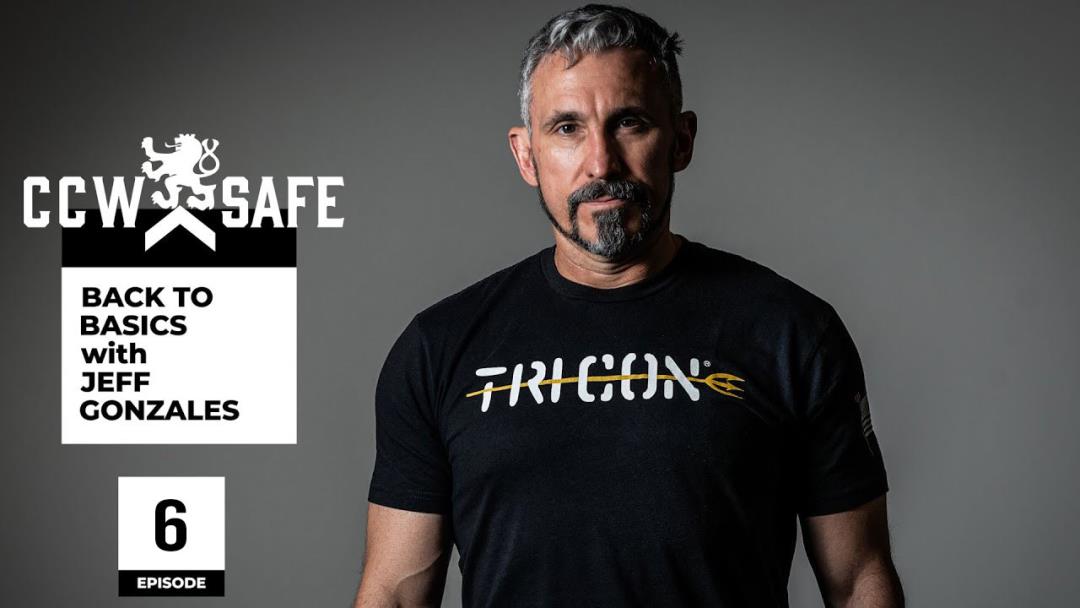 Posted on October 11, 2021 by Jeff Gonzales in Training

Back to Basics with Jeff Gonzales Episode 6: Behavioral Observations

VIDEO – Back to Basics with Jeff Gonzales Episode 6: Behavioral Observations

CCW Safe is proud to present the Back to Basics video series with Jeff Gonzales of Trident Concepts. This series focuses on the fundamentals and basics of concealed carry.

In Episode Six Jeff talks about pre-assault indicators and why paying attention to the behavior of those around you is an important part of self-defense.

Jeff Gonzalez: Hi. I’m Jeff Gonzales, President of Trident Concepts. I’m here for Back to Basics with CCW Safe. Today we’re going to talk about behavioral observations. What are we talking about here? Well, if you’ve ever hung out at the airport waiting for a flight you’ve probably done some people-watching. As you’re doing this people-watching, what you’re basically doing is you’re paying attention to what is happening around you, and in particular people themselves.

You’re looking, and maybe you recognize something that you like, maybe a piece of clothing, or maybe you recognize somebody that’s not probably really well-prepared to travel. You’re paying attention to these types of things. Those are interesting behavioral observations, because what we want to try to do is we want to use that natural curiosity that we all have and temper it to be able to help us to spot criminal behavioral patterns.

What are some of these pre-assault indicators? Well, a couple of them are going to be focused on body language. When we’re talking about paying attention, the first thing we talk about is pay attention to their hands. What are the hands doing? You might notice that the hands are very active. They’re moving, they’re doing a lot of talking like I’m doing right now, and that’s great, that’s awesome because you can see their hands plainly. You can see whether or not the hands are holding some sort of item that could potentially be used as a weapon, or they’re actually holding a weapon itself.

Other things that you want to take into consideration is their stance. What type of stance do they have? If they’re walking, how are they walking? Are they walking with purpose, are they walking with intention, or are they just trying to get from one place to another? Then if they’re standing, how is their body erected? Are they bladed in a more combative-type stance, more of a fighting stance? Are they facing you shoulder to shoulder like you would talking to anybody else normally in the world? These are simple things that you want to think about.

Then other things that you want to talk about is balance shifting. If they’re constantly shifting their weight back and forth, that’s probably telling you something else as well. They’re not quite sure what they’re doing, they’re not quite sure why they’re doing some things, and a lot of this can lead to some of the psychological aspects of what’s going on in the criminal’s mind. They want to avoid injury and incarceration, so because they want to avoid those, those elicit a fear-based response in them, and that fear-based response can come out in a lot of different ways. Cueing like that back and forth. It could be also doing a lot of movement towards their face, rubbing their eyes, touching their hair, touching their neck.

Other things that you might also pay attention to is when we talk about their hands. Yes, okay. Maybe they don’t have anything in their hands, okay. Maybe their hands are in plain view, okay, but what specifically are they doing with their hands? If their hands are relaxed and loose, okay, great, but what if they start to actually clench their fists? Well, this is not normal behavior. Why are they clenching their fists? They’re probably clenching their fists because they’re about ready to do something, or they’re becoming agitated. As they become more and more agitated they start to become more and more aggressive.

One of the other things that you need to be careful about is target glancing. What is target glancing? Well, let’s say that you’re carrying a nice bag, or maybe you have a really nice set of headphones. You take the headphones off, you have them in your hand. Now, during the conversation, what you have is you have the other individual who’s looking at you and then glances down at your hand. Looking back at you, glances down at your hand. What he’s doing subconsciously is he’s telling you what he’s focused on. He’s not really focused on you; he’s focused on what you’re holding in your hand, which is a probably high-dollar item. That’s something that we also want to be paying attention to.

The last thing that we talk about as far as these pre-assault indicators is when they try to mask their hostile intentions. That’s definitely something that you need to be paying attention to. This leads us up to kind of like a simple little formula that we talk about, which is the four Ds if you will. Detect: I need to be paying attention, I need to be looking around me, I need to figure out what I can see, what I can’t see. Then if I do find myself in a confrontation, my number one goal is to try to de-escalate.

Then one of the most important things is don’t disregard the importance behind just disengaging. “Hey, man. I can’t help you.” Turn around and start walking away. Keep an idea about where that person is in your periphery, but just leave. Just leave, don’t stay. If you can’t de-escalate then try to disengage. The last thing we talk about is defense. Defending. We talk about detect, de-escalate, disengage, and then defending. At the very least you want to take this information, recognize that it’s potentially a pre-assault indicators. Start thinking about what you’re going to do, what your plan is, how you’re potentially trying to de-escalate, disengage, and then worst case, my last option is to defend.

These are the types of things that I want people to start to think about. When you’re out and about, take a moment. You’re sitting in a Starbucks, look around you. What’s happening? What are the people doing in line? What are the people doing sitting? When you’re at the airport, same thing. When you’re standing in line at the grocery store, same thing. Just take a moment and start to pay attention to people’s behaviors. Start to learn how they interact. You can start to pick up the conversation being either positive or negative just by watching their emotions, watching their facial expressions, and that right there is hugely valuable. Very valuable.

All right. I’d love to hear your questions or comments. Please feel free to post them down below. Until then, I’m Jeff Gonzales. Take care and stay safe.