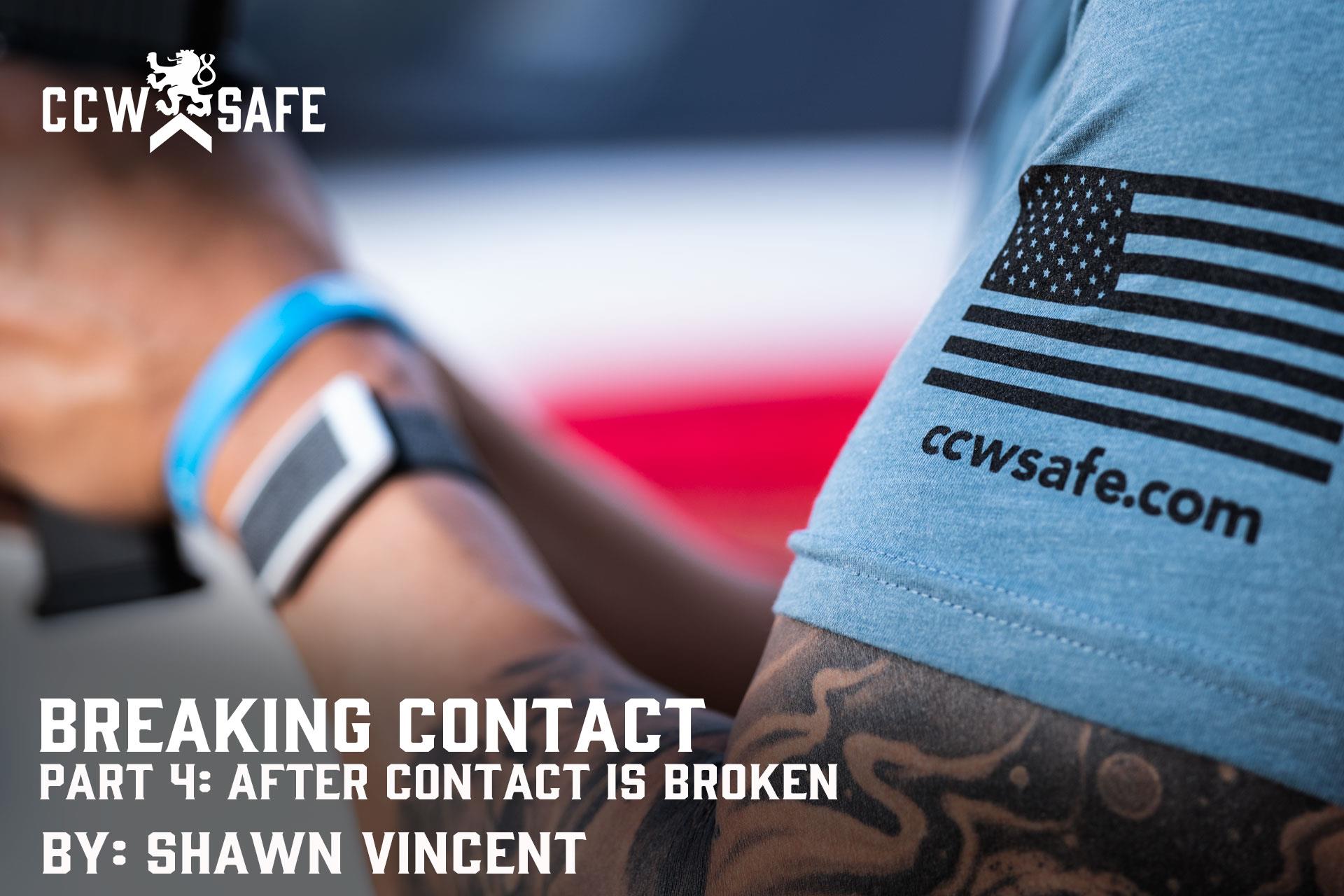 Posted on May 7, 2021 by Shawn Vincent in In Self Defense

When we study high-profile self-defense cases, identifying the lessons for concealed carriers, we often find that some combination of avoidance, disengagement, de-escalation, or the deployment of less lethal force can end a self-defense scenario without the use of deadly force. In a recent podcast discussion, our friend and noted firearms instructor Claude Werner summed up all these elements in one beautifully unified self-defense philosophy: “Our goal in personal protection is to force a break in contact,” Claude says. “We want them to go away, or we want to go away. One or the other.”

Marissa Alexander was attacked by her estranged husband Rico Gray in her own home. She says he cornered her in the bathroom and attempted to choke her, but she managed to fight her way free and escaped to the garage. At that point, she broke contact with her attacker. But then, Alexander retrieved her pistol from the glove box of her car, and she went back inside. There, she found Gray in the kitchen, and she fired what she described as a “warning shot,” a single round that missed Gray by several inches.

Despite the fact that Alexander was in her own home and no one was harmed, she was charged with aggravated assault enhanced by the discharge of a firearm — a charge that carries a hefty mandatory minimum sentence. While her lawyers mounted her legal defense, Alexander spent 1,000 days behind bars until she reached a plea deal for lesser charges that allowed her to regain her freedom with mostly time served. Because the justification for the use of deadly force requires the defender to have an immediate fear of great bodily harm or death (and legally, a warning shot IS the use of deadly force), the fact that Alexander voluntarily left a position of relative safety to re-engage her attacker undermined her self-defense claim.

From Marissa Alexander, we turn to Alexander Weiss, a Rochester, Minnesota man who was involved in a minor automobile collision on an icy winter day. When he exited his vehicle to exchange insurance information, he had a face-to-face confrontation with the teenaged passenger of the car that had hit him. The teen assumed an aggressive posture — hunched shoulders, balled fists. When Weiss suggested calling police, the teen threatened to kill him. Weiss broke contact. He went back to his car, but like Marissa Alexander, instead of using the vehicle to get further away from an angry aggressor, Weiss retrieved a pistol and went back to re-engage.

This time Weiss faced two angry teenagers; the driver had gotten out, and they made more threats. Weiss attempted a defensive display, pointing his pistol down, but the teens seemed not to take the threat seriously. One taunted Weiss to shoot, and he did. A single fatal shot to the chest. Weiss was tried twice for that shooting, and both prosecutions ended in mistrial when the juries failed to reach unanimous conclusions. Minnesota is a duty-to-retreat state, and some jurors could not forgive Weiss for his decision to return to the fight after he had successfully broken contact.

In Oklahoma City, Jerome Ersland protected himself and his employees when an armed robber and an accomplice barged into the pharmacy where he worked. Ersland drew his Taurus Judge, loaded with 410 shotshell, and fired, striking the armed perpetrator, Antwun Parker, in the head — incapacitating him, but not killing him. The accomplice fled. At that moment, Ersland had successfully broken contact with the aggressors, but he didn’t stop there.

Ersland then rushed out of the pharmacy and fired several rounds at the fleeing accomplice, endangering passersby but striking no one. Surveillance video shows Ersland reenter the pharmacy, step over the motionless body of Antwun Parker, retrieve a second pistol, and fire several rounds into Parker’s torso, killing him. After successfully and justifiably using deadly force to thwart an armed robbery, Ersland unnecessarily re-engaged, committed murder, and will now spend the rest of his life in prison.

The lesson for concealed carriers is that if you manage to break contact with a perceived aggressor, do not re-engage. If you adopt Claude Werner’s philosophy that the goal of personal protection is to “force a break in contact,” make sure you have the presence of mind to recognize when you’ve been successful. If you re-engage and are forced to use deadly force, at best you’ll undermine your self-defense claim, and at worst you’ll transform yourself from a crime victim to a murderer.