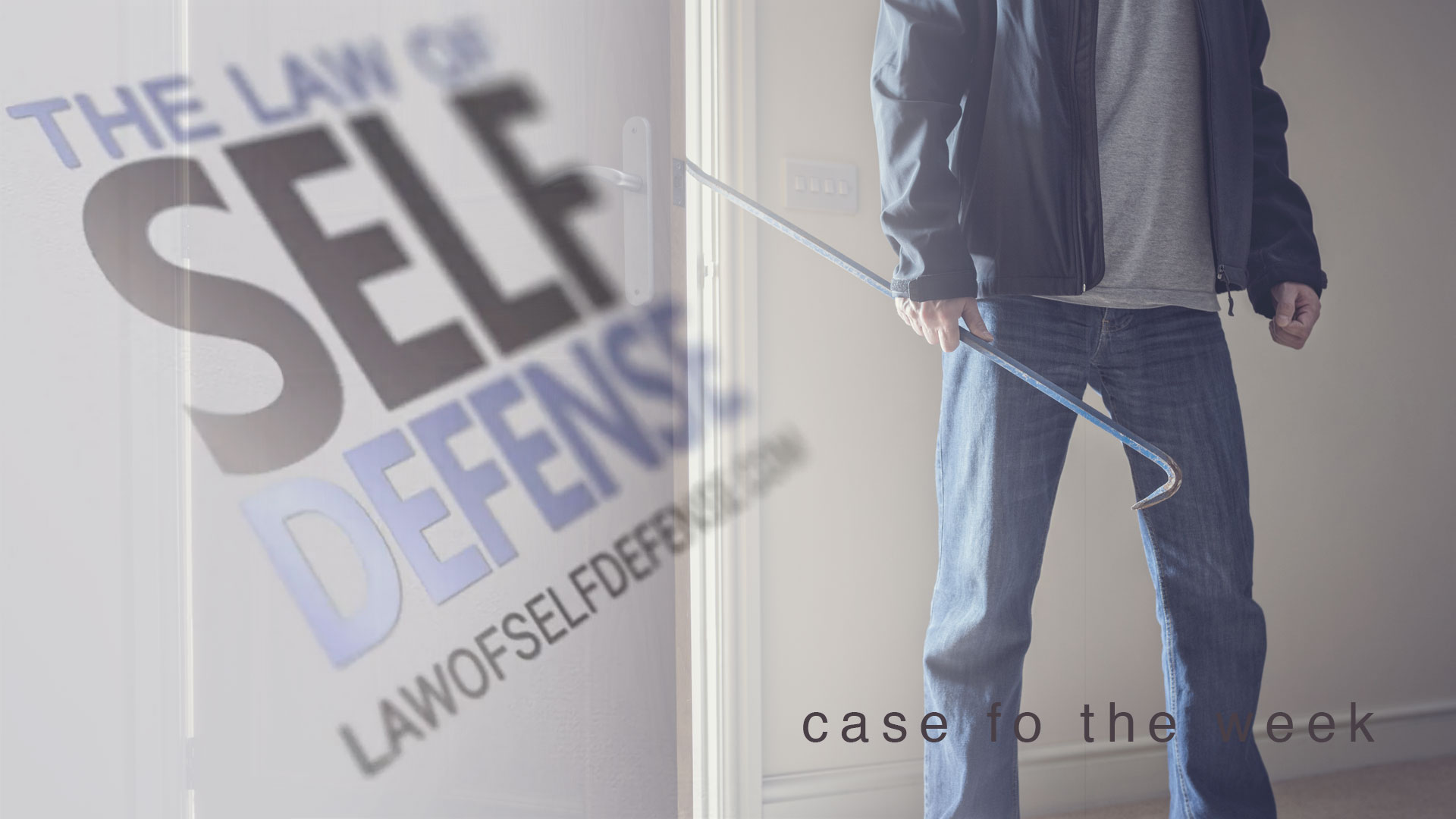 Posted on June 20, 2018 by support@ccwsafe.com in The Law of Self Defense

Case Of The Week with Andrew Branca- Home Invasion

COTW: State v. Neames: Home Invasion!
This week’s case of the week is, unusually, not an appellate court decision, but rather a recently concluded trial out of the town of Walker, Louisiana, which was brought to my attention by one of our Law of Self Defense Instructor Program graduates, and that I felt raised some interesting legal issues. The case involves a homeowner who successfully disarms a home invader, and then seizes defeat from the jaws of victory by exceeding the boundaries of lawful self-defense.

Aaron Neames was the homeowner defendant in this case, and he was away from his home when the invasion took place. The home invader and the victim in this case was one Benjamin Jarreau, and he entered the Defendant’s home armed with a rifle and the intent to rob the Defendant.

Although the Defendant was not home, three other people were at the premises, and the home invader fired his rifle into the sofa on which they were sitting in order to compel their compliance with the robbery. The home invader took their cell phones and was rummaging through the house for valuables when the Defendant returned home.

Somehow the home invader manages to escape from the Defendant’s home, and runs outside and gets into his car.

Right up to this point we have a pretty big self-defense and defense of others win, having neutralized a long-gun armed home invader and expelled him from his premises all without anyone getting shot or killed, although granted the pistol whipping likely goes a bit too far. Unfortunately, then things go sideways for the Defendant, solely as a result of poor decision-making on the Defendant’s part.

The Defendant was charged with attempted second-degree murder, and brought to trial. (The home invader was also charged, with home invasion, false imprisonment, and armed robbery, but took a three-year plea deal. He would testify against the Defendant at trial.)

Ultimately the jury found the Defendant guilty of second-degree manslaughter, and a few days ago he was sentenced to three years in prison.

So, a few take home lessons from this case.

Second, much of the media coverage of this case carried headlines asserting that this case “tested the limits of Louisiana’s stand your ground laws.” If you’re pursuing somebody after they no longer represent a threat, “stand-your-ground” is entirely irrelevant. Stand your ground does not equal pursuit of a neutralized threat.

Third, the law of self-defense allows the use of defensive force against an imminent threat, meaning a threat that’s actually taking place or immediately about to take place, and you can continue to use force so long as the threat continues to be present or imminent. Once the threat has been neutralized, however, either by your use of defensive force or simply because the threat is fleeing, your privilege to use force has ended. Indeed, once the former attacker is in flight he’s arguably regained his innocence for use-of-force purposes moving forward, and the pursuer has now become the aggressor in a second confrontation. That means that other person can now justify their use of force in resistance to you as self-defense, whereas you cannot justify their use of force against them.

Finally, if you’d like to read more about this case and the underlying events, which took place in Walker Louisiana, simply point your browser to http://www.lawofselfdefense.com/walker.