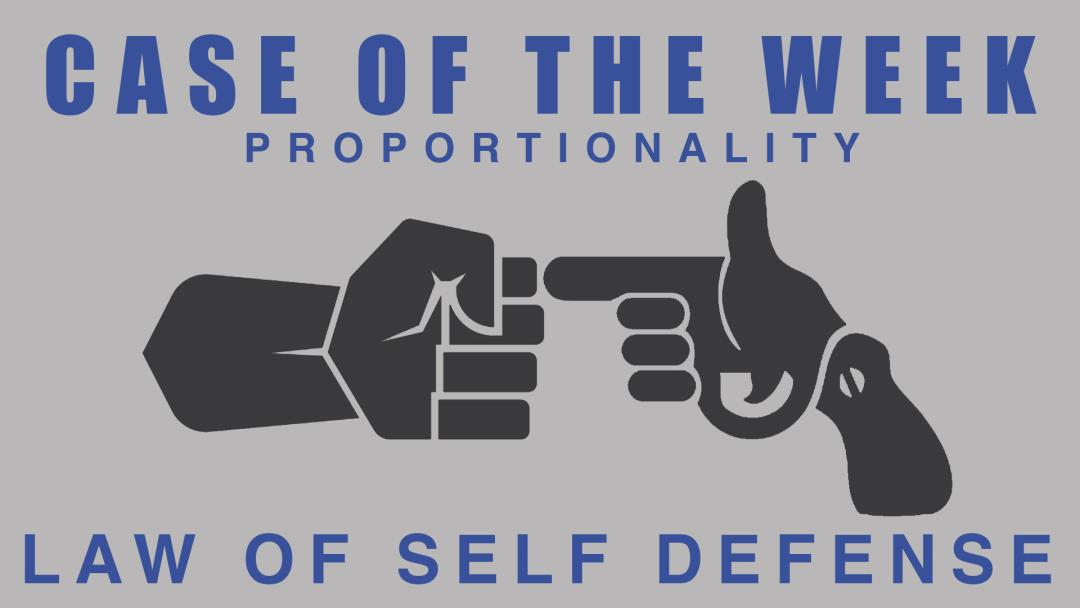 Posted on July 12, 2018 by support@ccwsafe.com in The Law of Self Defense

Case Of The Week with Andrew Branca- The Restaurant Attack

This case of the week involves a vicious bare-handed attack in the back of a Milwaukee restaurant that was stopped by an employee wielding a handgun:

The scene is in the cooking area of the restaurant where two women are working, one closer to the camera than the other. A large black male enters the frame just below the camera, stepping behind the counter. He throws a vicious punch into the face of the closer woman, who reels back in stunned pain. The male continues to advance on the second woman.

She, however, guides the punched victim behind her with her left hand, and presents a handgun at the face of the attacker with her right hand. At this point the male stops his advance, but certainly takes his time departing the scene, apparently speaking at the armed woman the entire time.

This attack touches upon a couple of related legal issues I though were worth discussing: Proportionality of force, highly defensible property, and how they interact.

Generally speaking, a bare-handed attack is going to be deemed to be a non-deadly force attack, absent aggravating circumstances, meaning it could be defended against lawfully only with non-deadly defensive force. In this case, the second woman defended herself with a gun against a bare-handed attack by an apparently unarmed male. Does that make her use of the gun disproportional and therefore unlawful?

Interestingly enough, many of the aggravating factors tend to be “baked into the cake” when we have a male attacker and a female defender—the male is generally stronger and larger than the female, generally has greater experienced in fist fights, and given the societal norms against males striking females such an attack is commonly perceived as exceptionally vicious.

Indeed, we can see pretty much all those aggravating factors in this case, and thus it is arguable that the woman’s use of the gun against a bare-handed attack was a proportional response on the merits (a position strengthened by the fact that although she threatened deadly defensive force she did not actually shoot him).

There’s another argument for why her use of deadly defensive force may be legally proportional even against a barehanded attack, and that’s the fact that the attack took place in highly defensible property.

When triggered, this essentially gives the defender three of the five elements needed to justify the use of deadly defensive force. A fourth element, avoidance, generally doesn’t apply in any case in the context of highly defensible property, under the Castle Doctrine. The only remaining element to justify the use of deadly force, then, is that of Innocence—that is, you still cannot have been the physical aggressor.

I would also argue that his punching of the first woman constituted a forcible entry of that restricted portion of the property. We would then have the unlawful and forcible entry necessary to trigger the legal presumption justifying the use of deadly defensive force, even if the attacker did not actually present a deadly force threat.