Posted on October 18, 2018 by support@ccwsafe.com in The Law of Self Defense

Case Of The Week with Andrew Branca-October 17th, 2018

Use of Deadly Force Against Shoplifter Stealing A Hatchet

On October 3, 2018, Michael Dunn—a City Commissioner for the city of Lakeland FL—shot and killed Cristobal Lopez as Lopez was shoplifting a hatchet from Dunn’s store, reports TheLedger, a local paper.

The shooting occurred as Dunn was attempting to stop Lopez from leaving the store with the hatchet.  The struggle at the door, the shooting, and the rapid demise of Lopez were all captured on the store’s security recording, which you can view by clicking here.

Defense of Property as Justification for Deadly Force

The tangible property in this instance is the hatchet Lopez was attempting to shoplift.

Defense of Person as Justification for Deadly Force

In summary, both §776.012 and §782.02 that provide for the use of deadly defensive force in defense of persons require that either the defender be facing an imminent threat of death or grave bodily harm or that he be resisting an attempt by that other person to murder him or commit a forcible felony upon him.

Evidence of an Imminent Deadly Force Threat is Weak

In viewing the surveillance video, however, it is not at all clear that Dunn’s use of deadly force, at the moment it was used, was necessary to prevent his own death or great bodily harm.

Although Lopez may have held the hatchet—a potentially deadly weapon—in his right hand, that hand was extended away from Dunn and was being used to open the store’s door in an apparent effort to escape with the stolen property, and the hatchet was not being held or wielded in a threatening manner, nor to murder Dunn or commit a felony upon Dunn. 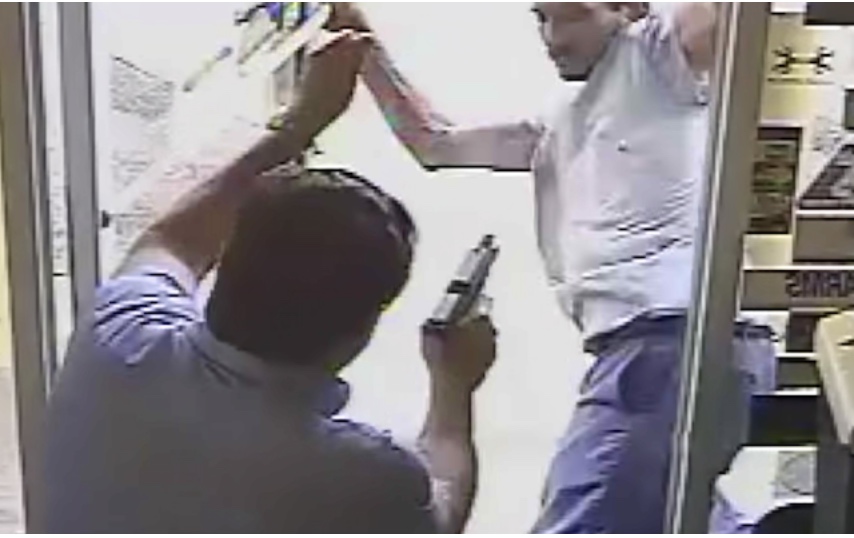 Was It Worth It?

The technical legal details aside, it’s also worth asking what I urge all my students and clients to contemplate—will that use of force have been worth it?

In this case Dunn killed Lopez over a $16 hatchet.  Even if no charges are ever brought against Dunn, he still exposed himself to at least the potential of a murder trial, not to mention having to live with killing a man over $16.

And should charges be brought, and Dunn convicted, he faces perhaps the rest of his life in prison—over a $16 hatchet.  I expect it isn’t hard for anyone reading this to come up with other ways Dunn could have dealt with Lopez’s theft that includes a reasonable prospect of recovering the hatchet, without resulting in Lopez’s death and Dunn’s criminal prosecution.