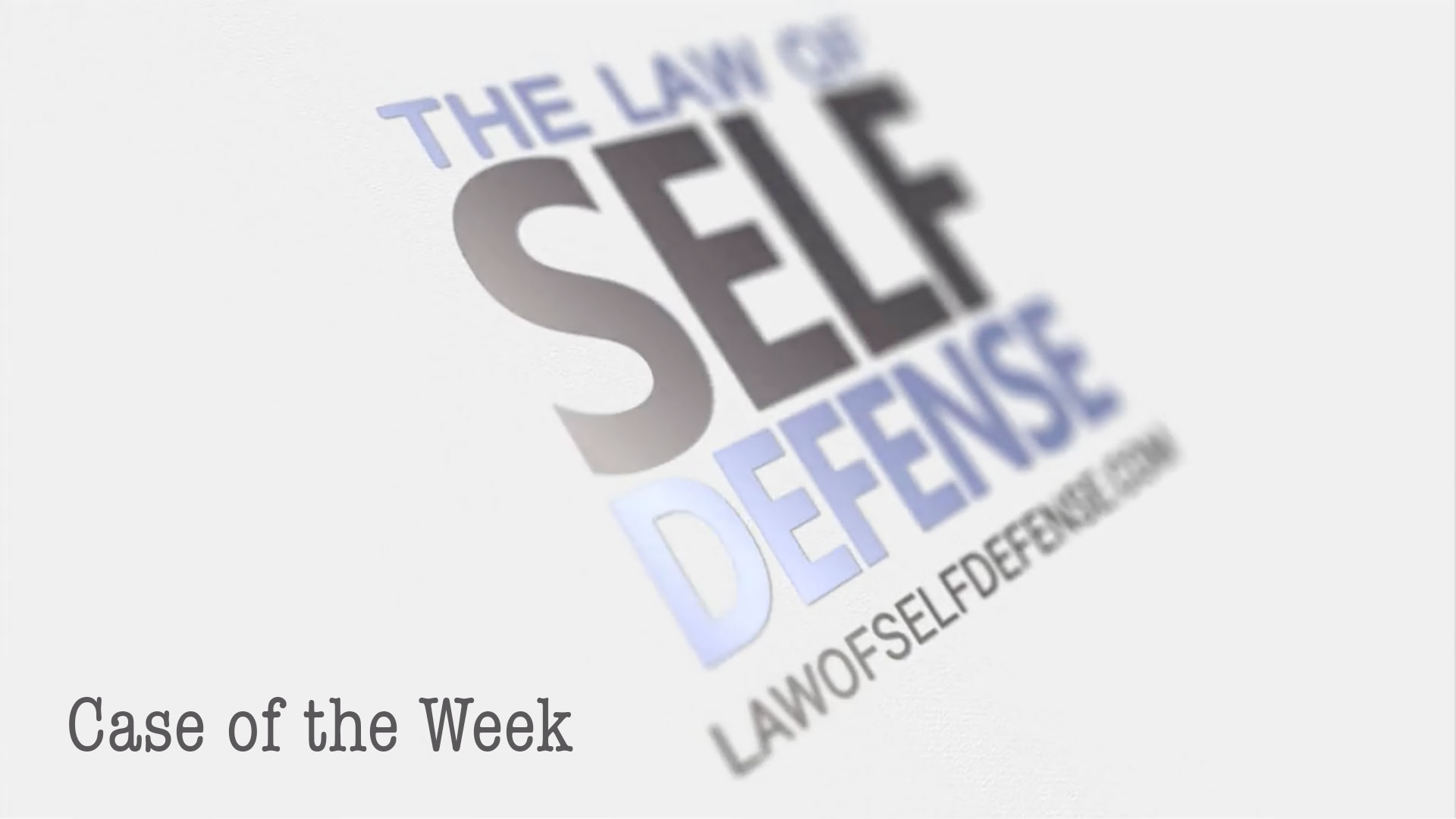 Posted on September 12, 2018 by support@ccwsafe.com in The Law of Self Defense

Case Of The Week with Andrew Branca-September 12th, 2018

It looks like a prosecutor in Colorado Springs is going to once again test the legal boundaries of Colorado’s “make-my-day” statute, passed into law in 1986.

The “Make My Day” law, properly §18-1-704.5. Use of deadly physical force against an intruder, has several substantive sections: one relaxes the proportionality requirement when dealing with a home intruder under certain circumstances. Two others provide for criminal and civil immunity under those same circumstances. (You can read the actual language of the statute by pointing your browser to lawofselfdefense.com/makemyday.)

Colorado takes a different approach, They entirely eliminate the proportionality requirement, if the conditions of the law are met. This is not a presumption that can be overcome. They are getting rid of the requirement entirely.

So, under the conditions of the “make-my-day” law, even non-deadly force can justify a deadly response.

Paragraph (3) in the “make-my-day” statute provides that if the conditions of paragraph (2), above, are met, the defender is entitled to immunity from criminal prosecution. Paragraph (4) does the same for immunity from civil suit.

Does “Make-My-Day” Apply to a Detached Garage?

Last year the boundaries of the “make my day” law were tested at trial, where a detached garage was found to count as “make-my-day” applicable property. Now, in this most recent case, reported on by a local Colorado newspaper, the question is whether the law applies to the common space basement of an apartment building.

Does “Make-My-Day” Apply to Common Space in Apartment Building?

In this case we’re discussing here, a resident of an apartment complex, Patrick Rau, rightfully suspected there was an intruder in the basement of his building. There had been repeated difficulties with homeless people unlawfully entering the building, and he saw an exterior door into the basement ajar. Equipping himself with a headlamp and a handgun, Rau entered the basement and confronted the intruder.

Then the facts get complicated. Rau claims that the intruder started acting crazy and throwing objects at him, which would certainly qualify as force “no matter how slight.”

There is also, however, evidence that Rau gave the intruder a verbal countdown–“5, 4, 3, 2, 1” before shooting him, suggesting that he did not genuinely believe he was facing a serious threat. Certainly such conduct is not obviously consistent with necessary self-defense, and it was likely this conduct that led a grand jury to indict Rau for manslaughter.

Rau then sought immunity under “make-my-day,” by convincing the hearing judge by a preponderance of the evidence that he meets the conditions of paragraph (2). Fortunately for Rau, the hearing judge decided in his favor, and Rau has been granted immunity.

Unfortunately for Rau, however, Colorado law allows prosecutors to appeal a grant of immunity under “make-my-day,” and in this case the prosecutor has chosen to do so, to a Colorado mid-level court of appeals. (Interestingly, a defendant does not have the right to appeal a denial of immunity.)

Also unfortunately for Rau there is existing Colorado case law that restricts the application of “make-my-day” from applying to common areas in an apartment building, on the basis that such common areas do not count as a defender’s dwelling from which he has a right to deny others access, and that would certainly apply the common area of the basement where this shooting took place. See People v. Cushinberry, 855 P.2d 18 (CO Ct. App. 1992).

Note, however, that Cushinberry is a decision by a mid-level court of appeals, and one in a different district than the one that will hear this appeal, and it’s possible for two such courts to come to different conclusions–in which case the next likely step would be for the Colorado Supreme Court to hear the matter and make a definitive ruling.

Fair Warning: Don’t Make Yourself Look Like a Test Case

So, fair warning: do your best to stay well within the legal boundaries of use-of-force law. When you skirt the edges not only do you take on more legal risk than necessary, you might just incentivize an intellectually curious prosecutor to make you a test case.