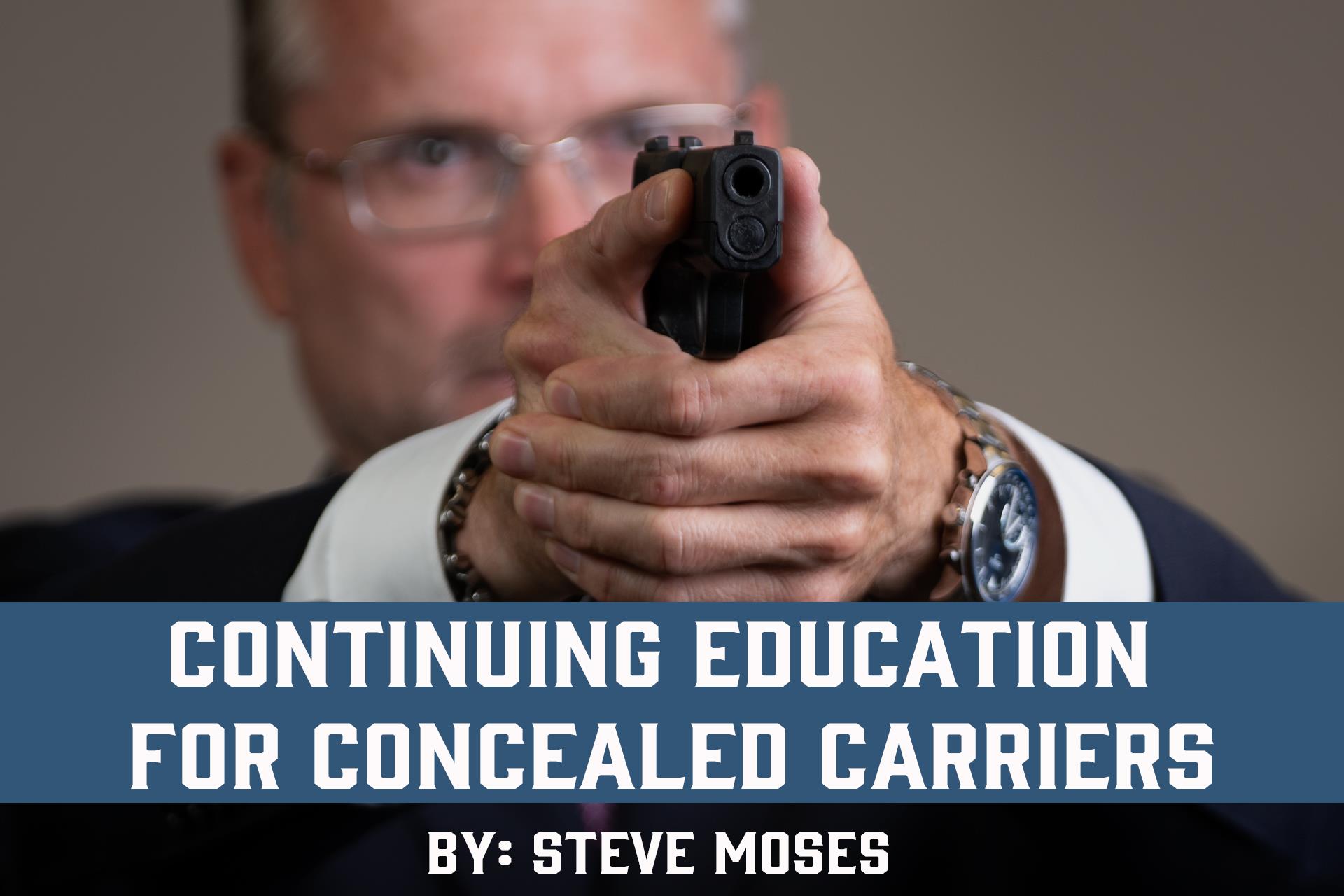 Posted on October 19, 2020 by Steven Moses in Training

I think concealed carriers should continue to train and learn throughout their adult lives. This can be important for several reasons. First, we may need to train under multiple instructors in order to best learn how to perform a particular technique (like learning how to hit the target or developing a quick draw).  We may try without success to develop a particular skill before the light bulb comes on and we get it. Developing and maintaining a satisfactory level of performance may involve taking classes from multiple instructors in order to see how other trainers attack the same subject. It is often simply worth it to take one or two classes a year from different trainers just to do nothing more than get some quality trigger time under the watchful eye of a person who can spot and correct small defects in technique or tactics.

I make sacrifices in order to take these classes in terms of time and money. Like most everyone else, I am not independently wealthy and in order to attend these classes I have to go without things that I want to be able to do or purchase. I was employed in the oil and gas industry for four decades, and up until then I had to take vacation time in order to attend classes that were not within 50 miles of my home. I train with several other friends who are self-employed, which means that they have to also forego income on occasions.

Was it worth it? I would not possess the skillsets and knowledge that I do today had I not made the decision (and followed through) to train under others on a regular basis.

Set out below are some reasons that I have found continuing education to be so valuable:

The concealed carrier who is serious on being as difficult to be both killed and then prosecuted as possible is one that never stops learning. The most cost and time-effective way that this can be accomplished in my opinion is by taking a few classes every year from talented instructors.  There are a number of instructors that can often be found on the local levels in many instances.  Several of the better classes that I have attended were taught by instructors that were fairly unknown but definitely had the chops. Does this mean that I occasionally attend a class that is not that good? The answer is yes. Regardless, I am on the range and can use that class as an opportunity to not only knock out some good repetitions but more than likely meet some other like-minded men and women.

One caveat: In my opinion, the better instructors will make available for public viewing their backgrounds and what it is that qualifies them to teach a particular subject. Some of the best instruction I have received is from persons with no law enforcement, military, or competitive shooting experience. Some of the worst I have received is from instructors who are extremely skilled but lack any ability to convey knowledge to others.

Attorney Andrew Branca urges concealed carriers to be “hard to kill, hard to convict”. That is definitely a saying that I wish that I had thought of it first.