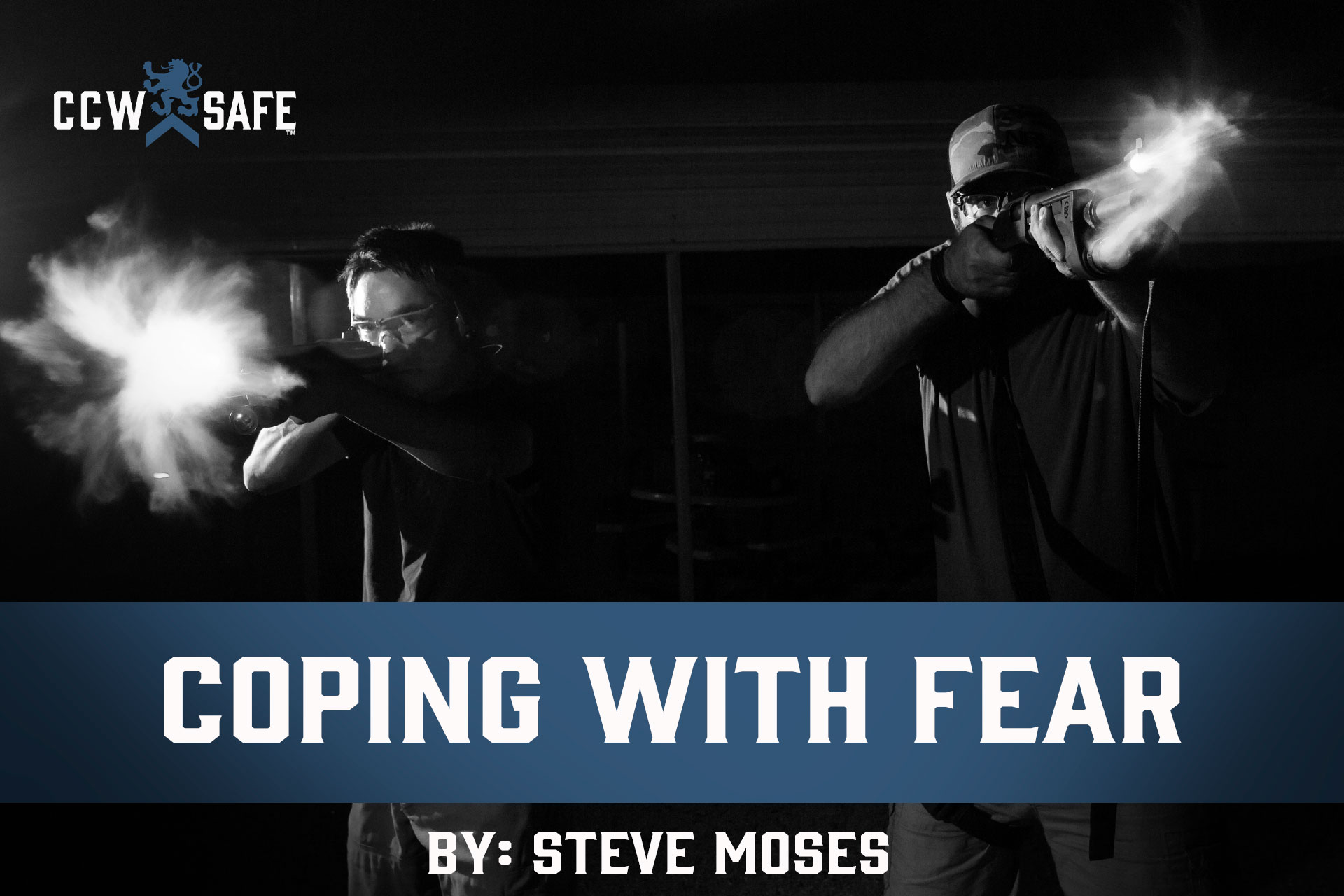 Posted on September 2, 2019 by Steven Moses in Training

“The only thing we have to fear is fear itself” is a famous quotation that most adults have probably read or heard at some point. My issue with this quote is that it failed to address the fear I felt during those times that I was about to engage in an action where there was a significant chance that I might get seriously injured or killed, or through error on my part not prevent that from happening to someone else.

I have been a reserve peace officer for nearly 18 years and spent over 10 of those years on a Special Response Group (later re-named Special Response Team). During that time period I participated in warrant roundups as well as forced entries by teams that ranged in numbers as small as two and as large as six. My participation on forced entries was limited, and my heart was racing every time our team formed up at the final assault point with me knowing that I was seconds away from engaging in an action where a gunfight might occur

What I found out was that my fearful thoughts tended to dissipate as soon as physical action was initiated. This included the times which I came into contact with potentially armed and dangerous persons.  I hesitate to repeat that old cliché of “And then my training took over”, but I was indeed confident in my training, and my complete focus was directed towards executing my/our plan and being prepared to appropriately deal with anything that I might come across.

I remember attending a class taught by legendary firearms instructor John Farnam nearly 25 years ago in which he said something to the effect that it is only in America that people think dying is an option. In the end, no matter what, I am going to die. I would like to have some say over when and how that occurs, but even that is ultimately out of my hands. As a concealed carrier I have made the decision in advance to definitely have a strong say as to whether or not it is going to happen due to the actions of a violent criminal offender. I already know in advance that I am going to be fearful. What if I get hurt or killed? What if I respond inappropriately and am criminally charged? What if I miss and hurt or kill someone else? What if my actions cause something completely unforeseen to occur that has uncontemplated negative consequences? All of these are issues that should rightfully cause a concealed carrier to be fearful.

The primary function of fear is to alert the concealed carrier that there exists a potential danger to life and limb and trigger an appropriate response. The most common response is fight or flight. What if flight is not possible? For some, total surrender is all that is left, which leaves the victim’s fate in the hands of the attacker. At this point, if I want to indeed have some say as to when I shed this mortal coil, then it’s time to fight back (note: feigned momentary surrender in order to achieve a better position to fight back is a legitimate defensive tactic).

Rather than tackle this subject based mostly on my thoughts and experiences, I would rather approach it from the perspective of a person whose experience in this area dwarfs mine. Tom Givens is one of the best defensive firearm trainers in the United States (which probably means the world) who teaches concealed carriers much more than how to get bullets to depart from Point A and arrive at Point B. I recommend that concealed carriers take 10 minutes and download an article he wrote titled “Controlling Fear and Making Sound Decisions Under Stress” found at http://www.dominionshootingrange.com/controllingfear.html. In this article, he writes the following:

“First, let me say this. Unless you are an exceptional person, a nutcase, or a liar, and you have actually been in armed conflict, you have tasted fear. I am not ashamed to say I have been scared several times, and I fully expect to be scared again before my life is over. What you must do to control your fear and do what you must to win”.

I would be doing the reader a disservice by attempting to capture the true essence of the above-mentioned article for the simple reason that Tom repeatedly hits the nail on the head in a manner that is more easily digested. I will, however, touch on some of the key points he made below as further evidence the article bears review:

Tom goes on to discuss the importance of having a fully formed mental plan in place that addresses a possible confrontation with a violent criminal offender and why this is so critical to managing fear. I am able to say that this has worked for me.

There is no shortage of good material available to concealed carriers who are concerned that they might falter in the face of fear. Sometimes just knowing that   fear is not only normal, but a desirable human reaction is comforting. Concealed carriers should know that courage is not the absence of fear, but instead learning to harness the mental strength required to make the body take meaningful physical action despite being afraid.