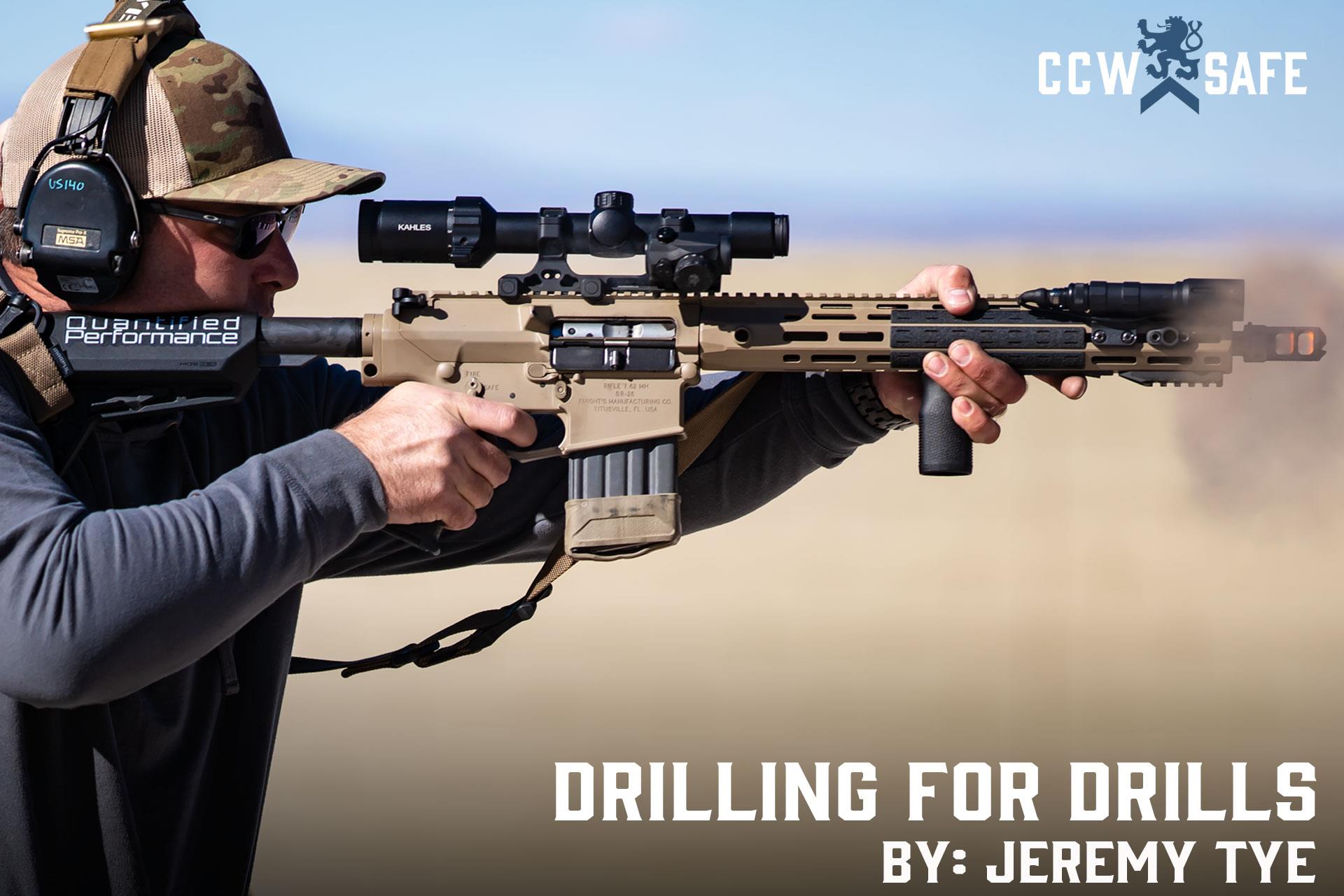 All too often I see shooters at the range repeating the same set of drills over and over and over. Usually there is a cell phone or camera involved, I’m sure some footage from the range session makes it to social media eventually. With enough practice and reps, it becomes easy to burn down just about any drill and look like a Rockstar on the internet.

The problem with that is that most drills only test a few specific skillsets at a time. Constantly shooting the same drills will lead to the shooter becoming a very one-dimensional shooter. Drills should be used to evaluate skillsets, not to hone them. I thoroughly enjoy shooting the Half-And-Half drill, it is simple to setup and always a crowd pleaser when I’m with a group of new shooters. However, the drill loses a lot of its value after a run or two. I don’t allow my students to shoot it more than twice in a day, and I try to break those two runs up with instruction in between.

Mixing your drills up keeps you fresh and focused on the gun. Shooting the same drill over and over leads to you shooting on “autopilot” and at that point you are just wasting ammunition.

Half and Half Drill: This is a rifle drill that was created by Kyle Lamb and Mike Pannone. There are many versions out there. This is the original version. It can be used for pistols and is challenging to do so.

Target: IPSC A Zone or the Black on a B8 target.

Scoring: Any hit in the scoring zone is 10 points. Anything outside is 0. Any shot fired over time limit is -10. Max score: 300

Another way it is sometimes scored is simple pass/fail. Any round outside the scoring zone or fired over time is a fail.