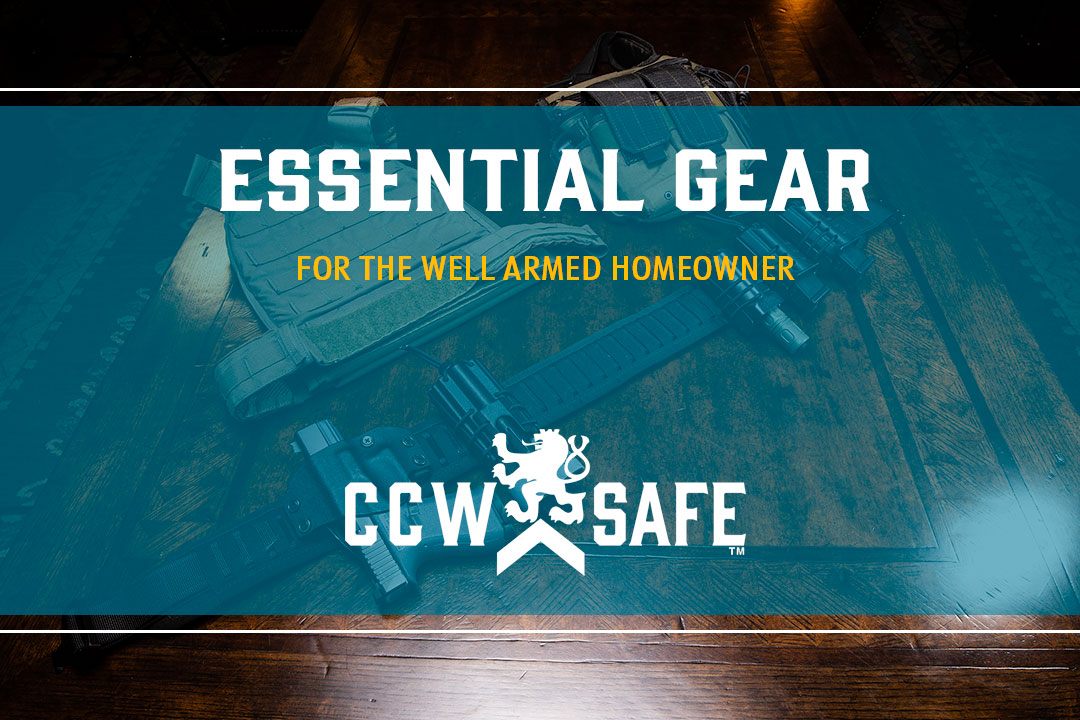 ESSENTIAL GEAR FOR THE WELL-ARMED HOMEOWNER

ESSENTIAL GEAR FOR THE WELL-ARMED HOMEOWNER

In 1980, I captured a burglar at gunpoint in the living room of my one-bedroom apartment. After the police arrived and escorted my uninvited guest to jail, I realized that I was largely unprepared for that encounter and sorely lacking in the following three areas:

I have since corrected my training deficit by taking courses in threat management, shooting, and low-light armed movement taught by some of the best instructors in the United States. My chosen tools now include a Glock 19, an extra magazine, a handheld flashlight with a tail-cap control, and a CAT tourniquet.  However, I had yet to find the ideal support gear for dealing with a home intrusion until recently. I wanted something that was quick to don over a tee shirt and boxer shorts that would allow me to keep the previously mentioned tools on my person, and equally as important, would allow me to quickly holster my pistol upon arrival by responding law enforcement. I recently discovered the Wilder Tactical, LLC (“WT”) Minimalist Belt Pad, and can recommend it in good faith to any man or woman who wants to be better prepared to deal with what is sometimes referred to as the “bump-in-the-night”.

The WT Minimalist Belt Pad is brilliant in its simplicity and low-profile design. The user can quickly weave any robust leather or nylon belt through the individual leather slots and bypass multiple slotted sections in order to affix a conventional holster and various pouches.  WT also offers cleverly designed magazine, flashlight, and tourniquet pouches made of nylon polymer.  Each pouch is comprised of a separate front and back secured with a user-adjustable shock cord. WT uses a robust quick-detachable clip to attach the pouch to the inner belt. This means that a variety of different single-stack and double-stack magazines, flashlights, and tourniquets can be used.  This is an especially nice feature if the user decides to change handguns, or alternate between different handguns, as there is no need to also switch magazine pouches.

I have tested my own set-up thoroughly and found it quick to put on, comfortable to wear, and have experienced no significant vertical slippage during an intensive live-fire practice session that included multiple draws and re-holstering.  As I write this, the WT Minimalist Belt Pad is selling for $59.00, which is probably less than three boxes of good defensive handgun ammunition. The price of the pouches is likewise very reasonable.

I would urge readers to at a minimum give some thought as to how they might respond to the sound of a door being forced open or some other indication that an unauthorized party is entering or may have entered their home. If time permits, the ability to bring useful tools to bear is a big plus. I can say from personal experience that a floppy bathrobe pocket makes a lousy holster.