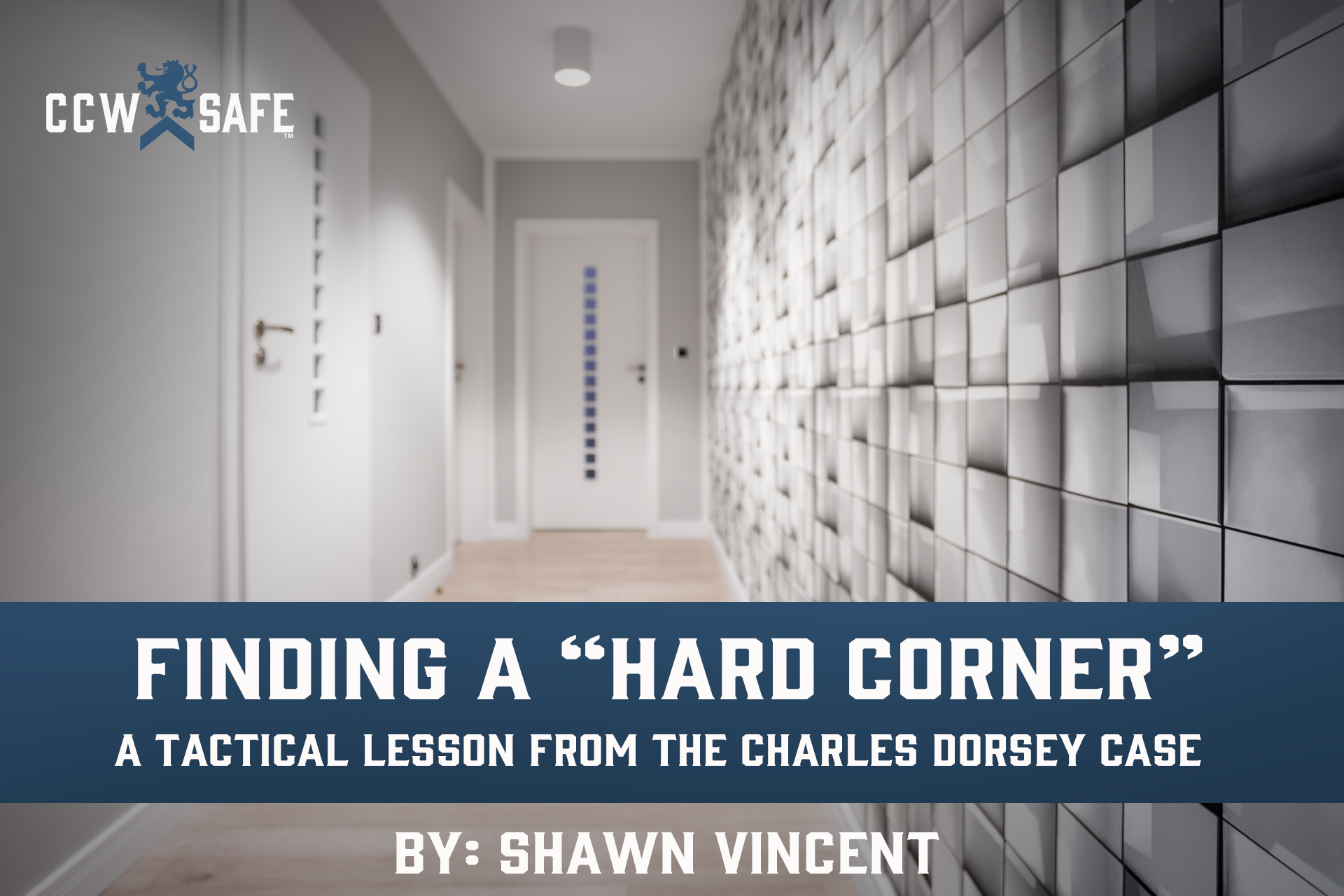 A tactical lesson from the Charles Dorsey Case

Gary Espinoza, a stranger to Charles and Barbara Dorsey, broke the latch on the Dorsey’s front door in a fit of rage, and when he stepped foot into the home, Mr. Dorsey fired a single fatal shot. In a security video recording of the incident, Mrs. Dorsey is heard screaming: “Why did you do that?” Mr. Dorsey replies, “He pushed the door open!”

In our four part series “Defense of Last Resort,” we reveal that Espinoza was an overnight guest of the Doresy’s new neighbors. Both homes looked similar and partially shared a driveway. When Espinoza first came to the Dorsey’s door at 1 a.m, he had a blood alcohol level of at least .022 — nearly three times the legal limit to drive. He almost certainly mistook the Dorsey home for his friend’s. Before breaking in, Espinoza had repeatedly knocked and rang the doorbell for nearly 13 minutes, only becoming visibly frustrated and enraged in the final moments. Mrs. Dorsey called 911 after the initial encounter, but it took police a long time to dispatch to the rural address.

Espinoza’s family cried out for justice. They described Gary as a family man who coached his kids’ sports teams and ran a successful IT business. He wasn’t a criminal, they said, and he didn’t deserve to be shot and killed over a misunderstanding.

To the family’s dismay, the local prosecutor declared the shooting legally justified, nonetheless, questions remain about whether the use of force, while legal, was absolutely necessary. Don West, criminal defense attorney and National Trial Counsel for CCW Safe says, “There’s really no question that his conduct was legal . . . but might there have been another approach that conceivably could have saved the life of Espinoza, who by all accounts is an innocent guy, certainly in terms of the criminal liability?”

Steve Moses, firearms instructor and CCW Safe contributor, suggests Dorsey had another good tactical option that would have bought him time and possibly changed the ultimate outcome. “He would have probably been in a better situation,” Steve says, “had he retreated along with his wife into a room, got in a hard corner — which is a corner on the same side of the doorway to the room — and then ensconced there and waited either for the police to arrive and take care of the situation or then deal with the person if he came into the room.”

Don West agrees: “In any situation that’s confusing or uncertain, or there is ambiguity, then creating some distance, extending the safety zone is better because it gives you more options. It gives you distance. It gives you time. It gives you an opportunity to reevaluate the moment.”

To reinforce the point, Steve adds, “If somebody, after you told them not to come in, had broken through the door, made entry into your house, came all the way back to that room where you were, that strips away a lot of the ambiguity, and that person is probably a dangerous threat in which, if they continued, the only thing you could do — contingent on the apparent capacity for the individual to inflict harm — is probably go ahead and use a gun.”

Once Espinoza was in the house, Steve suggests, he may very well have realized he was in the wrong location and the threat perceived by the Dorseys would have evaporated.

Steve admits that hindsight is 20/20, and it’s difficult to criticize the split-second life-and-death decisions concealed carriers have to make when they choose to use their firearms in self-defense. But the hard truth is that every use of force incident will be not only be criticized but also scrutinized by law enforcement. I like to think that by taking the time to dissect high-profile self-defense cases, we’re creating “20/20 foresight,” that is, we are imagining ourselves in real-life self-defense scenarios, and absorbing lessons that could keep us out of trouble in the future.

The lesson from the Dorsey case is that the front door is not the only threshold where you can defend yourself from a home intruder, and in fact, it may not even be the most tactically sound location. If you retreat to another room and ensconce in a “hard corner,” as Steve Moses suggests, then if the intruder comes into the room, you’ll likely see him before he sees you, and you’ll be ready to use your firearm at a range where you’re likely to be highly accurate. You will also have given yourself time to disambiguate a potentially confusing situation, and if you must use deadly force, you can be more certain it is justified. Finally, every effort you make to avoid an armed confrontation, even in your own home, helps reduce your legal liability in the aftermath of a self-defense shooting.