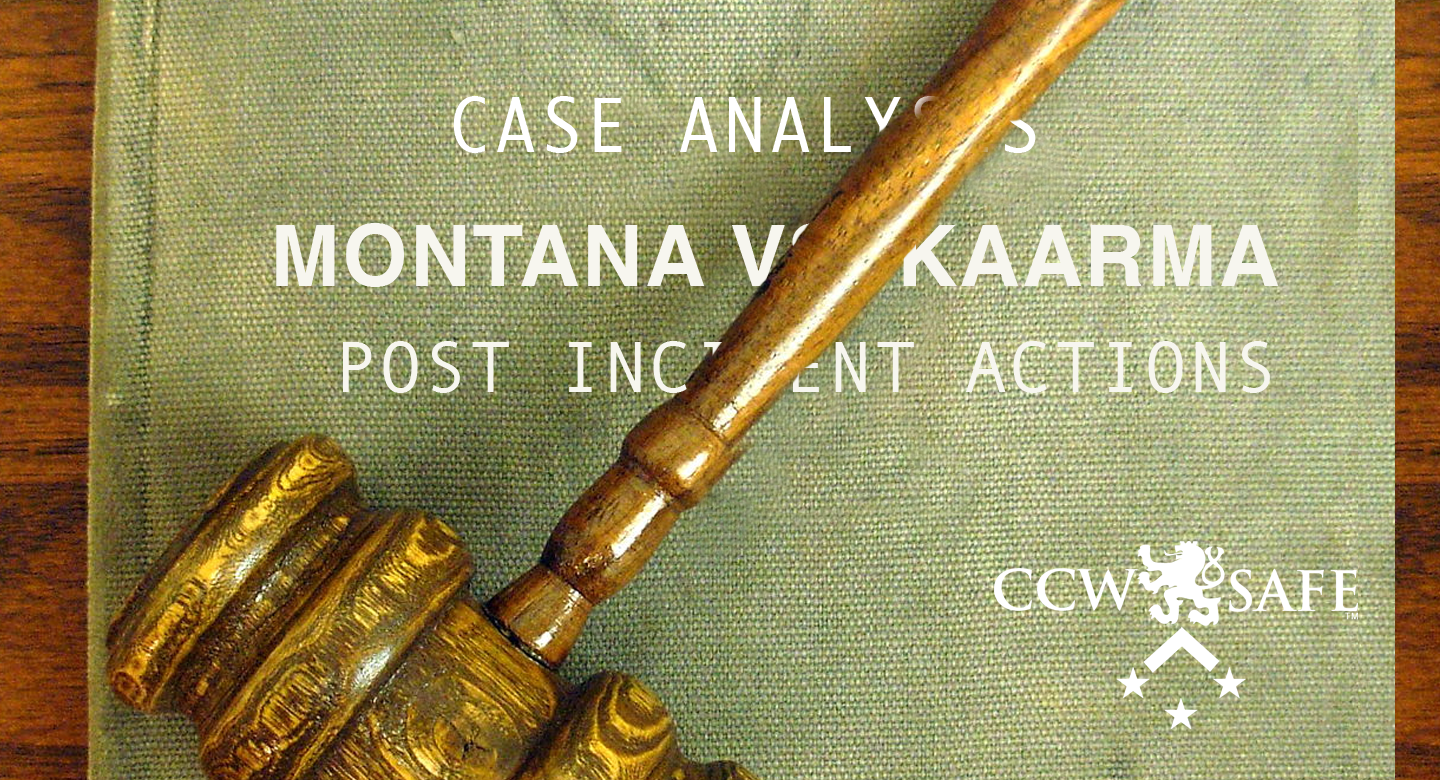 In our series The Four Elements of Self-Defense, we’re exploring how location, escalation, reasonable fear, and post-incident accidents can affect the legal defense in the wake of a self-defense shooting.  In our last installment, we explored how post-incident actions affected Kaarma’s legal defense  In this installment we examine the verdict in the Kaarma case and summarize the lessons learned for the concealed carrier.

When Missoula, Montana homeowner Markus Kaarma detected an intruder in his garage around midnight on April 27, 2014, he grabbed a shotgun, exited his front door, and fired four shots into his darkened garage killing the intruder, seventeen-year-old foreign exchange student Diren Dede.  At 9 A.M. the following morning, a detective for the Missoula Police Department arrested Kaarma for deliberate homicide.  In the intervening hours, Kaarma made multiple statements to police without the advice of a lawyer.  Those statements would end up haunting the defense team at trial.

Kaarma agreed to giving a recorded video statement to police.  In the video, he wears the same pajama bottoms he was wearing a the time of the shooting, and he twists in a swivel chair as he recounts, in an almost defiant tone, his memory of the shooting.  There were two primary problems with Kaarma’s testimony: firstly, it conflicted with some physical evidence and the testimony of other witnesses, including that of Jannel Pflager, his common law wife. Secondly, he seemed clear-headed and unremorseful.  Prosecutors would play the entire video at trial.  During the eight-hour deliberation, the video of Kaarma’s statements was the only evidence the jurors asked to review.

Kaarma also made the mistake of talking about the case with Pflager on the jailhouse phone.  Prosecutors played a recording of some of the statements at trial.  Pflager confirms that she heard Dede yell something before the final shot (seeming to confirm her earlier testimony that Dede pled for his life before the final shot).  Kaarma said, “Everyone should rejoice that our neighborhood is safer,” showing a remarkable lack of empathy for Dede.  Finally, he expressed some pride at the response he received from fellow inmates when they asked what he was in for. “You should see the looks on their faces when I say ‘homicide.’ There are no other murders in here.”

The lesson for the gun owner concerned with home defense is that you should limit your exposure when it comes to talking about the shooting. While you should always cooperate with police, you should never make detailed statements to law enforcement without the advice of a lawyer.   In the immediate aftermath of the shooting, you’ll be traumatized and at risk of making confused and inaccurate statements. When police are involved in officer involved shootings, it is standard practice to wait 48 to 72 hours before asking the officer to testify. That’s how long it takes for the mind to recover from the trauma.

Also, remember that jailhouse telephones are monitored and recorded, and prosecutors will listen to the calls looking for things they can use at trial.  What you say can and will be used against you in court.  And perhaps this goes without saying: never refer to yourself as a “murder.” It doesn’t play well at trial.

In our next instalment we’ll examine the verdict in the Kaarma trial, and summarize lessons learned for the concealed carrier.