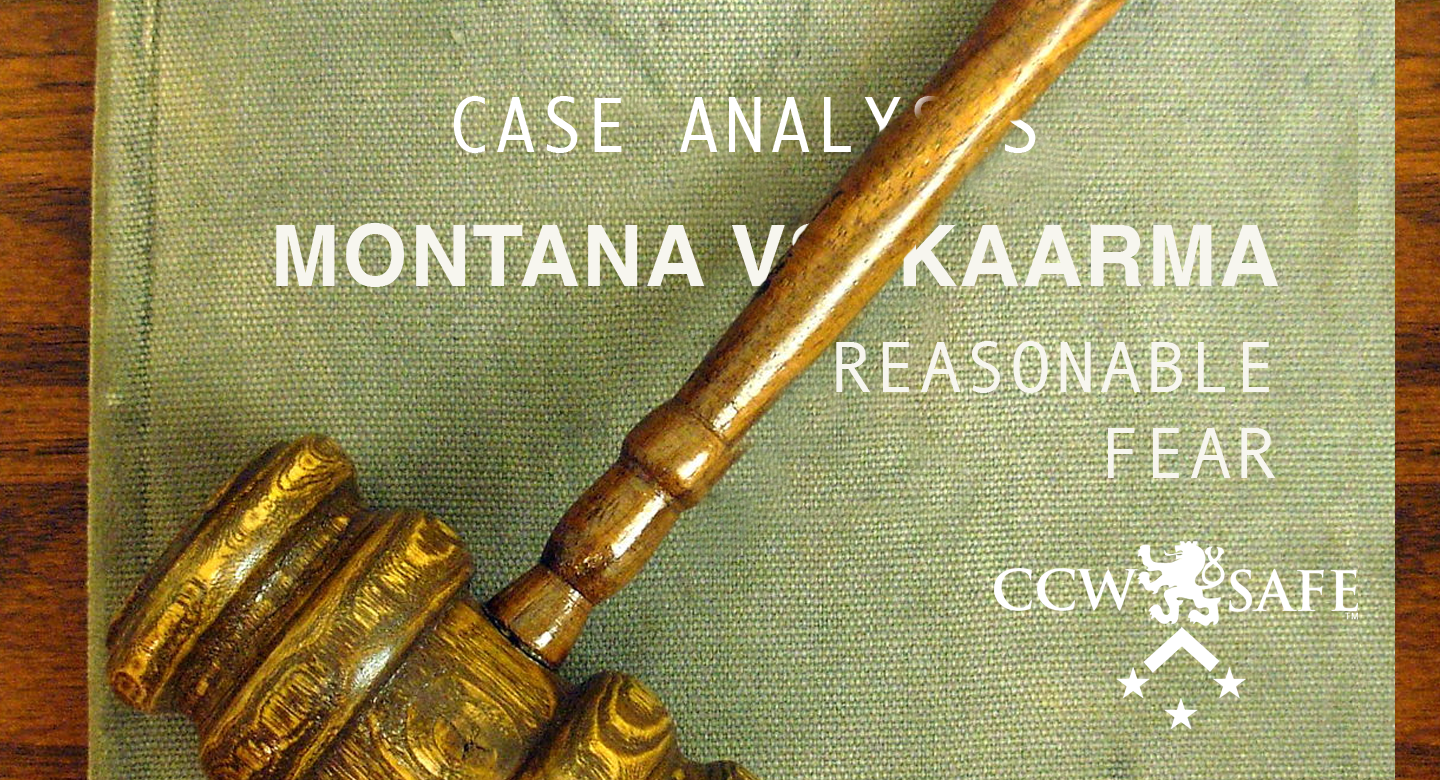 Four Shots In The Dark: Case Analysis of the Kaarma case- Reasonable Fear

Part 4: The Role Reasonable Fear in the Legal Defense of Markus Kaarma

In our series The Four Elements of Self-Defense, we’re exploring how location, escalation, reasonable fear, and post-incident accidents can affect the legal defense in the wake of a self-defense shooting.  In our last installment, we explored how Markus Kaarma’s actions to escalate the conflict factored into his prosecution.  In this installment we look at the role reasonable fear played in the prosecution of Markus Kaarma.

When Markus Kaarma discovered a dark figure lurking in the garage of his home, he grabbed his shotgun, exited his house, and fired four shots into the darkened garage.  Kaarma likely felt a combination of fear and anger.  The fear would have come from the threat that the unknown intruder posed to his partner and their sleeping baby.  The anger would have come from a desire to punish someone for the burglary that victimized the family just ten days before. Seven months later, a Montana jury would be tasked with looking into Kaarma’s heart and deciding what motivated Kaaram to shoot: fear or anger.

In her testimony at trial, Kaarma’s partner, Janelle Pflager, described how she planted an old purse as bait and intentionally left the garage door open to lure the burglar back. She set up a video baby monitor so they could watch the garage, and she said she fantasized about catching the burglars in the act.

According to prosecutors, Kaarma’s intentions were more sinister.

Four days before the shooting, Kaarma went for a haircut. The stylist who served him testified that Kaarma seemed “mad at the world.”  She said he was belligerent and used profanity as he told her he had not slept for three nights because he was “waiting to shoot some (expletive) kids.”  Others at the salon supported her claims.

On the night of April 27, 2017, Kaarma wasted no time when he detected an intruder in his garage. He immediately grabbed his shotgun, ran outside, and fired into his darkened garage.  He would have been safer inside his home — but instead, Kaarma ran towards the danger. Not a strong indicator of fear.

Moreover, Kaarma began firing into the darkened garage before he could have possibly determined whether the intruder was a threat.  Don West, National Trial Counsel for CCW Safe, says that in the case of a home intruder, “you don’t have to wait too long to see if there is going to be harm, but it’s important to make some type of assessment before you pull the trigger.”  According to Gary Marbut, president of the Montana Shooting Sports Association, Kaarma “made a classical error because he couldn’t visualize the target. The lights were off so he couldn’t see or hear if he was under serious threat.”

“A gun owner,” Marbut continues, “is responsible when he pull the trigger for where his bullets land.”

The lesson for gun owners concerned with home defense is that, even with the protections provided by the Castle Doctrine, your decision to use deadly force must be reasonable.  If a jury finds that your decision to fire your weapon was based on anger — or if you didn’t properly assess the threat — they’ll be instructed to find your use of force unjustified, and you could find yourself guilty of a very serious crime.

In our next installment, we’ll explore how post-incident actions affected the legal defense of Markus Kaarma.