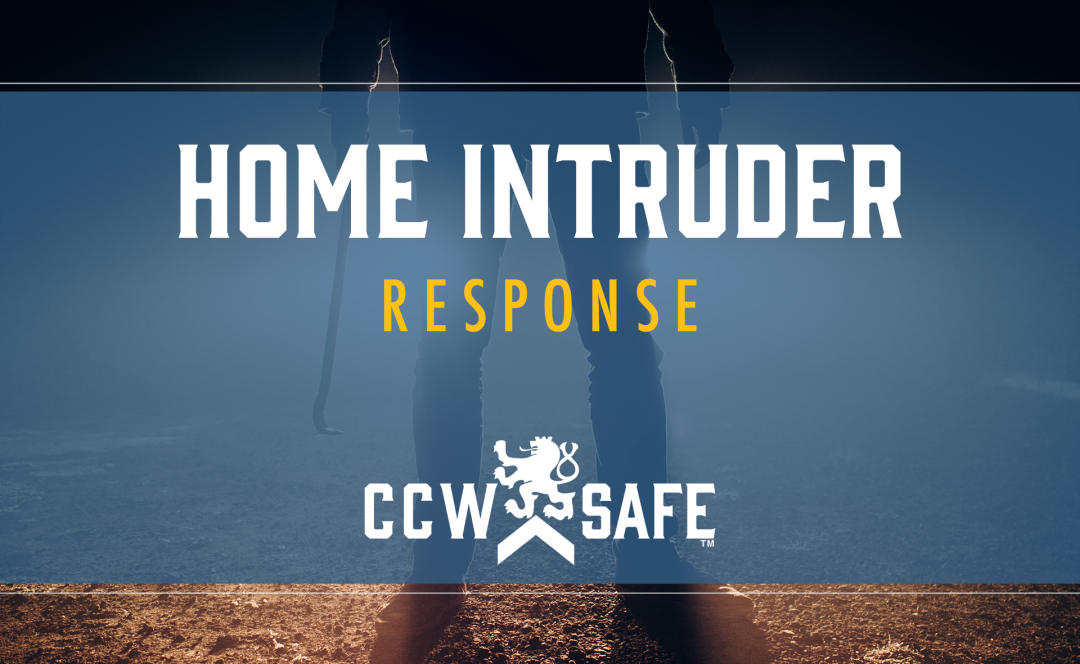 I have been there when that bump-in-the night turned out to be an actual home intruder. Fortunately, everything turned out fine, but upon later reflection I realized that I was lucky that I hadn’t gotten injured or killed. As time went on, my interest in learning how to deal with future such incidents remained, and I took multiple classes on structure clearing, spent hours in shoot houses clearing rooms and blasting targets, and eventually became SWAT-certified and spent time on a multi-precinct Special Response Team.  However, it was not until I completed Craig Douglas’ 20-hour Armed Movement in Structure Course on three separate occasions that I believed that I fully understood and could act upon the major principles of dealing with a home intruder.

First and foremost, we need to keep our homes free from unwanted persons.  A sound start would be to keep our doors locked and to deny undesirable parties access to the interior.  After that, we need to know when it is time to stay in our bedroom, when it is appropriate to check out the remainder of the house so as to not completely discount that weird noise, and when it is time to move aggressively through the house in order to protect a family member or invited guest. I would encourage the home owner to remember that once any of these actions are initiated, it is perfectly acceptable to select a different action if the circumstances change or new information is obtained.  For example, I can initiate a search in order to confirm the source of an unidentifiable sound, discover that it was an intruder, and retreat to my bedroom, or during that same search move aggressively to the room containing a family member or invited guest if I hear a sudden commotion. Each of these three actions is discussed in slightly more detail below:

It is important that the home owner understands that the information set out above is in no way instruction in how to deal with a home intrusion, as much is left out on to how to hold a position, how to slow-clear a home, methods of using white light to identify threats and non-threats and mask movement, how to move at speed through a home and then properly enter a room, and even how to deal with a home intruder after initial contact is made. Much of what we know about room clearing came from the military and law enforcement and was often based upon the use of team tactics. The challenges faced by individuals in similar situations are much greater. The importance of correct target identification is unbelievably critical, as well-meaning home owners have mistakenly shot and killed family members, friends, and other innocent parties over the years while acting upon the belief that there was an intruder in the house. If the home owner wants to get it as right as possible, then training is absolutely the only way to go.