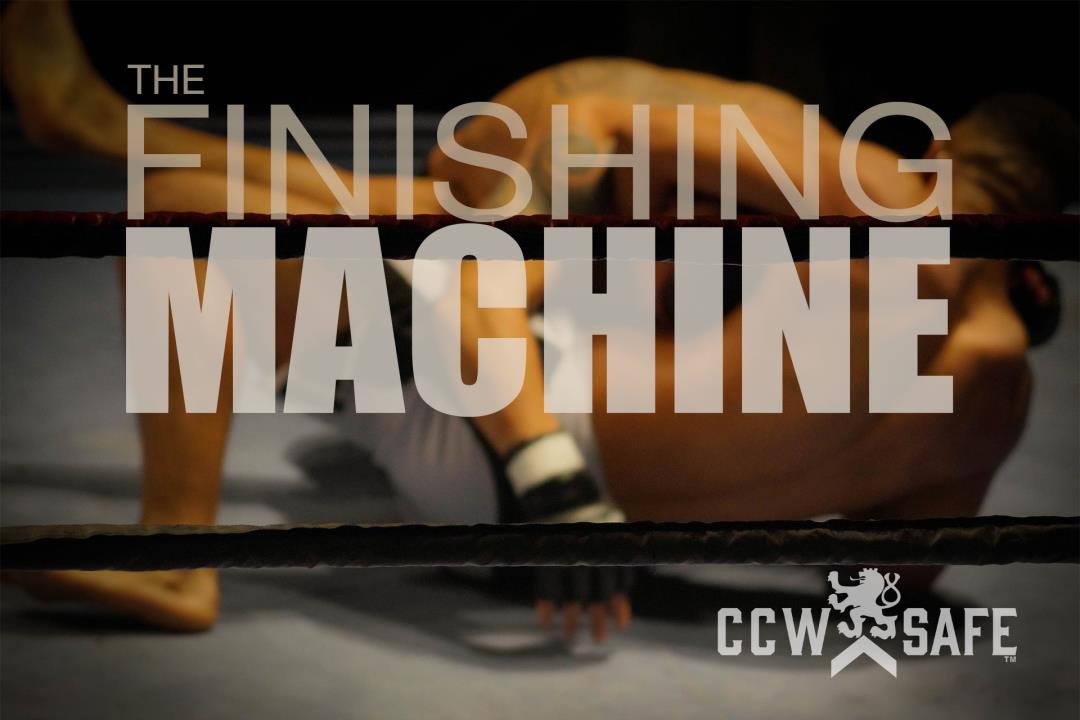 In this installment of “The Four Elements of Self-Defense,” we will examine how Gerald Strebendt’s actions leading up to the shooting affected the legal defense.  Like most of the shooters we analyze in this series, Gerald Strebendt was NOT a CCW Safe member.  We’ve chosen his case because it provides clear lessons for concealed carriers regarding what can go wrong in a self-defense shooting.

The Nissan Rogue driven by David Crofut breaked so suddenly that Gerald Strebendt had to swerve and pass the vehicle on the right shoulder to avoid an accident.  That’s what Strebendt told investigators.  Crofut’s wife, who was sitting in the passenger seat, told a different story.  She said Strebendt cut them off from the right lane.  What’s not in dispute is that Crofut crashed into Stebendt’s GMC Denali on the Bob Straub Parkway just outside Springfield, Oregon, and he never hit the brakes.

Strebendt turned his vehicle off and was ready to get out of the car, he told investigators, when he heard Crofut yelling and making threats. When he couldn’t get the car to restart, he grabbed a loaded .223 caliber rifle from a small cache of weapons he had in the back seat of his car, called 911, and exited the vehicle.

Despite facing a man armed with a rifle, Crofut advanced towards Strebendt. On the dark highway, with bright headlights behind him, Crofut would have been hard to see.  Strebendt told the emergency operator he couldn’t see the man’s hands.  He told investigators that Crofut threatened that he had a gun. On the 911 recording, Strebendt is heard calling multiple times for Crofut to stay back, all the while Stebendt himself was backing away.  He was 80 feet away from his vehicle when Crofut got close enough to put his hand on Strebendt’s rifle, and he fired a single round.

Despite his self-defense claim, a grand jury indicted Strebendt for murder. Perhaps it was Strebendt’s history as an mixed martial arts fighter nicknamed “The Finishing Machine” that influenced their decision. Or perhaps it was his reputation for “brake checking” drivers, as his ex-wife testified, and getting involved in “road rage” incidents that caused jurists to overlook the self-defense claim. The judge refused bond, and Strebendt waited in jail while his attorney, Mike Arnold, mounted a legal defense that resulted, after many months, in a compromised plea deal.

The first thing Strebendt did when he heard Crofut shouting threats at him was to try to restart his vehicle and drive to a safe place. But after the collision, his GMC Denali wouldn’t start. With the man who had just rear-ended him yelling and quickly approaching, Strebendt decided he was vulnerable in his immobilized vehicle, so he dialed 911 on his cell, and he armed himself do defend against the perceived threat. He had no way of knowing the Crufut was drunk and unarmed.

Strebendt’s first instinct, if his testimony is to be believed, was to get away from Crofut and avoid a confrontation altogether.  The most effective way to de-escalate a potential physical conflict is to leave and get to a safe place.  Don West, veteran criminal defense attorney and National Trial Counsel for CCW safe says that, with the truck inoperable, it was no longer a means of escape.

“Had he stayed in his car seatbelted in,” West says, “he would have been much more vulnerable than taking the course of action he did — which was to arm himself, which I think was a reasonable thing under the circumstances, and to get out of the vehicle to give himself some options on where to go and what to do next.”

By arming himself and exiting his vehicle, Strebendt was definitely escalating the confrontation with Crofut, but with nowhere to run and nowhere to hide, arming himself against an aggressive, unknown assailant was not unreasonable.

For the concealed carrier, this is a nightmare scenario: trapped and isolated, facing a belligerent stranger, and left with few good choices.  But it is exactly this type of situation that concealed carriers prepare themselves for.  Under the circumstances, reaching for his weapon may have been Strebendt’s best of only bad options.  What’s important for concealed carriers to remember, however, is that the act of drawing your weapon is nine-tenths of the decision to defend yourself with deadly force.  Pulling a firearm is the ultimate escalation of a conflict.

Calling 911 and Backing Away

“I’ve got my firearm out,” he tells the emergency operator. “He hit me on purpose with his vehicle, crashed into my brand-new truck, and now he’s over by my truck, and I’m backing away from him.”

It should have been obvious to Crofut that Strebendt was speaking to an emergency operator.  Had Crofut intended harm, Strebendt’s call to police would have been a deterrent — if Crofut was acting reasonably.  But Crofut had a .156 blood alcohol level, nearly twice the legal limit to drive, and he wasn’t making reasonable decisions.

Strebendt continued to back away while issuing verbal warnings to Crofut. “Get back from me,” he shouted several times. In total, Strebendt retreated 80 feet away from his vehicle until Crofut got close enough to grab the barrel of the rifle.

Issuing verbal commands, backing away from his attacker, calling 911 — Don West says Strebendt should have been given credit for all these efforts to avoid the confrontation.  For concealed carriers, if drawing your weapon is the ultimate escalation of a conflict, then calling 911 and trying to get away is the ultimate de-escalation.

But if that’s true, why did a grand jury indict Strebent for murder?

Strebendt’s lawyer, Mike Arnold, called all the evidence of  his client’s reputation for hot-headed behavior and his penchant for violence a “parade of horribles.” While Strebendt served honorably as a Marine sniper, he was, nonetheless, a trained killer.  As a professional mixed martial arts fighter, his aggressive style earned him the nickname “The Finishing Machine.” Strebendt had once testified during a murder trial that he had been offered money to kill the victim.  He declined the offer, but what kind of person even gets such an offer?

Then there was all the testimony of past road rage incidents. In less than two years, he managed to collect $580 in traffic tickets — two for speeding and one for following too closely.  Strebendt’s ex-wife told investigators that he would get involved in road rage incidents “all the time” and that he liked to “brake check” other drivers and once tried to run another driver off the road.

For the grand jury, it seemed like Crofut presented Strebendt with that opportunity to “strike hard and fast.” Considering the testimony of his practice of brake-checking other drivers, members of the grand jury had to consider whether it was Strebendt’s aggressive driving that caused the accident in the first place, no matter how drunk Crofut was. It’s possible that Stebendt started escalating the conflict from behind the wheel — before he called 911, and before he exited his vehicle with a loaded rifle.

Concealed carriers need to understand that if you instigate a confrontation, you may not get the benefit of the doubt should that confrontation turn deadly.  Perhaps more importantly, your reputation and the actions you take long before a deadly encounter could weigh heavily on whether your use of deadly force is considered justified.

The Lesson for the Concealed Carrier

By the book, Gerald Strebendt did a lot of things right in his confrontation with David Crofut.  He called 911.  He repeatedly pleaded with Crofut to back way.  He retreated 80 feet into darkness before firing his weapon, and he fired only after Crofut had grabbed the barrel of his rifle.  However, Strebendt’s history of road rage and his reputation as an aggressive fighter offset some facts that would have, in many other circumstances, justified the use of deadly force.  Strebendt was indicted for murder, and the judge declined to grant him bond.

Don West says, “While Stebendt had a rifle, he used verbal commands that can be seen as a de-escalation. He would get some credit for attempting to de-escalate, yet, his reputation as a UFC fighter, his known history of some type of violence, and his military training made the judge feel, despite actions that would otherwise seem reasonable, that Strebendt didn’t deserve bond.”

As a concealed carrier, you should understand that if you ever use deadly force to defend yourself, you’ll be judged based upon your reputation and your history with violence.  In his book about Stebendt’s legal defense, attorney Mike Arnold confesses that his own history of getting in fights as a young rugby player made him think twice about carrying his firearm years later.  If he had to use it, would his past come back to haunt him?  Yes, it would.

Take a serious look at your past.  Have you been in fights? Have you been arrested? What kind of things do you post on social media?  All these things could be considered if you ever choose to defend yourself with deadly force. If your reputation makes a judge think twice about granting bond, you could end up waiting months or years behind bars for your day in court. You might eventually even feel forced to take a plea deal, just like Gerald Strebendt.

In the next installment of “The Four Elements of Self-Defense,” we will explore how the concept of reasonable fear factored into Strebendt’s legal defense.