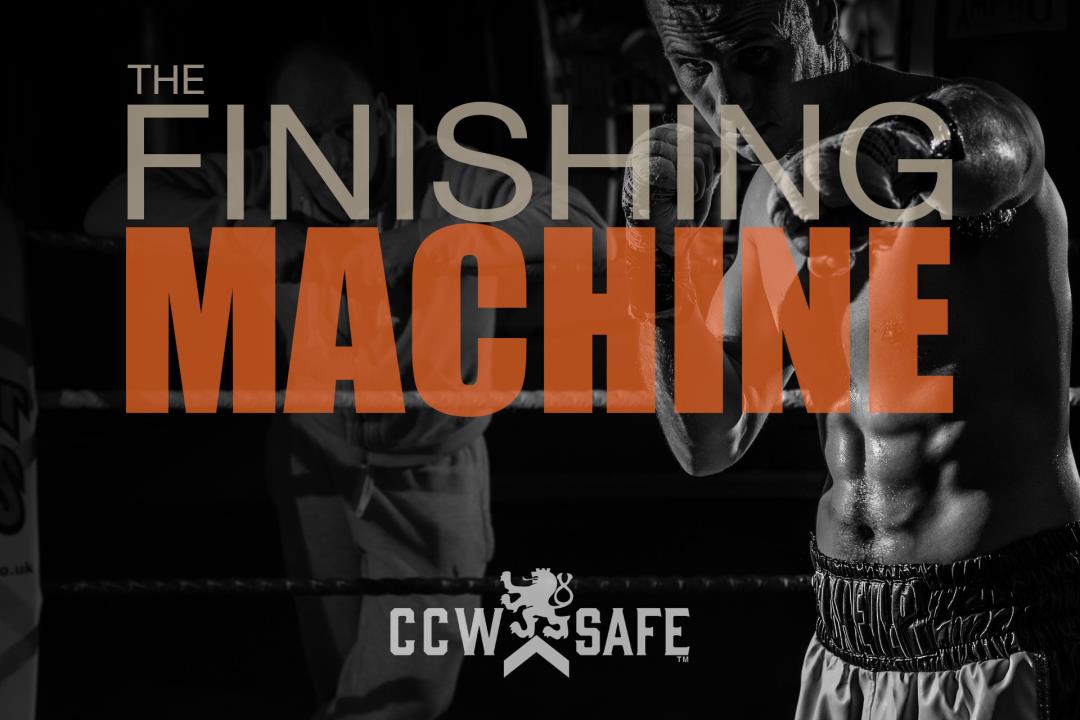 In this installment of “The Four Elements of Self-Defense,” we will examine how the location of the shooting affected the legal defense of Gerald Strebendt.  Like most of the shooters we analyze in this series, Gerald Strebendt was NOT a CCW Safe member.  We’ve chosen his case because it provides clear lessons for concealed carriers regarding what can go wrong in a self-defense shooting.

David Crofut had been drinking at the Driftwood bar in the hours before he rear-ended former Marine and retired mixed martial arts fighter Gerald Strebendt on a dark rural highway near the outskirts of Springfield, Oregon. Crofut’s blood alcohol level was .156, nearly twice the legal limit.

Strebendt was driving home from the supermarket when he came upon Crofut’s car.  Strebent claimed that Crofut stopped so suddenly he had to pass him on the right shoulder. Moments later, Crofut crashed into Strebendt’s brand new GNC Danali.  Strebendt told investigators he heard Crofut yelling and making threats.  He said he tried to restart his truck to get away, but that it would not start.

Both men exited their vehicles.  Crofut was unarmed. Strebendt had a loaded .223 caliber rifle and a cell phone dialed to 911.  On the call recording, a frantic Strebendt tells the emergency operator that a man intentionally hit his car and was advancing toward him.  He says he cannot see the man’s hands, and he can be heard yelling for Crofut to stop and back away.  Crofut did not listen. He got close enough to Strebent to leave traces of touch DNA on the rifle.  Strebent shot Crofut with one fatal bullet to the head.

After a month-long investigation, and grand jury indicted Strebendt on murder.

Investigators found it suspicious that Strebent was driving around with a loaded .223 caliber rifle in his vehicle. In fact, Strebent had several weapons and loaded magazines in his truck, and one of his friends told police the Strebent was known to keep multiple firearms in his truck all the time.  While this behavior may have raised eyebrows, it was not illegal. In Oregon, as the Register-Guard reports, there are no laws prohibiting people from driving around with loaded weapons.  That is certainly not the case in all states.

While Oregon’s self-defense statutes do not specifically reference “stand-your-ground” or “no duty to retreat,” Oregon’s Supreme Court ruled in 2007 that there is no duty to retreat implied in the law.  The court’s interpretation has been that a person is justified in using deadly force if they reasonably believe another person is “using or about to use deadly force.” In Oregon, the law doesn’t distinguish between different locations on this point, it’s the same in your home, your car, or a on dark, isolated highway.

As a concealed carrier, it is, of course, important to understand the laws in your state. It’s worth considering, however, that just because the law allows something, that doesn’t mean it’s a good idea.  Strebendt was legally allowed to drive around with loaded weapons in his vehicle, but that wasn’t necessarily the most prudent way for him to manage his rifles and pistols — especially for someone who was known to have a short temper behind the wheel.

In his book about the legal defense, Sterebendt’s attorney Mike Arnold described the conditions on the Bob Straub Parkway where the fatal encounter occurred. “In the direction where Gerald and Crofut were headed, it was open road, with just a few side streets leading into neighborhoods,” he writes.  “There were a few street lights near the corners, but staring southbound in the dark of night would have been like looking in a black hole.”

Arnold’s point is that Strebendt found himself in a vulnerable position. His car was immobilized, and there was no place to retreat except into the darkness.  The darkness, the isolation — these elements factored into Strebendt’s state of mind as he encountered an angry, aggressive stranger.

On the recording of Strebendt’s 911 call, the emergency operator asks him to get back in his car and lock the doors.  Strebendt says he cannot do that because the other man, Crofut, is already next to his vehicle. The episode raises the questions about whether or not Strebendt would have been safer in his vehicle.  Knowing in retrospect that Crofut was unarmed, staying in the car would have been a better bet, but Strebendt didn’t know that at the time.  Under the circumstances, with an angry stranger yelling threats, being trapped in a car that wouldn’t start could have made Strebendt even more vulnerable if Crofut meant him harm.

A concealed carrier should always have situational awareness and understand where there are opportunities to withdraw from a confrontation safely and when there are not.  After exiting his vehicle, Strebendt retreated 80 feet from his vehicle before he pulled the trigger — when he was at the edge of the light from his headlamps and the unknown darkness.

Shortly after the collision, motorists began passing the men and the mangled vehicles on the highway.  At least one motorist stopped some distance away and called 911, telling the emergency operator that two men were arguing and one had an “assault rifle.”  She drove away from the confrontation but later told police that she “did not understand why anyone would want to confront or ‘talk to’ a person with a gun.”  The final thing she saw before leaving the scene, she told investigators, was Crofut walking toward Strebendt.

Arnold felt the testimony bolstered his client’s claim, and in the weeks following Strebendts arrest, the attorney actually placed signs along the highway where the shooting occurred, asking for any witnesses to come forward with what they saw, and a few people responded.

Like the two other cases we explored that occurred in or near vehicles, there were witnesses to the shooting. Eyewitness testimony can be helpful or harmful to a case, depending on what the witness saw, and how they interpreted the action based upon their limited perspective. What a concealed carrier needs to understand is that in any armed confrontation that takes place on a public roadway, there will very likely be witnesses — for good or for bad.

Lessons for the Concealed Carrier

Don West, veteran criminal defense attorney and National Trial Counsel for CCW Safe, recounted a story about a juror he once questioned in a self-defense case.  He asked the potential jurors to raise their hands if they owned guns.  He asked one of the men with his hand raised if he kept a gun in a car. “No sir,” the panelist said. “I get too angry at other people on the road. Having a gun in the car isn’t a good idea for me.”

Like the man from Don West’s story, concealed carriers need to be honest with themselves about when and where it’s appropriate for them to have a loaded weapon. If you have a history of losing your temper with other motorists, as Strebendt did, perhaps it’s not a good idea to keep a loaded weapon within easy reach of the driver’s seat.  There is a time and a place for firearms.  Deciding when and where is a very personal decision, but the prudent answer probably is not “everywhere” and “all the time.”

Strebendt, a former Marine sniper, choose to have loaded weapons with him all the time. Now, as part of the terms of his plea deal in the Crofut shooting, he is never again allowed to possess a firearm.

In the next installment of “The Four Elements of Self-Defense,” we will explore how Strebendt’s actions to escalate and de-escalate the confrontation factored into his legal defense.