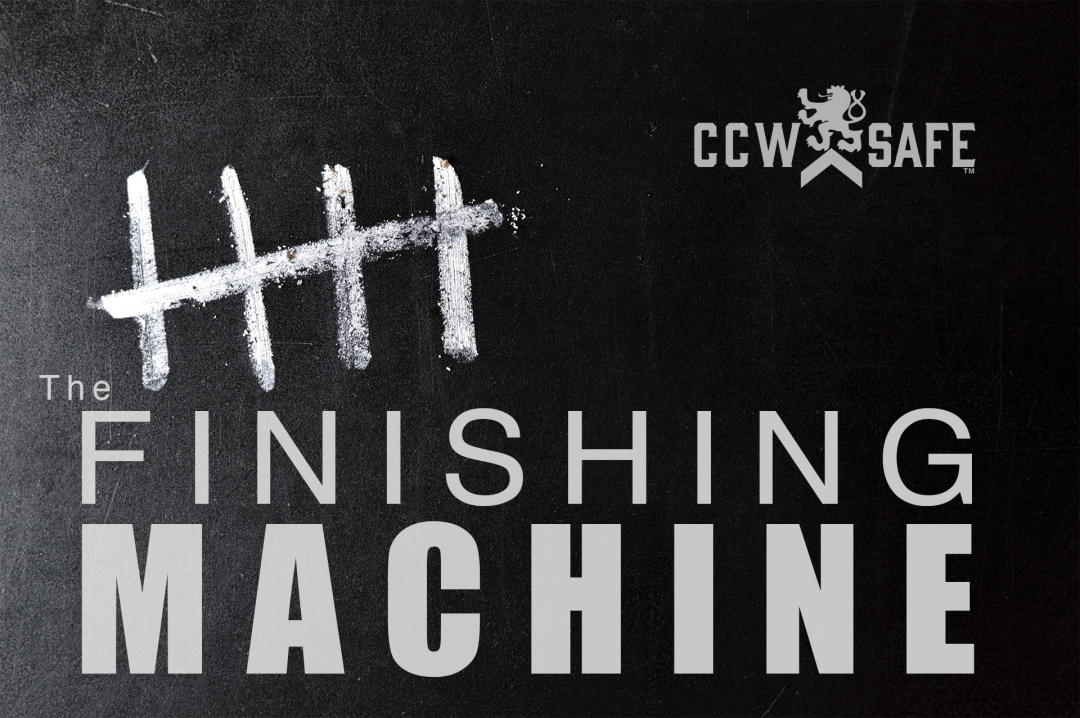 In this installment of “The Four Elements of Self-Defense,” we will look at the compromise plea deal that concluded the Strebendt prosecution and explore the lessons for the concealed carrier.  Like most of the shooters we analyze in this series, Gerald Strebendt was NOT a CCW Safe member.  We’ve chosen his case because it provides clear lessons for concealed carriers regarding what can go wrong in a self-defense shooting.

Gerald Strebendt never got his day in court for the self-defense shooting of David Crofut on the night of January 29, 2014.

Denied bond, the former Marine sniper and professional mixed martial arts fighter had been in jail for 14 months when he accepted a plea deal in May of 2015.  At the time, a trial was still at least a year away, and the defense had been dogged by reports of Strebendt’s prior bad acts — fights and road rage incidents. A proposed sentence of four years and 10 months would only result in 17 more months than if Strebendt were to be acquitted of murder at trial. All he had to do was enter a guilty plea to charges of criminally negligent homicide.

Had he gone to trial and been convicted of murder, Strebendt would have faced a mandatory minimum sentence of 25 years, perhaps many more.

Strebendt’s attorney, a scrappy former rugby player named Mike Arnold, believed deeply in his client’s innocence and hated the idea of an innocent man serving time. “Today is a sad day for all involved,” he told reporters, “but I respect his decision to take control of his life by settling this case.”

Lane County District Attorney Alex Gardner admitted that there was “mitigating evidence favoring Mr. Strebendt” that led to the prosecutor’s willingness to downgrade the murder charge — the most compelling of which was a significant amount of Crofut’s touch DNA found on the barrel of Strebendt’s .223 rifle.  Despite Strebendt’s repeated calls for Crofut to back away, desperate pleas that were recorded on his 911 call, Crofut had gotten close enough to get “a grip” on Strebendt’s rifle.

In Gerald Strebendt’s own words, here’s what happened that night:

“I’m on the way home with groceries so Kristin and I can make a nice dinner. There’s a car in front of me. It slams on its brakes. I swerve around him to the right to avoid the collision. Before I can do anything he revs up and hits my truck. I’m in shock. He just hit my brand new truck. I can hear him yelling. He is threatening me. I can’t start my truck. So I grab my gun and get out. I call 911. While I’m talking to the operator he keeps coming toward me. He sees my weapon. He says he’s got a gun, too. I back up, telling him to stay away. But he keeps coming. He doesn’t stop. I’m fearing for my life. So I pull the trigger. And he goes down.”

None of Strebendt’s claims were ever disputed by the physical evidence, although investigators never found a gun associated with Crofut.

What Strebendt didn’t know when he gave this account to attorney Mike Arnold is that David Crofut had a blood alcohol level nearly twice the legal limit for driving.  He also didn’t know that a witness reported seeing him pursue Crofut after the driver made an illegal right turn.  Strebent’s own ex-wife told investigators that he frequently had “road rage” and would often “brake check” other drivers.

After the plea, the prosecutor said, “While the investigation clearly established the role of Mr. Strebendt’s aggression in causing the initial vehicle collision with Mr. Crofut, it also showed that Mr. Crofut continued to approach Mr. Strebendt even though he knew Mr. Strebendt was agitated and armed.”

Both men made mistakes that contributed to the tragic shooting.

With his client’s permission, Mike Arnold wrote a book about the legal defense called “The Finishing Machine.” In his book, Arnold recalls a jailhouse conversation he had with Strebendt the day his client decided to take the plea deal. Strebendt admitted to Arnold that, after all his military training and his brief celebrity on the MMA circuit, “he had become what he despised: an arrogant bully.”

While in jail, Strebendt had lost his business and his home. He had lost his friends in the MMA world.  He knew that when he pled guilty, he’d lose his fiancee.

“I did everything wrong,” he told Arnold. “I’m a damned fool.”

Arnold couldn’t disagree. He writes: “To me, his self-assessment seemed, sadly, on the nose. He didn’t deserve to be in jail for defending himself. But yes, everything in his life had somehow led him here. He hadn’t done anything to prevent it.”

Self-defense, and the legal fight that follows, is a messy affair. If the Strebendt case has anything to teach a concealed carrier, it is that the distinction between a justified and unjustified self-defense shooting is not always clear, and the result of a self-defense homicide is not always guilt or innocence.

The prosecutor was convinced that Strebendt’s aggressive, antagonistic driving caused the crash that sparked the confrontation. Arnold knew that his client’s documented history of picking fights and road rage incidents would overshadow what otherwise looked like clear-cut self-defense. Even Strebendt admitted he was an “arrogant bully” and that he “did everything wrong.”

Don West, veteran criminal defense lawyer and National Trial Counsel for CCW Safe says, “These kinds of cases are the absolute worst because you end up with some people who were in extraordinarily difficult circumstances who make a life or death decision and wind up getting prosecuted.”

West says that in a case like Strebendt’s, going to trial is a risky gamble. “Self-defense is an all-or-nothing proposition. You admit to the act, but claim you were justified. If you were wrong, or misguided, or perceived things improperly, or if the prosecutor is able to poke holes in evidence that you are relying on, then that’s it, you’re convicted.”

Strebendt acknowledged this all-or-nothing predicament when he spoke to a reporter the day after he took the plea deal. “It’s basic math,” he said. “It’s insurance that I don’t have to run the risk of a jury getting it wrong.”

Don West also emphasizes that people facing murder charges are often not granted bond, or if they are, the amount is so high, they can’t pay it.  It means that they wait for trial behind bars, alone, with their lives destroyed. It takes a toll and affects their will to fight the charges.

When Arnold asked Strebendt if he was sure he wanted to plea, here is what his client said: “It’s May now, a year later, and I’ve hardly seen the sun. I’ve been sitting in a concrete box, in solitary. I’ve got no one to talk to. Nothing to do. They feed you s**t food, and you s**t it out where everyone can see you do it. They’ve set me up to be demoralized and desperate to leave this place.  We’ll, it’s worked.  I’d rather plead guilty and do a few years than risk spending the rest of my life, or even another year until my trial in a s**t hole like this.”

As a concealed carrier, if you ever find yourself in a situation where you have to decide whether or not to use deadly force to defend yourself, you’ll be judged, not just on the choice to pull the trigger, but on all that actions that got you into the situation in the first place, and possibly, on your lifetime of personal behavior.

If you don’t do everything perfect, then the result of the justice system may be imperfect, and you could be stuck with a bitter compromise that means spending real time in jail.  This is the reality of being a concealed carrier; this is the risk you assume when you choose to carry.

In the words of attorney Mike Arnold, “You feel a larger responsibility to yourself, your family and society to avoid conflict when you are carrying the ultimate conflict-ending device.”

It’s rare for an attorney to have the permission of his client to write candidly about all the nuances of a legal defense in a criminal case, but Mike Arnold’s book “The Finishing Machine,” is one of those rare circumstances.  His book allowed us to write about this very interesting self-defense case in great detail, and it is a must-read for any concealed carrier.  In our next series, we are going to explore the case of Gyrell Lee, a man convicted of second-degree murder for shooting his cousins killer only seconds after the homicide was committed.