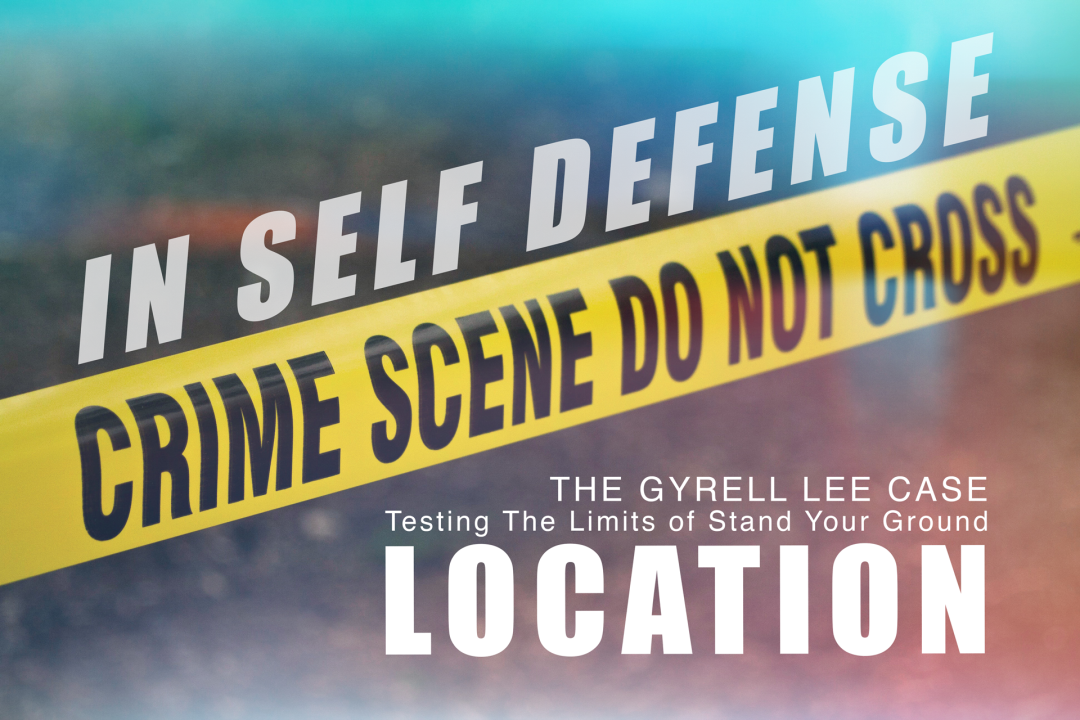 Posted on January 11, 2019 by Shawn Vincent in In Self Defense

“In Self Defense” The Gyrell Lee Case: Testing The Limits of Stand Your Ground- Location

In this installment of “The Four Elements of Self-Defense,” we explore how the location of the shooting affected the legal defense in the Gyrell Lee case.  Like most of the shooters we analyze , Gyrell Lee was NOT a CCW Safe member.  We’ve chosen his case because it provides clear lessons for concealed carriers regarding what can go wrong in a self-defense shooting.

Prosecutors said that Gyrell Lee was, in his own words, “waiting for a clear shot” to shoot Quinton Epps.  Moments earlier, Lee’s cousin Jamieal Walker punched Epps in the face after a heated argument.  Defense attorney Sam Dixon contended Lee knew Epps had a gun hidden behind his back, and Lee was just trying to protect his cousin from an imminent deadly threat.  He failed.  After being punched, Epps shot Walker multiple times before turning his gun on Lee.  Lee fired first, shooting Epps eight times.  Epps died of the wounds 2 ½ hours later.  Lee fled the scene and hid his gun under a trash can.  Officers from the Elizabeth City Police in North Carolina picked Lee up the next day as part of an investigation into a double homicide. It was New Year’s Day 2013.

Although Lee claimed self-defense, a grand jury indicted him on first-degree murder for the shooting of Epps.  After a week-long trial in July of 2015, a deadlocked jury, under pressure from the judge, finally reached a verdict: guilty of second-degree murder.  According to a newspaper report, two of the female jurors shed tears as the judge sentenced Lee to 16 to 20 years in prison.  Lee wept too.

Nearly three years later, the Supreme Court of North Carolina tossed the verdict and ordered a new trial. North Carolina is a “stand-your-ground” state, and Lee, they say, “acted in self-defense while standing in a public street where he had a right to be when he shot Epps.” Moreover, “The trial court did not instruct the jury that the defendant could stand his ground.”  Had the lower court properly charged the jury, the Court writes, it is likely “a different result would have been reached at trial.”

The Supreme Court of North Carolina’s prediction of “a different result” won’t be proven until Lee takes his case back before a jury.  What the “Tar Heel” State’s highest court did prove, however, is that the location of a self-defense shooting has significant bearing on how a jury decides whether deadly force was justified.

You are never more justified in using deadly force than when you’re facing an intruder in your own home. Don West, veteran criminal defense attorney and National Trial Counsel for CCW Safe, says that juries and law enforcement alike may be inclined to forgive a homeowner a few mistakes in judgement when facing an uninvited threat at home. It’s something West calls “forgivable subjectivity.”

This idea of “forgivable subjectivity” may be extended to a person in their car. Many states have codified this consideration by passing laws that specifically reinforce an individual’s right to defend themselves while in their vehicles.

The “stand-your-ground” laws in effect in the majority of states specifically reinforce an individual’s right to use deadly force in defense of imminent bodily harm no matter where they are — so long as they have a legal right to be there and they are not breaking the law.  Even though the law in “stand-your-ground” states removes the legal “duty to retreat,” Don West says that, unofficially, people who use deadly force in self-defense in a public place give up a little of the forgivable subjectivity they may expect at home.  “In a public place,” West says, “everyone has equal standing, no one is more entitled to be there than anyone else, and so no one gets the benefit of the doubt.”

During closing arguments, the prosecutor suggested Lee should have retreated from Epps because that’s what a reasonable person would have done. The statement flies in the face of North Carolina’s “stand-your-ground” statute. The trial court’s failure to counter that statement with a proper jury instruction allowed the North Carolina Supreme Court to overturn the conviction. However, Lee’s been behind bars for more than five years now, and the whole legal quagmire demonstrates Don West’s point that a jury can be swayed by the suggestion that someone who defends himself in a public place is held to a tougher standard than someone in his home — no matter how the statue reads.

Lee made some big mistakes in the shooting of Epps, but despite those mistakes, the jury was clearly on the fence about convicting him.  Had similar circumstances unfolded in Lee’s driveway or in his home, Lee might have been granted a little forgivable subjectivity and escaped a guilty verdict.  The lesson for the concealed carrier is that, no matter what the law says about stand-your-ground, if you use deadly force in self-defense while in a public place, you may very well be held to a higher standard than if the shooting occurred in a private place where you unquestionably belong.

In our series “The Four Elements of Self-Defense,” we explore how location, escalation, reasonable fear, and post-incident actions can affect the legal defense in self-defense shooting.  In the next installment, we’ll look specifically at how the concept of “escalation” factored into Lee’s legal defense.