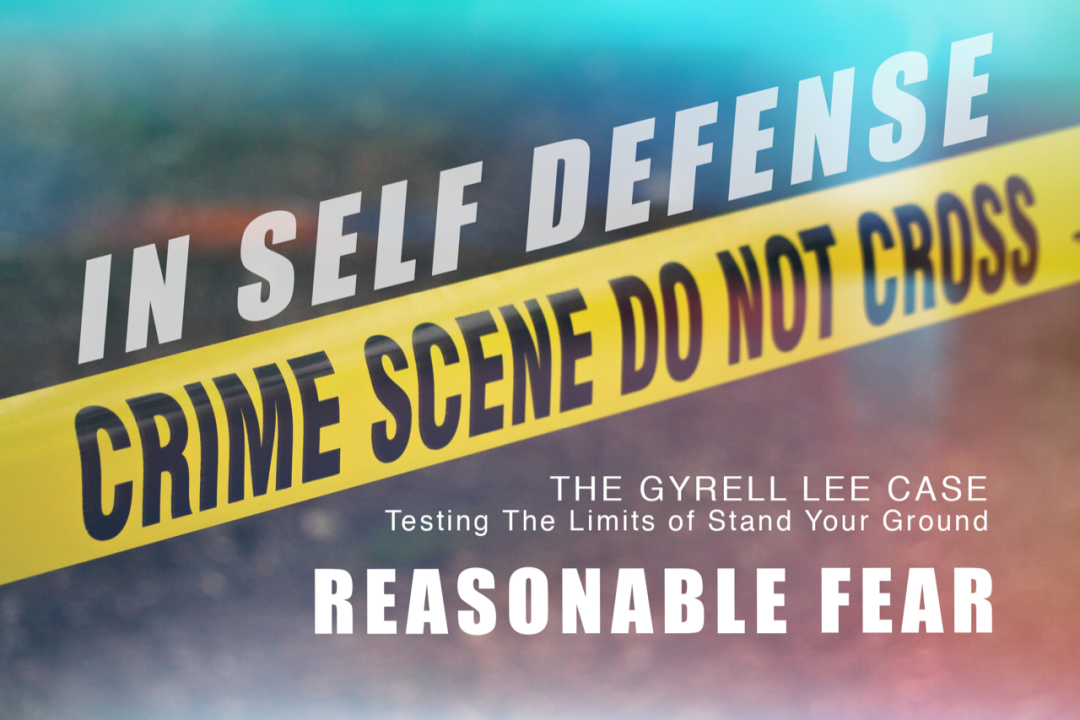 Posted on January 25, 2019 by Shawn Vincent in In Self Defense

“In Self Defense” The Gyrell Lee Case: Testing The Limits of Stand Your Ground- Reasonable Fear

In this installment of “The Four Elements of Self-Defense,” we explore how the concept of “reasonable fear” factored into the legal defense in the Gyrell Lee case.  Like most of the shooters we analyze, Gyrell Lee was NOT a CCW Safe member.  We’ve chosen his case because it provides clear lessons for concealed carriers regarding what can go wrong in a self-defense shooting.

Gyrell Lee shot Quinton Epps eight times in the middle of a street in Elizabeth City, North Carolina not long after midnight on New Year’s Day, 2013. Moments earlier, it was Epps who was the gunman as he shot Lee’s cousin Jamaiel Walker twice in the stomach, continuing to fire as Walker ran away.  Walker and Epps both died from their wounds.  Lee fled the scene and hid his gun under a trash can.  Police picked him up about 12 hours later as part of their investigation into a gunfight that resulted in a double homicide.

Lee claimed self-defense, but he was charged with first-degree murder, and in July of 2015, a jury convicted him on the lesser charge of second-degree.  He’s currently in jail awaiting a second trial that was ordered by the North Carolina Supreme Court due to an improper jury instruction.

The gunfight that claimed the lives of Epps and Walker erupted after hours of escalating tension between the two.  While Walker and Lee celebrated New Year’s Eve outside Walker’s home, Epps came by repeatedly and provoked Walker, each time being more verbally abusive than the last. The arguments became so heated that Lee, a licensed concealed carrier, chose to arm himself with a .45 caliber pistol. “Just in case,” he said.

The deadly confrontation erupted when Epps drove past the house a final time, and Walker and Lee walked down the street to speak to him.  As Walker and Epps began to argue, Lee noticed Epps had a gun behind his back.  When Walker punched Epps, initiating the violence, Lee drew his pistol to protect his cousin from the deadly threat he believed Epps presented.  He would have fired, but as he said in a recorded jailhouse conversation, he “couldn’t get a clear shot.”

According to Lee, he fired after Walker had been shot and Epps turned his gun on him.

At trial, Lee’s attorney, Sam Dixon, asked jurors to focus on the murder that Lee had just witnessed: “This is about a man pulling out a gun, grabbing him (Walker) by the hoodie and pumping him full of bullets until he dies.”

“Don’t you think you would get scared?” Dixon asked the jury.

Chief Assistant District Kimberly Pellini said the shooting of Epps wasn’t self-defense but murder with malice. She noted the forensic evidence showed that one of the bullets Lee fired left a divot in the pavement under Epps’ body, suggesting that Lee continued to fire even after Epps had collapsed to the ground. She used Lee’s “clear shot” statement to suggest that Lee had time to reflect on what he was about to do, making it a premeditated homicide.

The jury was left to decide whether Lee was reasonably afraid that he would be Epps’ next victim or whether they thought Lee was avenging the murder of his cousin by “taking the law into his own hands,” as Pellini described it.

Pellini’s reference to the divot in the pavement must have resonated with at least some of the jurors, because they asked to review the photograph of that evidence during deliberations.  If any jurors had a picture in their mind of Lee standing over Epps, firing shots into his prone body, it may have been hard for them to imagine such an act was self-defense.

Don West, veteran criminal defense attorney and National Trial Counsel for CCW Safe, says that someone can still be a threat if they are prone on the ground, but it might take hiring a use of force expert to testify at trial to convince a jury. It’s unclear from press reports whether the defense tendered such a witness, but West says the prosecutor seemed to successfully use that tiny bit of evidence to transform Lee from a man “responding to eliminate an immediate threat to a guy who was trying to even the score.”

The prosecutor also suggested that a reasonable person in Lee’s shoes would have “removed himself from the situation” and “run away.”  North Carolina’s “stand-your-ground” law specifically states that a person who is lawfully in a public place does not have a duty to retreat when faced with an imminent threat. The failure of the judge to remind the jury of the law is what caused the North Carolina Supreme Court to overturn the verdict.  Nonetheless, when a person misses obvious opportunities to escape or avoid a dangerous confrontation, it’s natural to suspect he’s not motivated solely by fear, even if the law states otherwise.

The lesson for the concealed carrier is that every piece of evidence in a self-defense case can and will be used to determine the state of mind of the shooter.  If the evidence is ambiguous, or if it is misinterpreted by the jury, or twisted by an overzealous prosecutor — then it could be used to make justified self-defense look like murder.

Defense attorney Mike Arnold, who we quoted in our exploration of the Gerald Strebendt case, suggested that fear and anger aren’t always mutually exclusive. Instead, they coexist on a continuum, and it is possible to feel some measure of fear and anger at the same time.  What starts as fear can quickly turn to anger.  Perhaps Lee’s first shot was fired in legitimate fear, but his last shot — the one that left the divot — perhaps that was in anger.

It’s important for concealed carriers to be honest about what they feel in their hearts during a confrontation. If there is a trace of anger, there’s a chance it will affect your actions in a stressful, life-threatening situation, turning a justified self-defense shooting into a murder.