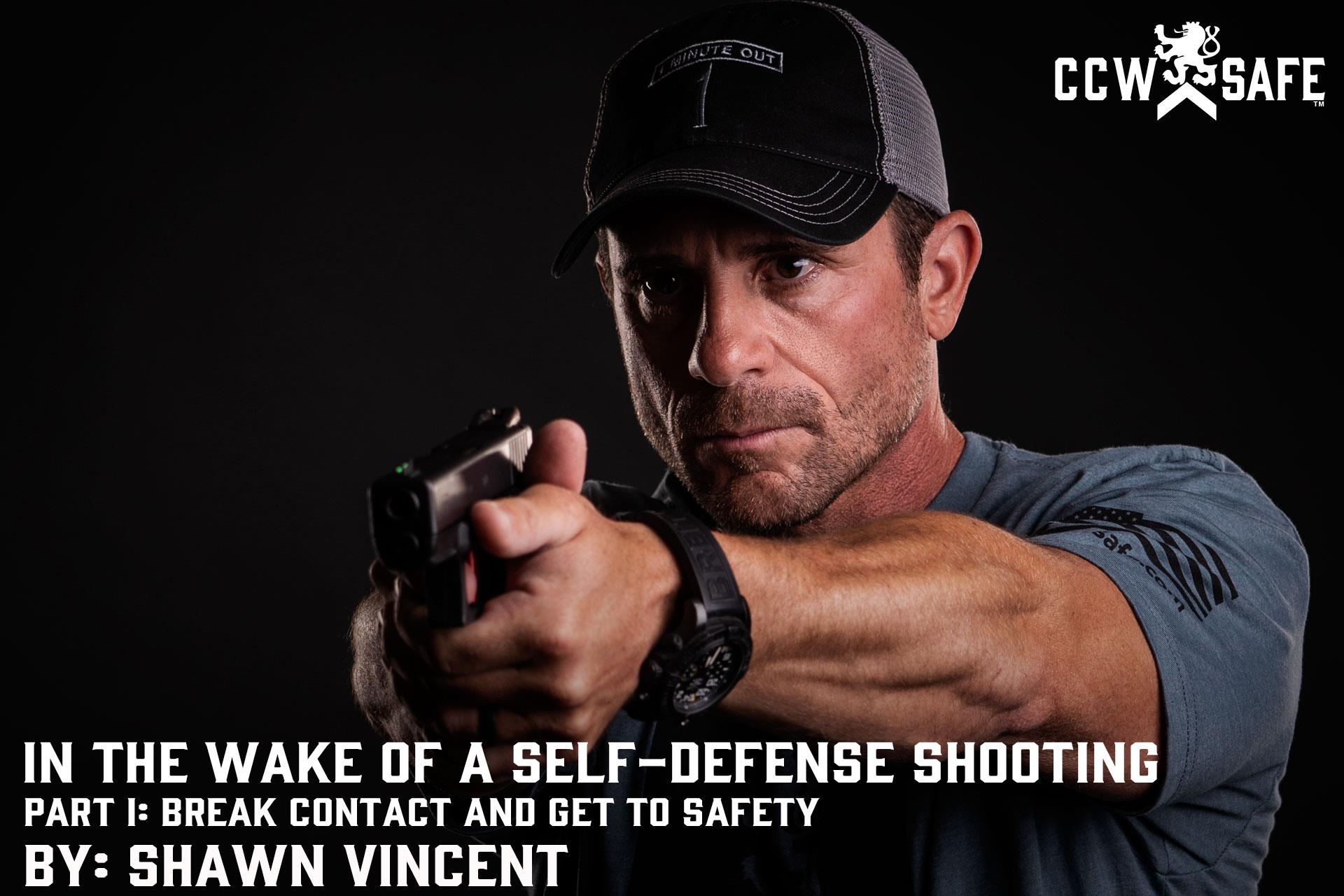 Posted on November 12, 2021 by Shawn Vincent in In Self Defense

In the Wake of a Self-Defense Shooting Part I

In the Wake of a Self-Defense Shooting

What you do in the seconds and minutes following a self-defense shooting can have an impact, not just on your survival, but on your ability to stake a valid self-defense claim. Gary Eastridge, CCW Safe’s Critical Response Coordinator says one of the most common questions he gets from members is regarding what to do in the immediate aftermath of a self-defense shooting. The truth is that a defender’s post-incident actions should be informed by the specific circumstances of the shooting. While there are no “one size fits all” answers, CCW Safe has produced a list of ten things to consider after a self-defense shooting, and it provides a good set of guidelines for concealed carriers negotiating the aftermath of a use of force incident.

An armed defender’s first consideration is protecting their lives and the lives of the people they love. Surviving an attack is the top priority; everything else is secondary, and with that in mind, the number one item on the list of what to do after a self-defense shooting is to make sure you are safe. Making sure you are safe can be a delicate balancing act because you want to be sure the attacker has fled or is incapacitated, but you also don’t want to use more force than you’re legally justified to use. It may be wise to leave the immediate area if the attacker still has the potential to inflict harm, but you also don’t want to seem as if you’ve fled the scene.

CCW Safe member Stephen Maddox was wrestled to the ground by a much larger man who had attacked him twice earlier in the evening. Outmatched physically and unable to flee, Maddox managed to unholster his .45 revolver, and he fired all five rounds into his attacker at close range. None of the shots were immediately fatal, but they served to stop the attack so Maddox could extricate himself and retreat to safety. He went around the corner of a building and engaged with 911. Maddox would discover later that his attacker bled to death on the scene. Maddox did two very important things right after he incapacitated his attacker: he resisted the urge to further injure the attacker after the threat was neutralized, and he immediately found a safe place nearby where he could interact with 9-1-1.

Oklahoma pharmacist Jerome Ersland fired his Taurus Judge at armed robbers who invaded his pharmacy. Ersland kept his unique pistol loaded with .410 bore shot, and a single pellet struck one of the assailants in the head, incapacitating him, but not killing him. After chasing the second robber into the street, Ersland returned to his store, retrieved a second pistol, and shot the incapacitated intruder. This time, the shots were fatal. At trial, Ersland argued that the intruder still posed a threat, but the jury disagreed and convicted the pharmacist of murder.

Michael Dunn shot Jordan Davis in a gas station parking lot after an argument over the loud music coming from the red Durango SUV occupied by Davis and his friends. By all accounts, Davis became enraged at Dunn and issued verbal threats, and Dunn claimed he saw Davis display an object that looked like the barrel of a gun. In response to the perceived threat, Dunn pulled a pistol from his glove box and fired at the car, fatally striking Davis. The Durango retreated and stopped at a nearby parking lot. Fearing retribution, Dunn fled the scene, but he didn’t stop at a safe, nearby place to call 9-1-1; he drove to his hotel room and ordered a pizza. At trial, the jury was deadlocked on the murder charge. Had Dunn driven to safety nearby and immediately reported the shooting, it’s possible he would have been acquitted.

Ersland fired after the threat was down and out. Dunn fled to a safe place but failed to report the shooting. Gyrell Lee made both mistakes. During a late-night verbal altercation between Lee’s cousin and a man named Quintin Epps, a fight broke out. Lee’s cousin threw the first punch. Epps responded by shooting Lee’s cousin several times in the stomach. Fearing he’d be next, Lee drew his pistol and shot Epps. Physical evidence showed that one of the shots Lee fired struck Epps while he was lying prone on the ground — one round more than was necessary, prosecutors argued at trial. Anticipating retribution from Epps’ friends, Lee fled to safety, but like Dunn, he failed to report the shooting, and he was arrested just hours later.

While an armed defender shouldn’t shoot someone after they’ve been incapacitated, that doesn’t mean that everyone who has been shot no longer poses a threat. Home alone with her young twins, Melinda Herman saw a man approach her front door with a crowbar. She gathered her children, armed herself with a .38 revolver, and hid in a cramped crawlspace upstairs. The intruder tracked her down, and when he founder her, Herman fired all six rounds, and although she struck her attacker five times in the face, neck, and torso, he still had enough strength to flee the home and drive his truck to a nearby neighborhood. It means if he had been motivated, he could have pressed his attack against Herman and her children who were now essentially unarmed and unable to flee.

Firearms instructor Chuck Haggard says that the purpose of self-defense is not to kill your attacker but to “break contact.” That means that armed defenders could face the unusual challenge of trying to assess the threat posed by a wounded attacker.  The lesson for concealed carriers is that you should only use enough force to break contact with an attacker, and if you have disabled them so they are too wounded to flee — but not so wounded that they couldn’t still pose a threat — your best bet is to move to a nearby safe place. We never recommend leaving the scene of a self-defense shooting, so it’s important that you get to the very nearest defensible location and immediately call 9-1-1. You should go to great lengths to avoid shooting an attacker who has been critically wounded because it could be difficult to demonstrate the attacker still had the ability and opportunity to cause you great bodily injury or death.

Perhaps the best example of this is Zach Peters. He used his father’s AR-15 to shoot three intruders who had just broken into his home. All three intruders fell to the ground, but Peters didn’t know if he had killed them, and he didn’t know if they were armed with guns and could still shoot at him. He resisted the urge to “finish them off,” and instead, he locked himself in his bedroom and dialed 9-1-1. All three intruders ultimately died of their wounds, but Peters survived the intrusion unscathed and was publicly cleared of any wrongdoing within five days.