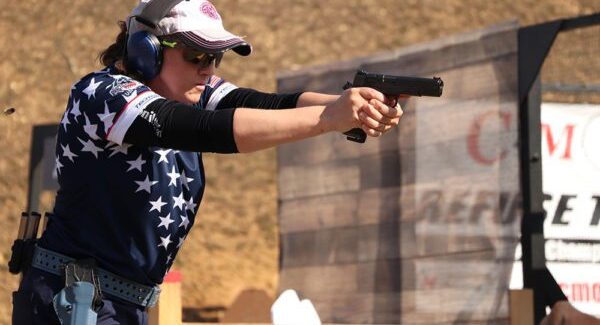 Posted on August 3, 2022 by Grady Epperly in Press Release

CCW Safe is pleased to officially announce a partnership with Julie Golob, one of the world’s most accomplished competitive shooters. The relationship will feature innovative, engaging, and educational content on both Julie’s and CCW Safe’s social media channels and websites.

“Julie Golob is in a category all her own, and her accomplishments are unmatched,” said CCW Safe President Kent Brown. “More importantly, Julie has a passion for educating gun owners on gun safety and will serve as the perfect ambassador for CCW Safe’s values and brand. We couldn’t be more thrilled to have her on board.”

Over the last 30 years, Julie has established herself as one of the most accomplished competitive shooters, both nationally and overseas. She’s won more than 50 major championships and is the only woman to win a United States Practical Shooting Association (USPSA) national title in all seven handgun categories.

“I’m very excited to partner with CCW Safe,” Julie shared. “There’s a peace of mind and confidence that comes from knowing that you have someone in your corner when it really matters. Beyond a legal defense membership program, CCW Safe has deep roots in law enforcement and legal experience that make it a standout in the industry. I’m proud to become a part of their team of experts.”

Before her civilian competition career took off, Julie served as a sergeant in the US Army Marksmanship Unit (USAMU). In 1999, she won nearly every title she competed for and was recognized as the US Army Female Athlete of the Year, a prestigious honor never before bestowed on a competitive shooter. She served with the USAMU at Fort Benning, Georgia, for eight years and trained numerous recruits before being honorably discharged.

Julie’s service to others continues with her partnership with CCW Safe. Together, they’re educating current and prospective gun owners on the importance of protecting their families, including in self-defense incidents. CCW Safe provides legal services to gun owners involved in use-of-force cases, and its leadership has decades of invaluable law enforcement experience that its members and families can tap into.

You can also read more about Julie’s story on her website at www.JulieGolob.com.