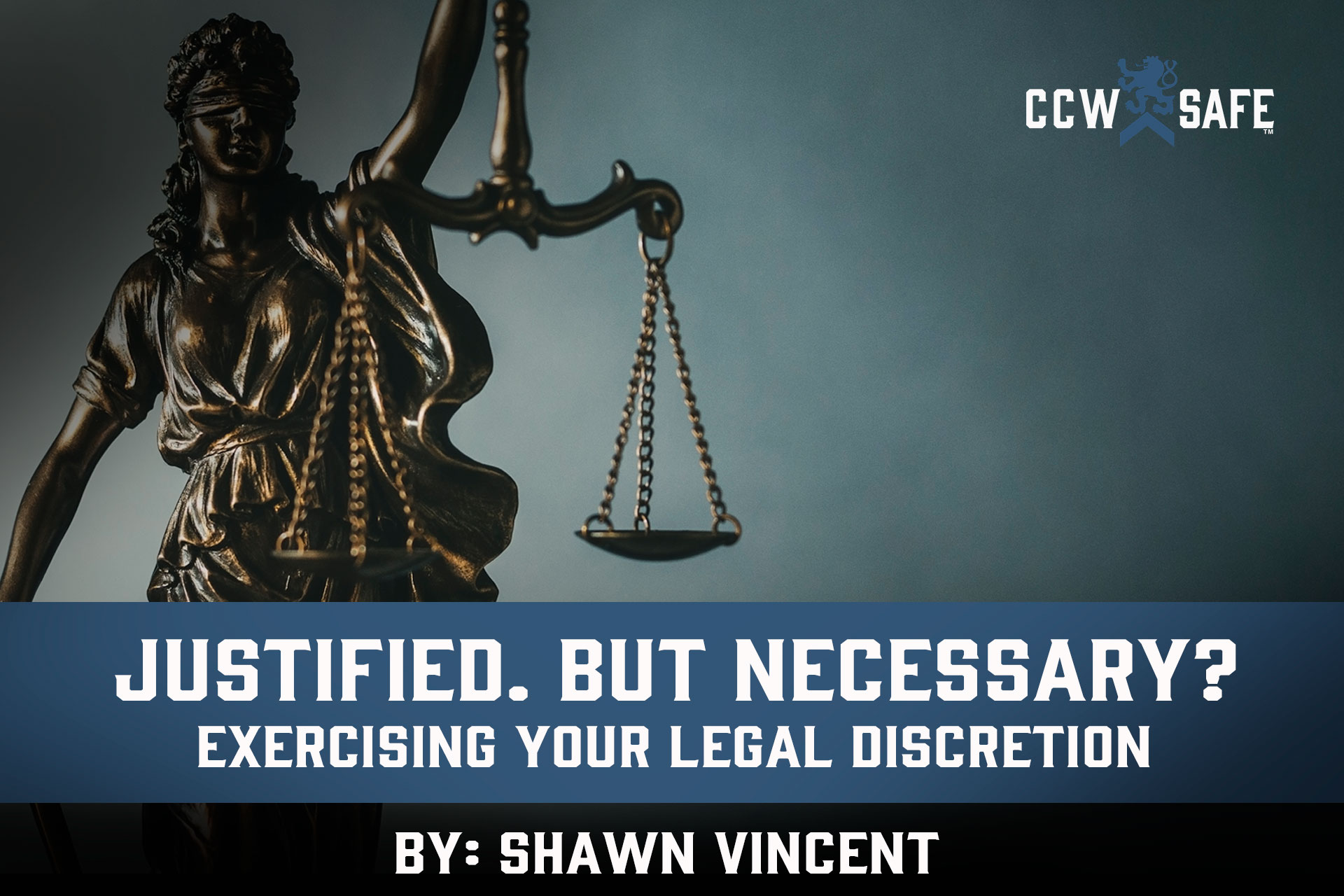 Posted on September 20, 2019 by Shawn Vincent in In Self Defense

Last month we explored the case of a Nashville man who was the victim of an attempted robbery. A hooded teen approached the man at an ATM. He produced a pistol. The teen didn’t know the man he was attempting to rob had a concealed carry permit and a gun. The man at the ATM drew and fired, striking the assailant multiple times. When the teen collapsed, the man took the assailant’s weapon and retreated to safety.

The teen, who survived the shooting, was charged for the robbery. Police, who would have been able to access the ATM security footage, believed the man’s self-defense claims, and no charges were filed against him for the shooting.

The man was clearly justified in using deadly force. But here’s a controversial question: Was the use of deadly force absolutely necessary?

Don West, veteran criminal defense attorney and National Trial Counsel for CCWSafe, says the man was justified from two points of view. First, the presence of a gun in a robbery signals the assailant’s ability and willingness to use deadly force; for the victim, the threat of death is imminent, and the use of deadly force is justified under the law. Secondly, most states have statutes that justify the use of deadly force to prevent the imminent commission of a forcible felony. A robbery is a felony, and the man at the ATM justifiably used force to stop it.

But what would have happened if the man at the ATM had been unarmed? Or if he chose not to draw his weapon? Chances are, the robber would have run off with the man’s cash, probably his wallet, and maybe his cell phone. When faced with the opportunity to use deadly force to protect property, if you can safely do so, it’s always best to sacrifice the property in exchange for saving a life (however unworthy) and saving yourself from the scrutiny and potential legal jeopardy that comes with committing a homicide (no matter how justified).

Here’s another consideration. Most robbers don’t intend to kill their victims. There is an implied contract of “your money or your life.” Had the man at the ATM surrendered his property, it’s unlikely anyone would have been shot. However, the instant he introduced his own firearm into the mix, a gun fight was inevitable. Tactically, the victim of this attempted robbery was at a disadvantage because the assailant already had his pistol drawn. It’s some combination of luck and skill that allowed the man at the ATM to escape that deadly showdown unscathed.

Nevertheless, as much as I may suggest that the likely outcome of a robbery is that the victim is left unharmed, I know that’s not always the case. I’ve been involved in negligent security cases where depraved criminals shoot their victims even after they have stolen their valuables. I’ve seen security footage of carjackers running over their victim after stealing their car.

Using deadly force or not using deadly force — either way, it’s a hell of a gamble in a situation like this. Only the man at the ATM could look into the eyes of his assailant and guess whether the hooded teen intended to kill him or whether surrendering  his property would end the confrontation.

That’s why, Don West says, “The law allows you to make that decision however you choose to make it. The law doesn’t expect you to fine-tune your thinking or to try to read  his mind about what his intent is in shooting you or not.”

The lesson for concealed carriers, however, is that just because the law allows for the use of deadly force in extraordinary circumstances, it doesn’t require it. When deadly force seems justified, use your legal discretion to judge whether or not it is absolutely necessary.

No one should criticize the Nashville man for thwarting the robbery with deadly force; the treat in his case was clear.  But it’s not always so clear. We’ve written about Ted Wafer, who shot someone he thought was trying to break into his home in the middle of the night, but it turned out to be an injured girl looking for help, and Wafer went to jail. We’ve written about Gerald Strebendt, who shot an angry motorist who seemed to be aggressively advancing on him, but it turned out the man was drunk and probably just trying to pay him cash to mitigate the accident he had just caused. Strebendt faced a long, relentless prosecution and spent years behind bars.

The point is that you can be wrong about the details of a threatening confrontation. If you approach your decision to carry concealed with the mindset that you will only use deadly force when absolutely necessary — not just when you are legally  justified — then you could save yourself and your family a world of legal peril in the wake of a potential self-defense shooting.