Posted on April 24, 2018 by support@ccwsafe.com in Training

Larry Vickers, retired US Army 1st SFOD- Delta combat veteran, and firearms community advisor for CCW Safe, has trained over 5000 people in his training career, and talks about the number one problem he sees in regards to firearms safety.

Treat all weapons as if they are loaded at all times.

This is one of the four firearms safety rules, and while most people treat firearms as if they are loaded at all times, “most people do so until they think the firearm is unloaded, then they treat it as if it were plastic or wood” Larry explains.  He sees this as a universal problem, and explains that he believes that it is something in the human psyche that they treat a weapon as loaded, until they know that it is not.  He has trained people in numerous countries, and sees it everywhere.

It’s a matter of time before you think a weapon is empty and it’s not.

By maintaining and adhering to the four rules of firearms safety, you can avoid an accidental discharge, but in the worst case scenario, if you do have an AD due to thinking that a firearm is empty, applying the other rules will ensure that if that day comes, no one will be bleeding.

Keep this in mind when handling a firearm, and always treat all weapons as if they are loaded at all times.  The four rules of firearms safety are: 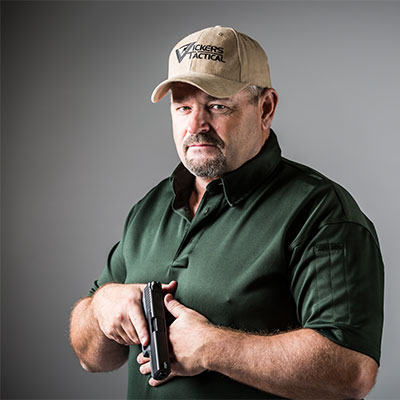 Larry Vickers of Vickers Tactical is a retired US Army 1st SFOD- Delta combat veteran with years of experience in the firearms industry as a combat marksmanship instructor and industry consultant.  Larry is the firearms and training community advisor for CCW Safe.