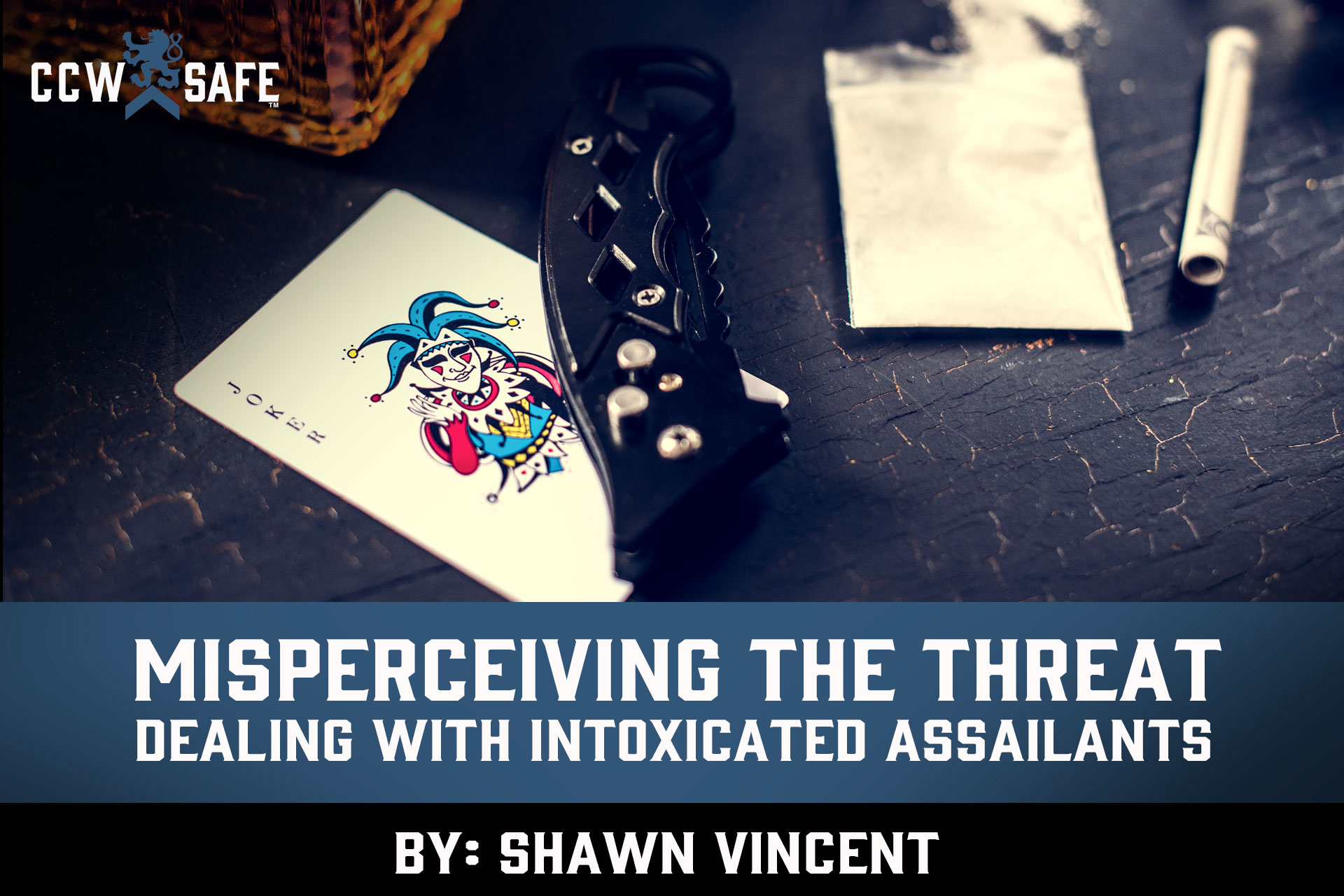 Posted on September 13, 2019 by Shawn Vincent in In Self Defense

Going into the Drejka trial, we knew a few critical facts would dominate the legal arguments. We knew Michael Drejka initiated a verbal confrontation with Brittnay Jacobs over a handicapped parking spot. We knew there was video of Jacobs’ partner, Markis McGlockton, storming out of the convenience store and violently shoving Drejka to the ground, and we knew that same video would show Drejka pause for a moment after he drew his pistol and before he fired the shot that killed McGlockton. What we didn’t know until trial began, however, is that McGlockton was high on MDMA, the club drug called ecstasy, and according to expert testimony, the levels in his system were about six times the therapeutic level of the drug.

Prosecutors tried to mitigate the impact of McGlockton’s intoxication at trial. Their expert witness on the issue was Bruce Goldberger, chief of forensic medicine and director of toxicology at the University of Florida. Goldberger called MDMA a “love drug” and testified that it would have made McGlockton calmer and more mellow. The defense mustered Daniel Buffington, an associate professor at the University of South Florida who owns a clinical pharmacology business. As reported by the Tampa Bay Times, “Buffington said the drug’s adverse side effects can include impulsivity, aggression, reckless behaviors, and impaired decision-making.”

It was up to the jurors to determine which expert’s testimony was most credible — or if any of it even mattered at all in their deliberations. Don West, veteran criminal defense attorney and National Trial Counsel for CCW Safe says that regardless of whether the MDMA made McGlockton mellow or aggressive, what’s not in dispute is that he had significant quantities of a mood altering drug in his system, and that likely affected his behavior.

After shoving Drejka to the ground, McGlockton stepped towards him and hiked his shorts up. When Drejka produced his pistol, McGlockton turned slightly and took a couple slow steps backwards. During a recorded interrogation of Drejka, a deputy suggests that McGlockton was retreating. Drejka says he didn’t see McGlockton stepping away — perhaps because McGlockton’s movement was relatively subtle, perhaps because McGlockton was mellowed by the “love drug.” Surveillance video shows the reaction of a witnesses to the shooting. The man, who had just exited the store, rushes out of the way as soon as Drejka produces the pistol. The behavior makes a stark contrast to McGlockton’s muted retreat, and it falls more in line with what one would expect from an unarmed individual who encounters someone with a gun.

Here’s a question that wasn’t really asked at trial: Did McGlockton’s impared state cause him to react differently and unexpectedly to the threat of Michael Drejka’s pistol? And did the unexpected behavior affect how Drejka interpreted McGlockton’s actions? This is not the first case we’ve explored where a defender misinterpreted the actions of an intoxicated assailant.

In the Ted Wafer case, Renisha McBride was drunk, high, and injured when she started banging frantically on Wafer’s front door at 4am. She was probably looking for help, but Wafer couldn’t have known that. He was certain an intruder was trying to break in. When he opened his front door to confront the perceived threat, the impaired stranger on his porch tried to enter the house, and Wafer shot her in the head. Wafer was convicted of second degree murder.

Gerald Strebendt was rear-ended at night on a remote stretch of highway. David Crofut, the man who hit him, started shouting threats and obscenities. Strebent armed himself with the .223 rifle that he had in the back of his truck, and he retreated 80 feet, all the while imploring Crofut to back away. The fact that Crofut continued to advance on Strebendt — even though Strebent was pointing a menacing-looking rifle at the assailant — caused him to fear the stranger’s intentions. He couldn’t have known that Crofut had been drinking all evening and had a .156 blood alcohol level. After the inebriated assailant got close enough to grab the rifle, Strebendt shot him with a single round to the head. Originally charged with murder, Strebendt plead guilty to criminally negligent homicide in exchange for a reduced sentence of 58 months in prison.

Don West says, “If someone doesn’t react the way you expect them to in a self-defense situation, you’re inclined to assume the worst, and that adds to the confusion of a dynamic and deadly situation.”  The lesson for concealed carriers is that, when faced with a perceived threat, especially one that doesn’t appear to be acting predictably or reasonably, you need to consider the possibility that the person is somehow impaired. Accordingly, you should reassess your perception of the threat, and fire only if you’re absolutely certain that the person poses an immediate threat of death or great bodily harm. Drejka, Wafer, Strebendt: all three of these men shot unarmed assailants, in part, because they misinterpreted their behavior, and in each case the misjudgement cost the defender his freedom.