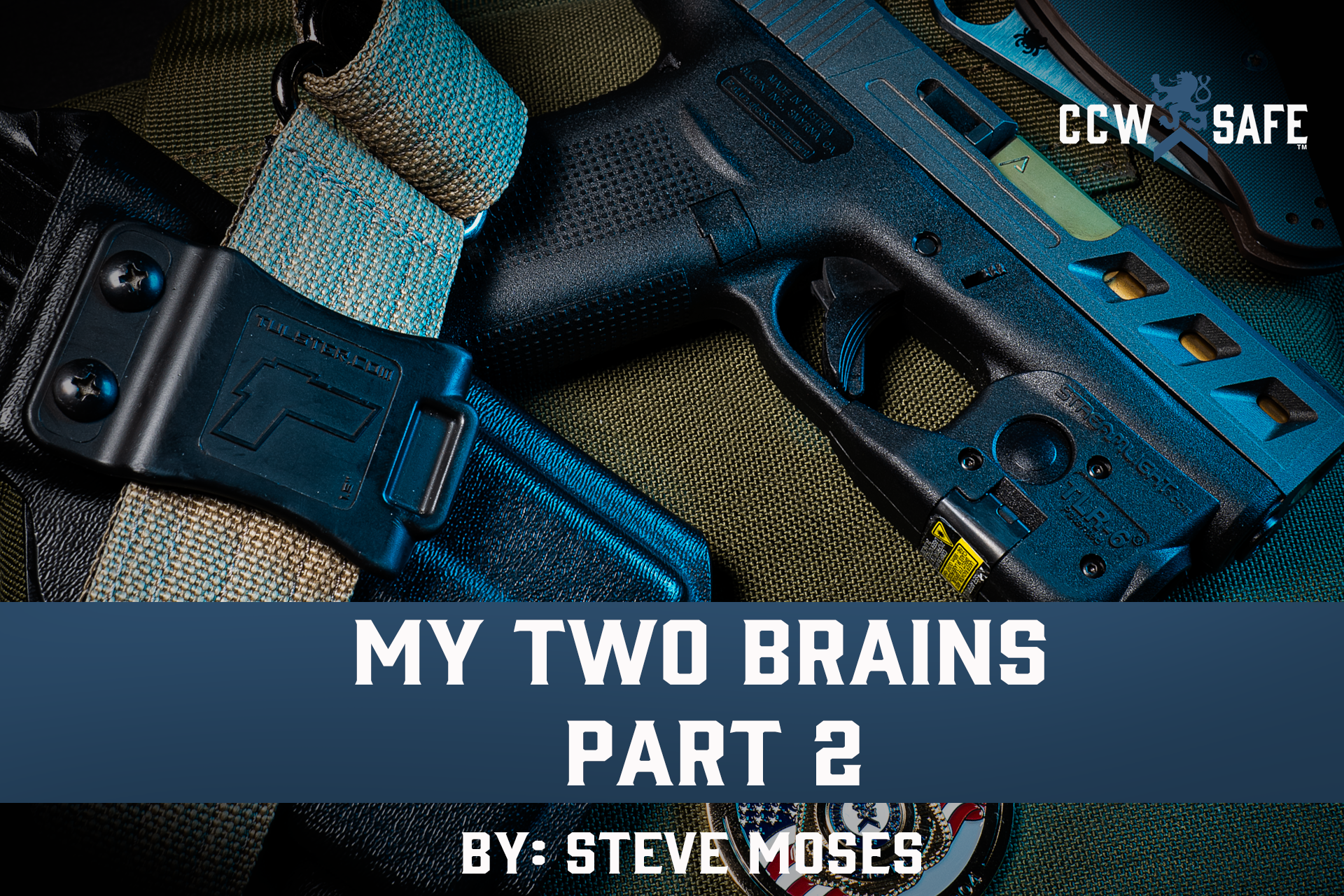 Posted on June 1, 2020 by Steven Moses in Training

John Hearne believes that the most important factor is creating an accurate mental map, and goes on to write: “The term mental map is shorthand for an incredibly complicated process in which the mind creates a model of the surrounding environment and creates expectations about how that world works. When the subconscious is evaluating whether to trust the situation to the emotional or rational mind, how well the mental map matches the unfolding reality will be the deal-breaker between continuing to trust the rational mind or defaulting to the emotional mind.”

Whenever the mind is experiencing novel stimuli under stressful circumstances, there is a greater possibility that without a mental map in place the mind will default to the emotional brain.  As discussed in Part One of this article, the emotional brain is not particularly good at analyzing and synthesizing complex solutions to an ongoing crisis situation. Concealed carriers most likely to perform well under stress are those with a long history of training the subconscious to ignore the pull of the emotional brain and rely instead on their trained rational brain.

It is believed that the human brain works on the principle that if one does something over and over, it must be important. The brain will eventually begin to prioritize motor skills and tasks it deems important and look for ways to do them that are more efficient and faster. At some point, well-developed tasks and motor skills typically become far less likely to fail when subjected to high levels of stress. One of the greatest advantages of proper training is that, if relevant, realistic, and recent, is the ability to correctly perform essential physical tasks is stored in the implicit memory system.

So-called “muscle memory” is well-developed neural programs that can be executed without conscious thought that are encoded in procedural memory, which is a subset of implicit memory. The implicit memory system can perform overlearned tasks very efficiently while using less brain resources to do so, which allows the concealed carrier to direct more brain resources to choosing and implementing solutions applicable to successfully dealing with the challenges found in an ongoing crisis situation. “Overlearned” simply means that the concealed carrier has practiced the task to the point that his or her proficiency exceeds a basic level. Hearne goes on to write that overlearned skills can offer the following advantages:

Concealed carriers who possess basic skills with a high level of “automaticity” (an ability to do certain things without conscious thought and allowing it to essentially become an automatic response) can significantly free up their mind and direct it towards problem-solving in a deadly force encounter. Problem-solving can come in the form of quickly drawing a handgun, maneuvering as needed, and correctly assessing the lawfulness of one or more actions while under high stress. John nicely sums it up as follows: “In order to win, I must have more emotional control and skill than the problem that I am confronting…a dominating win comes from bringing dramatically more emotional control and/or skill to the fight than the scenario requires.”

It is important that concealed carriers understand that they often have some control over the complexity of a highly stressful scenarios. Concealed carriers who remain situationally aware, see who is around and what they are doing, and then accurately process what they are seeing as early as possible can reduce the complexity of what may be a rapidly developing problem.

Based upon John’s writing, I would recommend that concealed carriers prepare for situations in which they may forced to defend themselves and possibly their loved ones through research, training, and practice that removes novelty and builds and maintains legitimate mental maps and robust motor skills. Both mental maps and motor programs should be constantly refreshed and updated.

In summary, concealed carriers who are most likely to hold up well under stressful situations where life and limb are threatened are those that are not only are able to develop and maintain an acceptable level of skill with a handgun but who are also able to maintain control through the use of their rational mind. In order to accomplish that, concealed carriers should consider training and voluntarily place themselves in stressful situations where they learn to deal with pressure and perform under stress.

Again, I strongly recommend that concealed carriers purchase the book “STRAIGHT TALK ON ARMED DEFENSE”. This particular article at best touched on only some of the high points, and it is possible that some of the statements contained within may very much reflect my perspective on a subject (and not necessarily John’s). Regardless, the old saying of “keep your head while everyone else is losing theirs” is further confirmation that concealed carriers who can think and act rationally are always going to be better prepared than those whose actions are dictated by their emotions.