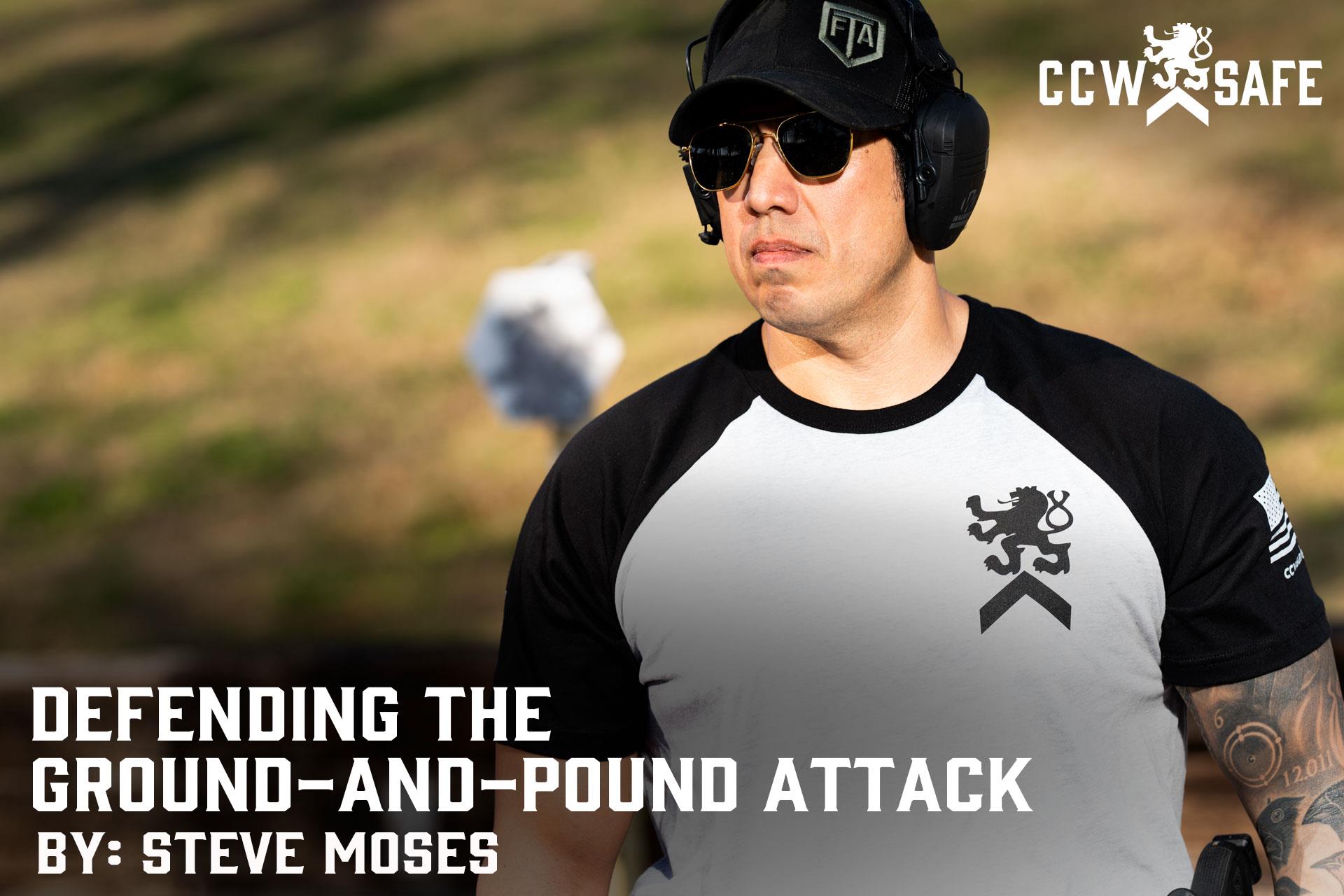 Survive-Stabilize-Counter-Separate. Concealed carriers caught in a worst-case entanglement with an attacker who may be stronger, younger, better conditioned, and possibly armed with a firearm or knife or who may have one concealed on their person can find themselves in a world of hurt.

There is a certain crowd that believes their concealed handgun offers protection against an old-fashioned beating the same way that garlic allegedly offers protection against vampires. As far as I know, neither is true. Drawing the gun before its use is legally justified can get us charged with crimes like brandishing or even aggravated assault. Drawing the gun too slow can result in it being stripped away and possibly used against us, or never getting an opportunity to use it at all. That window of opportunity to use a concealed handgun both lawfully and effectively may be so fleet that even a USPSA Grandmaster or a Tier-One military special forces operator is unable to take advantage of it. It can happen to anyone; we end up on the ground with another person on top of us blasting away with heavy punches directed to our face and head.

It would be one thing if the worst injury that can be suffered in such a beating was a blackened eye, bloody lip, or bruised ego. People who have been beaten in this manner have routinely suffered broken orbital bones, detached retinas, broken jaws, extensive damage to the teeth, and concussions. Some have died.

At least some of the answer lies in training. IF I have the means to immediately mitigate my attacker’s ability to throw punches, and IF I can position myself long enough to start countering, and IF I know at least one way to get that person off of me, THEN I can either get up and leave, overpower the attacker, or temporarily create enough distance to get to that same concealed handgun that was supposed to keep this from ever happening and then use it to force the other to discontinue his or her attack. Nothing contained within this article should be considered as legal advice.

Let’s start with mitigating thrown punches. Most of us have seen Mixed Martial Arts fights on television in which one fighter ended up on his or her back on the floor while another fighter straddled their torso and threw punches at their head. This position is referred to as the “mount,” which means that the downed fighter is “mounted.” Being mounted is one of the worst positions a concealed carrier can find him or herself in. Not only is it difficult to block incoming punches, but nearly impossible to punch back effectively or access a concealed handgun. To make matters worse, being flat on the ground means that the same person has nowhere to go (including backwards) and is forced to absorb the full impact of punches being thrown at his or head AND the person on top can actually hit harder by dropping their weight as they punch.

What follows is nothing more than a brief article on only one Brazilian Jiu Jitsu (“BJJ”) technique I first learned from Professor Drew Arthur at Relson Gracie Jiu Jitsu in Tyler, Texas. Upon moving from Tyler I resumed studying and enrolled at  Poland’s Mixed Martial Arts in Granbury, Texas under Josh Poland where I continue to study BJJ and practice mount escapes.

SURVIVE: Don’t take a hard punch to the head. I clench my fists and raise them to the top my head while keeping my arms over my torso and tight to my body. My goal is two-fold. I want to cover my face and absorb punches with my forearms (and better yet, the tips of my elbow joints) and not let my attacker get his or her knees under my armpit.

STABILIZE: I unbalance my attacker by bridging my hips hard (thrusting my pelvis upward while keeping my feet on the ground) and lean forward while wrapping my arms around my attacker’s waist. Since my upper torso and head is pressed against their torso it makes it nearly impossible for the attacker to land a solid punch on my head or face.

COUNTER: I move one foot from between my attacker’s legs to the outside of his opposite leg. That is, if I am using my left foot I set it on the outside of the attacker’s right ankle. I press my ankle tightly against his or her ankle. I tell students to think of your foot being a door stop that is there to prevent the attacker from moving that leg outwards.

I can then move the hand on the same side as my outside leg and place it palm-down over the top of their bicep and then place the other hand palm-down over the first hand and lock their elbow to my torso by applying pressure (the “Gable Grip” may work also, which is interlocking the palms). By this time, my attacker’s lower body will almost always return to its original position prior to my performing the aforementioned bridge.

At this point, my attacker will not be able to punch me with his or her trapped arm, have difficulty punching me with any meaningful force with the other arm, is leaning forward with most of his or her weight forward of their hips, and the leg on the same side as their trapped arm is unable to move outwards. If I then bridge again (thrusting my pelvis upward while keeping my feet on the ground) my attacker is unable to stop me from pitching him or her off me because neither their trapped arm nor pinned leg will be able to post outwards in order to allow them to catch their balance. This technique seems to work best for me when I turn my face and look in the direction that I want to take them. Done properly, they end up on their back and I end up facing them most likely with my legs inside theirs.

Separate: For the most part, the most dangerous body part of my attacker is the hands. They can grasp, hold weapons, and be used to punch and strike. I want to immediately grasp their upper biceps just below the shoulders with my thumbs in their armpits and shove their arms to the ground. I can then remove one hand from their bicep and put it on their same-side knee and apply pressure, which can make it difficult for him or her to kick me as I further disengage.  I can now do one of two things. Start backing off and quickly remove my hand from the other bicep and place it on the remaining knee and either break contact or create enough distance that I can draw my handgun if absolutely necessary into a retention position where it is difficult for them to grab. Breaking contact should always be the first option and use of the handgun reserved for only those times in which the attacker still has the intent, opportunity, and ability to seriously injure or kill me and I am both unable to disengage and lack the physical skills otherwise necessary to defend myself.

The entire intent of this article is to inform concealed carriers that there are simple techniques that can be readily learned for defending against a Ground-and-Pound assault. It was not designed to teach them how to do it. I am definitely a person that learns best when information is also being conveyed both visually and through hands-on training.

How do concealed carriers learn to properly execute this technique? There are thousands of CCW Safe members and not all of them have equal access to continuous defensive tactics training. Having said that, concealed carriers have multiple options:

My most fervent hope is that concealed carriers who are not already trained to handle a “Ground-and-Pound” assault give some thought to learning this simple technique. At the very least, protecting the head, bridging the hips hard, and grabbing the attacker around the waist can buy a few seconds for help to arrive.  If the attacker is able to partially disengage and return to his original position, the initial moves can be repeated which once again momentarily prevents the attacker from landing solid punches to the head.

One of the strongest selling points of having a handful of basic defensive skills in my repertoire is that I do not have to immediately draw my handgun if I am suddenly confronted and “scared,” and I know that if I missed the briefest of opportunities to justifiably and effectively get my handgun between an attacker and myself and end up on the ground with another person on top of me that I am not necessarily going to be beat to death.