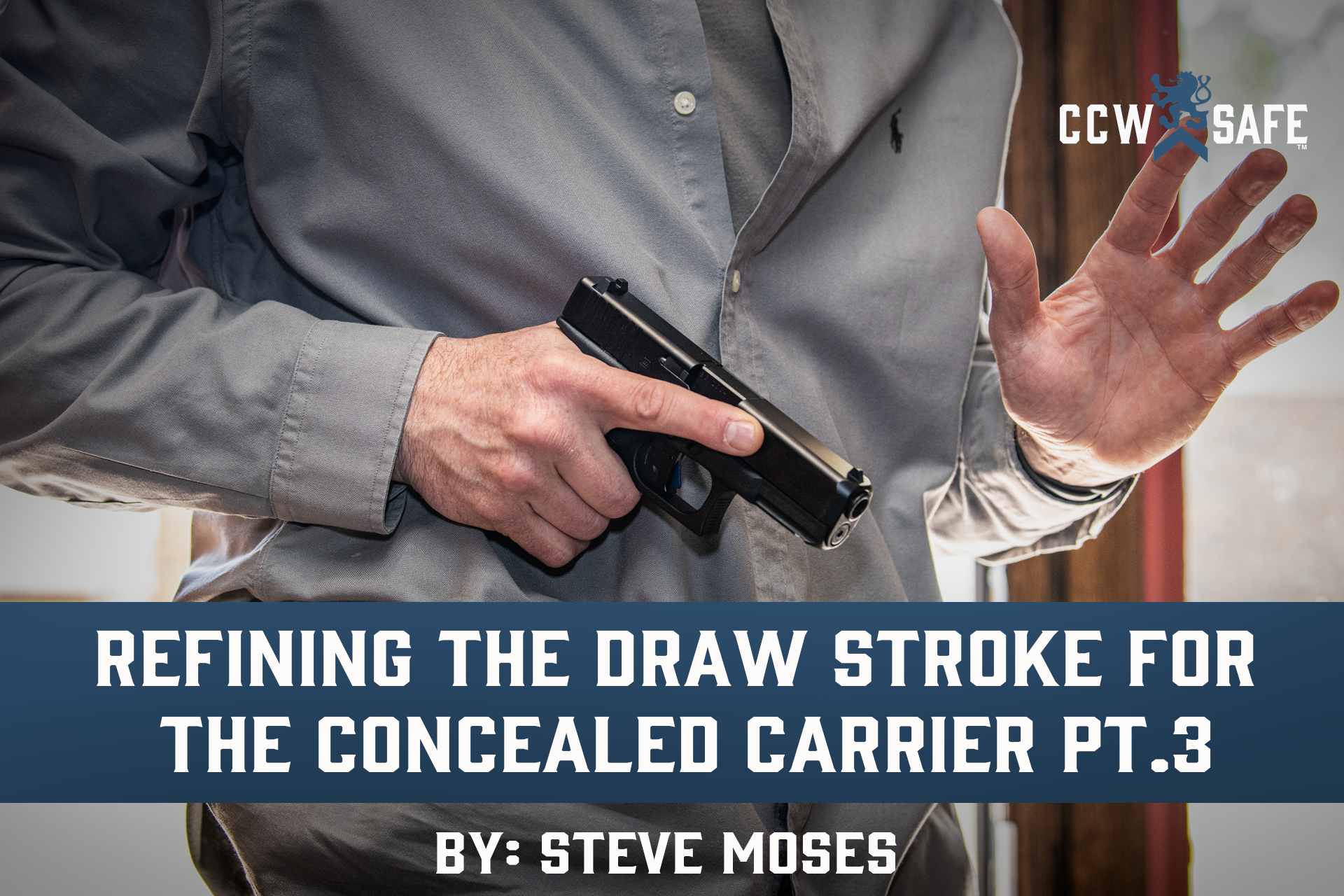 REFINING THE DRAW STROKE FOR THE CONCEALED CARRIER PT.3

REFINING THE DRAW STROKE FOR THE CONCEALED CARRIER PT. 3

Part Three of this article goes into specific details that might prove to be useful for concealed carriers who recognize that a sub-optimal draw might prove to be their downfall if they are forced to defend themselves in a situation in which time is on the side of the attacker.

Just as there are typically multiple roads to any one destination, there are also multiple ways to develop a faster draw stroke. By no means are the actions described in this article intended to imply that the method described within is superior to any other method. It was written for the sole purpose of assisting concealed carriers who realize that the speed of their current presentation from the holster could use a major tune-up and were unsure what to do about it. This article did not address the variety of ways a handgun can be gripped, the nuances of getting a strong support hand grip, nor the details involved in properly “prepping” the trigger while the sights are still moving towards the target.

One question that concealed carriers might be wondering is exactly what speed is fast enough? While a quick draw stroke is only one of the many variables that might determine the outcome of an unwanted encounter with a violent criminal actor, both Spencer and I agree that ideally no more than two seconds should elapse between the time that a concealed carrier realizes that they need to use their handgun and the time that it has been drawn from concealment and a hit made on  a five-inch target at five yards. Of course, faster is always better, but a concealed carrier with the ability to meet that standard who has an understanding of the dynamics of a lethal force encounter can greatly increase the odds that they have a large say in what happens if actually confronted by another person (or persons) who might care less if another is seriously injured or worse by their actions.