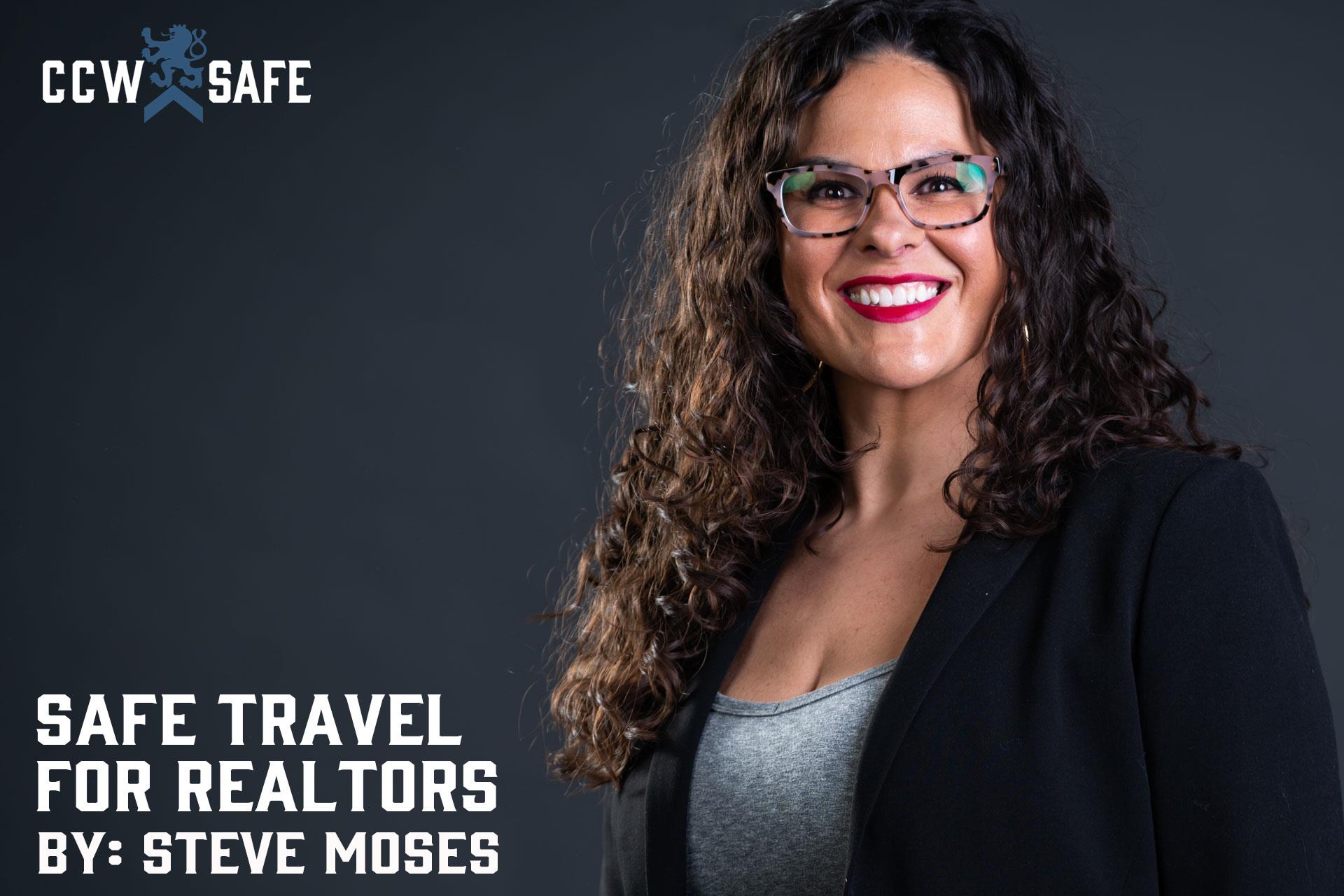 CCW Safe’s Gary Eastridge was recently asked to speak to a group of realtors that were concerned about their personal safety while showing homes. Their concern is understandable. They frequently meet strangers at a location that is out of earshot and eyesight of others on a routine basis. Very few criminal actors are interested in a fair fight and are likely to use a weapon or numbers to increase the odds in their favor.

Gary is a retired police officer and former homicide investigator and firearms instructor. I reserved as a deputy for eighteen years, have been licensed in the state of Texas to perform Executive and Dignitary Protection for twenty years, and have been a defensive firearms trainer for twenty-seven years. We put our heads together and came up with some recommendations for realtors that may be interested in increasing the odds in their favor that they not only flunk the “victim test” (the potential criminal actor assesses them and then decides to pick a softer target somewhere else) but prevail if a criminal actor violently acts against them.

– Vet the prospective buyer online before meeting him or her. A simple internet and Facebook search can sometimes turn up some surprising information, some of which may be negative. There are several internet services that will provide third-party criminal histories for a fee.

– Let the office know where you are going, who you are meeting, when you arrive, and when you depart. Ask them to call you if have not checked back in more than fifteen minutes after your expected departure time.

– Ask the prospective buyers to bring identification when meeting you for the first time.

– If the realtors have even the slightest security concerns, then both should stay until such concerns have evaporated. In some instances, this might be the duration of the showing.

– If both realtors have full schedules, the second person does not have to be a realtor. The objective is to let the prospective purchaser know that someone outside of his or her control will be able to provide law enforcement with a description later in the event they commit a criminal offense.

– Trust your gut! All this means is that you do not dismiss this feeling but instead start looking for any pre-assault clues. If you pick up on a definite pre-assault clue, leave. Make up an excuse and then act upon it. The best way to accomplish this might be to choose your excuse in advance and then think about the best way to physically accomplish this. Excuses could be picking up your phone, pretending to check your messages, and then telling the other person (s) that a relative was in an accident and that you must go.

– Make a mental note of the exits in the property being shown and give some thought as to what actions are required to get away from the house. For instance, a garage door exit may mean also having to open the garage doors. A back door may open into a fenced yard.

– Where would you go if you had to exit suddenly? If you are attempting to go to your car and concerned that you will not make if before being grabbed, then do not go for it. Perhaps a better choice would be to run away (a challenge for anyone wearing high heels) or fight.

– If the actions taken by the person or persons looking at the home are such that any reasonable person would become gravely concerned for their personal safety and exiting the home or business is barred, it might be advisable to go the bathroom and lock the door.  Call 91l using the speaker function, set the phone down, and wait for law enforcement to arrive. If you have a firearm, do not aim it at the door. Hold it at Low Ready (aimed at the floor between you and the door with your trigger finger straight and above the trigger guard).Do not aim it at the door, and do not shoot through the door. Consider yelling that you have called 911, are armed, and law enforcement is coming.  Let 911 know where you are in the house and what you are doing. Follow their commands and do not shoot the responding officers and do not put them into a position in which they might shoot you. We should always remember that using deadly force or even threatening to use deadly force is only warranted if an attacker has the intent, ability, and opportunity to seriously injure or kill us, or commit a forcible felony such as sexual assault or kidnapping, and retreat is not possible.

– If you choose to fight (and you should if escape is not possible) give some thought as to how you would accomplish it. Please dismiss the “hold the keys between the fingers punch” and kick to the groin.  Neither are likely to be effective. One of the most effective strikes is a short, swift eye jab with the extended fingers. Please do not think you will rise to the occasion and perform this effectively unless you learn how to do it from a competent martial artist who is not trying to sign you up as student (unless you are interested). To be effective, the strike must not be telegraphed and some initial ruse on the realtor’s part may be required. The realtor should immediately either try to leave altogether or create enough space they can access a less lethal (pepper spray) or lethal defensive tool (defensive knife or concealed handgun).

– An attack launched at close range requires some specific skills on behalf of the defender. The attacker typically launches the attack with little or no notice leaving their target with precious little time to react or enough space to deploy tools.

– Pepper spray is a great tool for dealing with a person threatening to injure, kill, kidnap, or sexually assault the realtor. It does not always work well against a person who suddenly rushes their target without notice.

– Small-fixed blade knives and handguns are consistently more effective when wielded by a person trained in using them properly. I am concerned when untrained people start carrying these tools. It is possible that an incompetent attempt to use one or the other may cause a bad situation to get far worse. All of us need to realize that antisocial and sociopathic persons do not think like we do. They may later rationalize their attempt to murder us as an act of self-defense because “we were trying to kill them” and be mad at us for causing it.

Naturally, some of the tips recommended in this short article either can not be used or may be deemed likely to discourage a prospective purchaser from purchasing a property. There is nothing wrong with that. A good attorney will do his or her best to make sure that the client is fully aware of all the upsides and downsides of taking a certain action and leave it to the client to come to their own conclusions and make a decision.  The same is true for realtors. There is probably no good reason to not take the time to develop a plan of action that can lessen the chances that they will ever be attacked, and if they are to survive with as little physical injury and emotional trauma as possible.