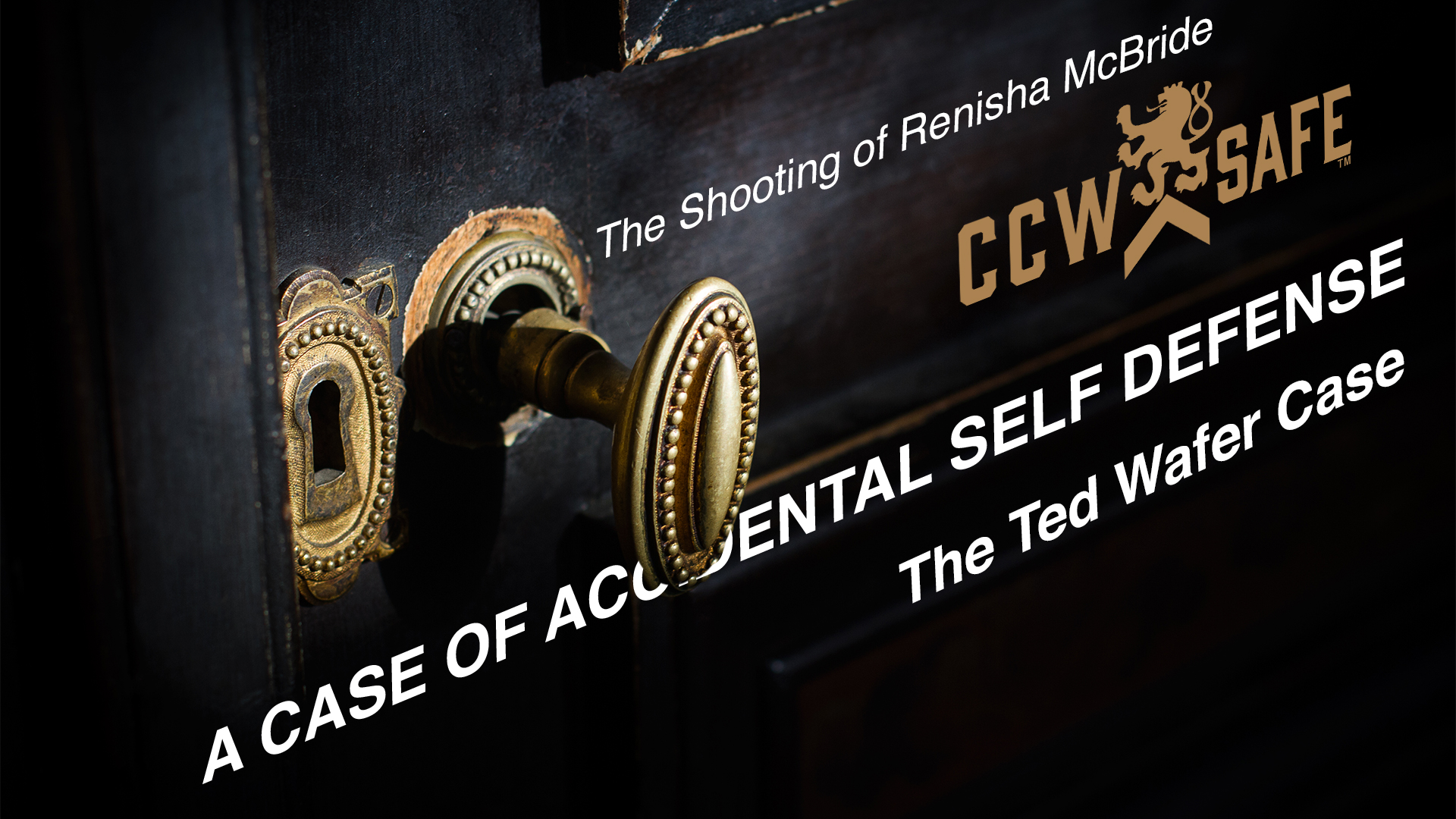 The Shooting of Renisha McBride

A case of ‘accidental self-defense’

Part 3: How Escalating Actions Influenced the Prosecution of Ted Wafer

Ted Wafer fell asleep in front of the television and awoke at 3:45 AM to the sounds of someone banging violently on the door of his home in the Detroit suburb of Dearborn Heights. At trial, Wafer’s attorney said the banging was so intense it shook the floor, and Wafer said he thought it was more than one person.

Through the peephole in the front door, Wafer saw a “shadowy figure.”  He couldn’t immediately find his cell phone, so he grabbed his pistol-grip Mossberg shotgun and decided to confront the intruder on his porch.  When he opened the front door, the intruder tried to push through the locked screen door, and Wafer discharged a round. The intruder was 19-year-old Renisha McBride, and the shot killed her instantly.  McBride was intoxicated and injured from a car accident, and was likely confused and looking for help when she started banging on Wafer’s door.

Wafer was ultimately arrested and convicted of second degree murder.

At trial, prosecutors repeatedly emphasized that Wafer had several options that would have been easier than confronting the person on the porch. Assistant prosecuting attorney Patrick Muscat asked, “What about shutting the door? How about calling 911? No, what he does is he engages. He creates the confrontation.”

Wafer’s defense lawyer Cheryl Carpenter told jurors that “getting a gun wasn’t Wafer’s first action.”  She said he couldn’t find his phone at first because it was in his pants pocket, and he had hung his pants from the bathroom door handle.

During trial testimony, Wafer said, “I wasn’t going to cower in my house,” adding later that “it was them or me.”

But cowering in his house wasn’t Wafer’s only alternative to opening the front door and confronting an aggressive stranger with a shotgun.  Behind his locked front door, Wafer was in a relative position of safety. As long as the pounding continued, he knew where the stranger was, and as long as he had his shotgun, he had the means to immediately defend himself had the intruder succeeded in breaking into his house.

Don West, National Trial Counsel for CCW Safe and veteran criminal defense attorney, said that by “opening up the door, he went from a position of safety to a position of vulnerability.” As soon as he opened the door, Wafer created a situation where the use of force became much more likely.

Assistant Prosecutor Hageman-Clarke seized upon this point at trial.  “It’s not the people’s position that he intended to kill Renisha McBride,” she said, but that he “knowingly created a situation where death or great harm is likely to occur.”

The lesson for the concealed carrier or the gun owner concerned with home defense is that while the Castle Doctrine says that you have no duty to retreat when you are in your home, it doesn’t necessarily give you license to leave a position of safety to meet a potential threat elsewhere on your property. When Ted Wafer opened his locked front door, he escalated the potential for the use of force to become necessary, and prosecutors argued successfully at trial that he “behaved so recklessly as to be guilty of murder or manslaughter.”

In our next installment of Four Elements of Self-Defense, we’ll explore the role of reasonable fear in the trial of Ted Wafer.