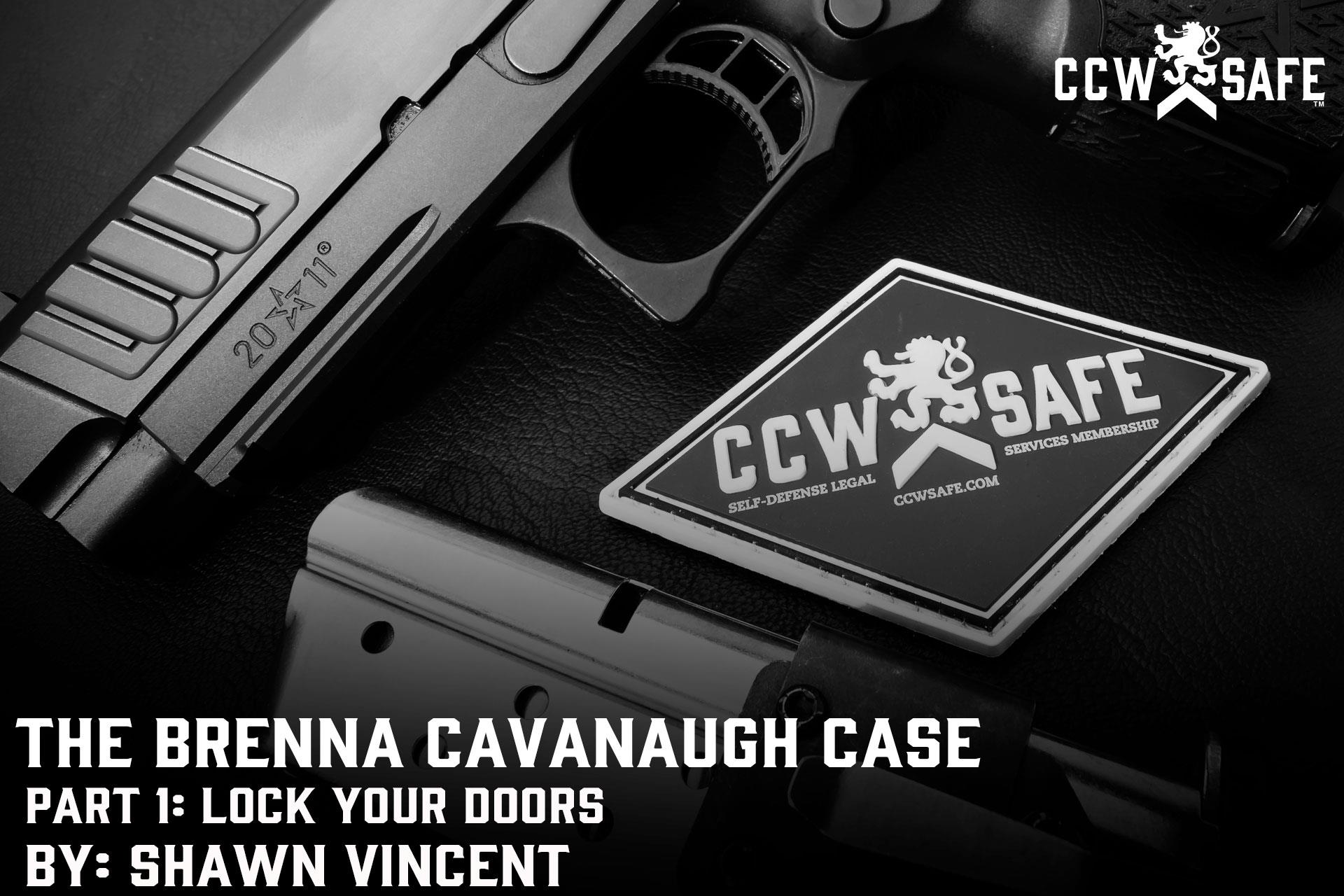 16-year-old Oscar LaLime received a text message about a high-school friend who was throwing a party at her parent’s house — but it didn’t specify which parent.  The party was at the friend’s dad’s house, but the confused teenager showed up at the mother’s house instead. It was well past midnight, and although the house was dark and quiet, LaLime found an unlocked door and entered, looking for his friends. He reached the third floor before he awoke the occupants: Brenna Cavanaugh and her boyfriend Mark Gray. Startled by the intruder, Cavanaugh told Gray, “Get your gun.” LaLime fled.

Gray grabbed his semi-automatic pistol and the two pursued the intruder out of the house. LaLime scurried across the lawn and got in his pickup truck parked on the street. Cavanaugh positioned herself in front of the truck, ostensibly to get the license plate number. When LaLime put the vehicle in gear, Gray began firing. Although Cavanaugh denies the claim, prosecutors alleged she instructed Gray to “shoot” or “shoot him.” Panicked, LaLime backed into a telephone pole and then sped off. Gray fired a total of six rounds, three of which struck the vehicle. No one was harmed.

Mark Gray stood trial on charges of felony attempted first-degree assault and was acquitted; however, a jury found Brenna Cavanaugh guilty as an accomplice to the shooting, and despite her conviction being overturned on appeal, she eventually pled guilty to lesser charges.

In the coming weeks, we’ll talk about the perils of chasing an intruder beyond your property and the problems with attempting to detain an intruder, but before we get to those complicated topics, there’s an easy lesson to be learned from the Brenna Cavanaugh case: lock your doors. Don West, criminal defense attorney and National Trial Counsel for CCW Safe, says, “If the doors had been locked, this 16-year-old kid would have figured out he wasn’t at the place where the party was. There’s no reason to think he would have broken in the door or smashed a window. He would have gotten confused, sent some text messages, and figured out he was in the wrong place.”

When it comes to home defense, a firearm should be your last resort. Firearms instructor and CCW Safe contributor Steve Moses says, “Locking your doors, installing motion detectors and security lighting, having an alarm — ideally, having a dog: all of this gives you a tremendous advantage in the event that someone targets your house.” The goal of home defense should be to discourage or prevent an intruder from entering your home in the first place, long before it is necessary or justified to introduce a firearm.

Steve suggests that, if a potential intruder is undeterred by motion sensor lights, barking dogs, locked doors, and security alarms, the home defender is then at a tactical advantage if there is an ultimate confrontation. “If that person is there for a fight,” Steve says, “you’re in a better position to defend yourself effectively because they’ve had to make a lot of noise and racket to gain entry.” The extra security gives the home defender time to prepare, dial 911, and take a strategic defensive position. You don’t want to become aware of an intruder only after they’ve startled you awake by lurking at your bedroom door.

Extra security measures also serve to disambiguate an intruder’s intentions. We’ve explored several cases where suspected intruders turned out to be intoxicated strangers who accidentally showed up at the wrong door thinking they were locked out of their home or seeking friends or family. Lights and alarms could help a confused interloper recognize they’re in the wrong place. Should someone proceed, despite the obvious security measures, the homeowner can be more certain the intruder has ill intentions. Don West says extra home security measures also help make the legal issues clearer. “If someone circumvents security measures and breaks and enters your house, in every place I know of, there is a presumption in favor of that reasonable fear that predicates the right to use deadly force.”

Each security threshold an intruder crashes through makes the defender’s fear of imminent harm or death that much more reasonable and articulable. We explored the case of Ted Wafer who opened his front door after a perceived intruder had been pounding on it in the middle of the night. He ended up shooting an unarmed teenaged girl and was convicted of second-degree murder. Conversely, we also analyzed the case of Melinda Herman who forced an intruder to break through three locked doors before she shot him five times. Not only did police decline to file charges in her case, they applauded her bravery.

If a homeowner has no security measures, and if an intruder didn’t have to physically break in because doors were unlocked, it’s more difficult for the homeowner to make a legal argument that the intruder had evil intent. Had Mark Gray shot and killed the unarmed teenager who mistakenly came to his home looking for a party, it would have been an undeniable tragedy. The lesson for the armed home defender is that good home security — starting with strong locks on all of your doors — can prevent senseless tragedies, and it can put the defender at a tactical and legal advantage should they be forced to use deadly force in self-defense.

If you’re willing to invest hundreds or thousands of dollars in firearms to protect your home, consider making an equivalent investment in basic security measures that could potentially save you from ever having to fire those weapons in a home defense scenario.