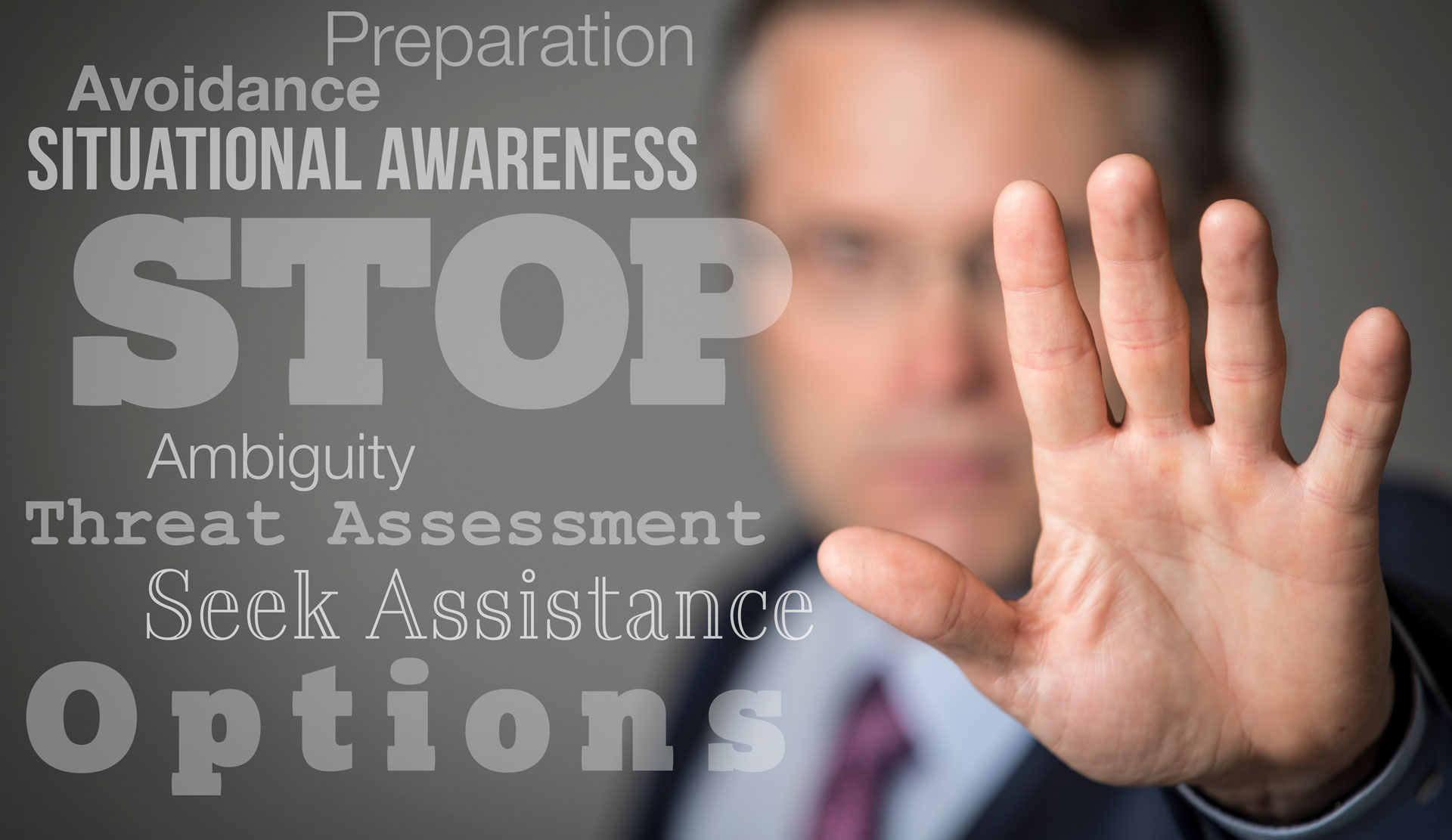 Posted on July 31, 2017 by support@ccwsafe.com in Uncategorized

Action and the Civilian Use of Force 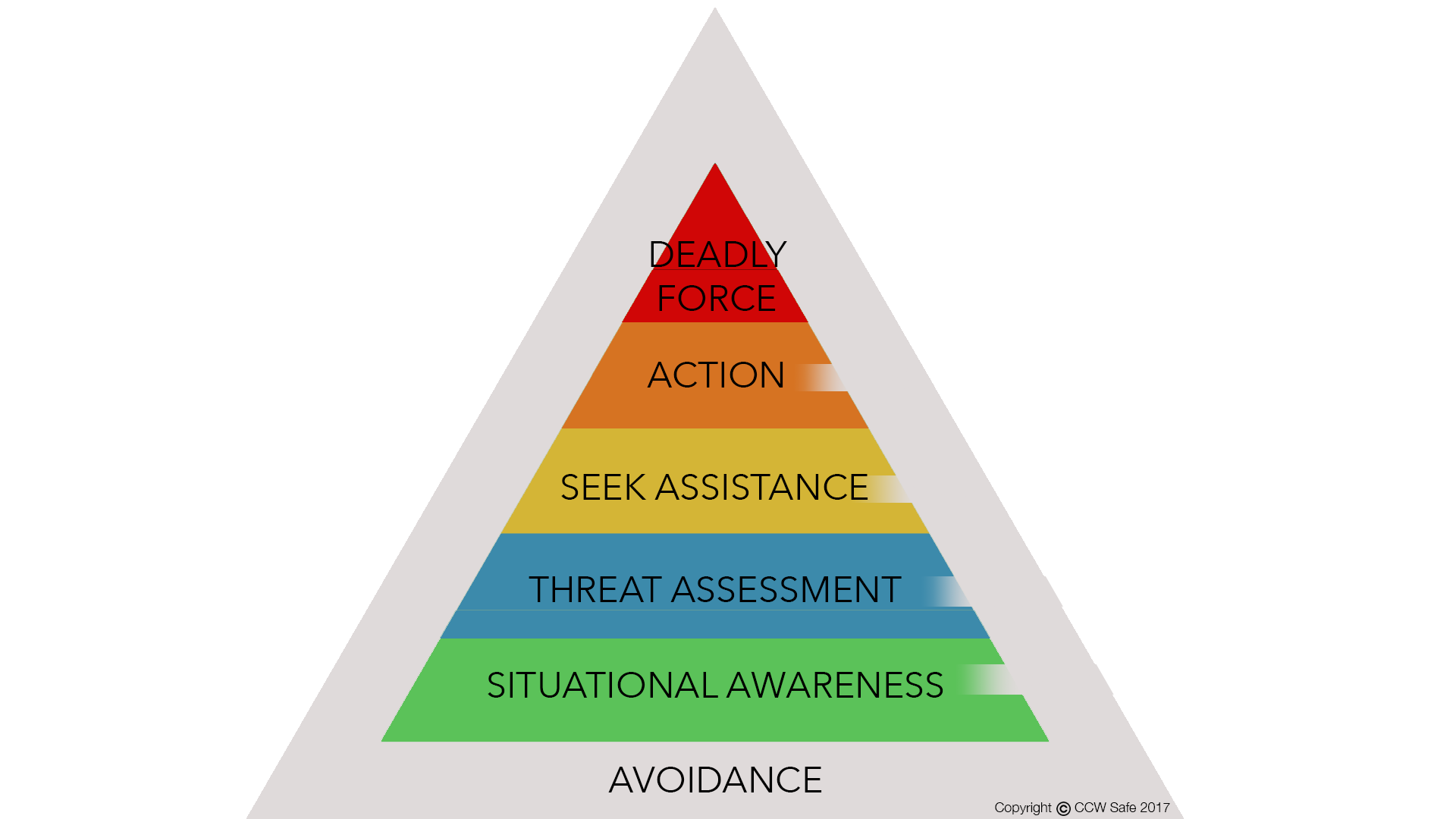 Action and the Civilian Use of Force Continuum

As we delve further into different aspects of the Civilian Use of Force Continuum, it’s critical at this point that we stress the importance of action, and define our usage of this term for the conceal carry community.

The Civilian Use of Force Continuum Level IV: Action

If forced to move to the action level in the civilian use of force continuum, if possible, always begin with de-escalation. Then proceed to verbalization, and only as a last resort, resort to physical contact.

The goal of action is to avoid confrontation through de-escalation and verbalization. Of course, the last part of this level, in worst-case scenarios, involves physically defending yourself. But avoidance should be your default position.

De-escalation: De-escalation comes through action. Physically removing yourself from a bad situation is a form of de-escalation. Locking yourself in a car might give the suspect a chance to calm down or lose interest in you.

Verbalization: Communication is key when de-escalating a potentially volatile situation. Try to display and project patience, understanding and professionalism. Listening to someone is very important when trying to calm down an agitated suspect or de-escalate a situation.

Physical Action: If de-escalation and verbalization won’t dissuade the suspect(s), and the situation is at a point where you feel you’re in danger of severe bodily harm or death, then you have no other choice but to defend yourself physically.

When we talk about physical action, we base our assessments on individual capabilities. It’s impossible to have a structured plan of action that applies to all civilians. Some of the factors examined during an investigation include:

Here’s an example of how this might play out:

If the tables were turned in this scenario, and the younger man was the victim, the actions taken still might be lawful. All of these varying details would be taken into account, then added up during the investigation.

In a civilian self-defense use of force scenario, someone’s training will be scrutinized after the event. But that doesn’t mean someone with self-defense training can’t use reasonable physical force – or even deadly force – against someone bigger, stronger or younger than them.

The victim’s perception and the reasonableness of the response (action) will also be investigated. This inquiry includes how the attack or threat of attack was perceived, and if there was a legitimate threat (i.e. the victim didn’t start the incident or insert themselves into the incident). The investigation will also examine the capability of the suspect to carry out the threat.

Several recent examples of unreasonable force used have popped up around the nation:

There was an attack or legitimate threat. The victim responded with a firearm, but the suspect fled the scene on foot or in a vehicle. The victim continued to fire as the suspect fled. If the victim is fleeing, the threat is no longer valid. Any force used past this point is illegal.

For law enforcement, the fleeing felon rule came into effect in 1985 due to the Supreme Court case Tennessee vs. Garner. The ruling stated that deadly force could not be used on a fleeing felon, unless that felon posed a grave danger to others or the public.

Here are the links to the other articles in this series: