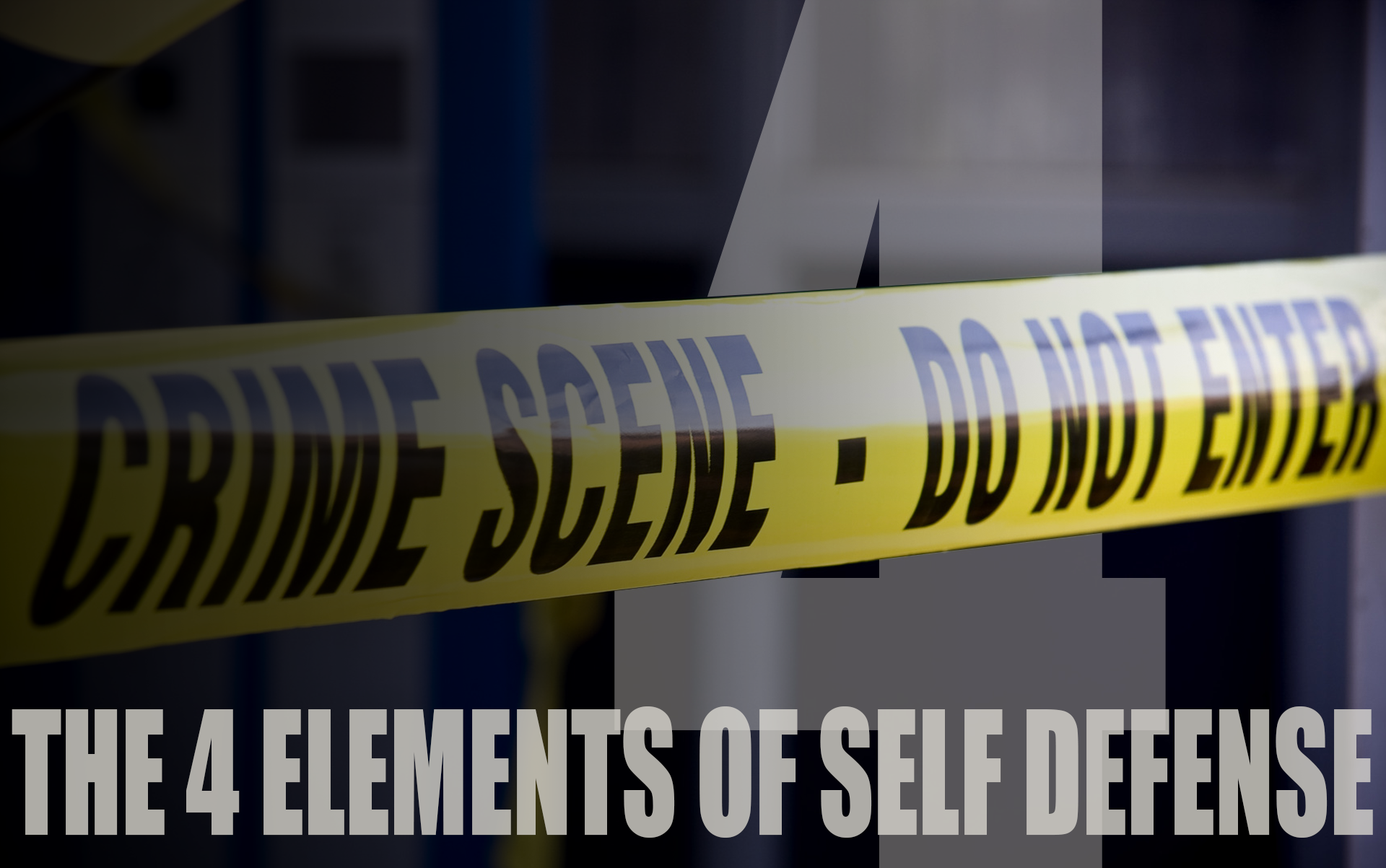 Posted on October 30, 2017 by support@ccwsafe.com in Shawn Vincent

The Four Elements of Self Defense: Post Incident Actions

The Four Elements of Self-defense

In case you missed any of the last articles on the four elements, I have included them all in this final article on the fourth element, Post Incident Actions.

As a litigation consultant, I have worked with criminal defense lawyers on many self-defense cases.  Some have been high-profile cases with reporters in the courtroom, and others have been much quieter affairs with just the lawyers, the judge, and the jury in attendance.  One thing I’ve learned is that no two self-defense cases are alike.  They all have different “fact patterns,” as the lawyers say.  That is why it is difficult to give guidelines about when a shooting is justified and when it is a crime.  The best we can do is look at a number of cases after the fact, and dissect what the shooter did right, and what the shooter did wrong.

I’ve identified four elements to a self-defense case that have been important in every trial I’ve witnessed.  They are: the location of the shooting; the escalation of conflict; reasonable fear; and what the shooter did immediately following the shooting.

In the coming weeks, we’ll be looking at high-profile self-defense cases, and we’re going to breakdown how location, escalation, reasonable fear, and post-shooting actions affected the legal defense, and ultimately how it influenced the decision regarding whether a particular shooting was justified or not.  This week, we’ll talk about these terms generally, and this will serve as a good reference for forthcoming analysis of self-defense cases.

The location of a shooting carries significant weight when determining whether an act of self-defense is justified.  The castle doctrine gives us the right to defend ourselves in our homes.  Some states extend that same right to our automobiles. Other states, the so-called “stand-your-ground” states, extend that principle further — to anywhere you have a legal right to be.  In practice, however, these rules aren’t so hard and fast and, as we find in the exploration of self-defense cases, there is gray area everywhere.  In Minnesota, Byron David Smith killed two home invaders and was convicted of first degree murder and sentenced to life in prison.  We will be following the case of Ronald Gasser who goes to trial in August for shooting former NFL player Joe McKnight in an alleged “road rage” incident, where McKnight approached Gasser in his own car. In regards to shootings in public places, we’ll look at the famous Zimmerman case which caused many to speak out against stand-your-ground (despite that fact that his lawyers — including CCW Safe National Trial Counsel Don West — never evoked the law in court).

Virtually every self-defense case begins with a conflict that escalates to the point of violence.  And in virtually every self-defense case, there are choices made that either escalate or de-escalate the conflict.  While the castle doctrine and “stand-your-ground” remove the duty to retreat from some self-defense claims — cops, judges, and juries are still free to judge a shooter for every action taken to escalate a conflict, and even every missed opportunity to de-escalate.  Marissa Alexander had the opportunity to escape an abusive estranged husband through the garage, but instead she came back in the house with a gun, and she served jail time for firing a shot that didn’t hurt anyone.  We’ll dive deeper into the case of Gyrell Lee, currently serving time for shooting Quintin Epps just moments after Epps killed Lee’s cousin (earlier in the evening, Lee had fetched his gun anticipating a conflict).  And we’ll look at Michael Dunn, defendant in the “Loud Music Trial” in Jacksonville, Florida, who shot Jordan Davis after a confrontation over the volume of a car stereo.

As we continue with the four elements of Self Defense, the basis of these articles is to briefly explain each element, as we will be following these articles with actual case analysis and lessons learned from those cases.  Don West, our National Trial Counsel, was co-counsel for Zimmerman, as you may well know.  The first case that we will be geting into next week will be that case.

The basic requirement for any self-defense case is that the shooter must have a reasonable fear of imminent harm before he pulls the trigger. The thing about reasonable fear is that it is impossible to measure and impossible to prove. Where most shooters claiming self-defense get in trouble is when their fear turns to rage. Markus Hendrick Kaarma shot a teen he found pilfering from his garage; a jury found Kaarma guilty largely on testimony that suggested he had been waiting for the opportunity to “get” the person who had been breaking into his garage (he’s currently serving 70 years). We’ll look at the case of former professional MMA fighter and marine sniper Gerald Strebendt whose extensive training cast doubt on how afraid he was of an unarmed man he encountered after a traffic accident on a rainy night. And we’ll be following the Wesley Chapel, Florida movie theater shooting which involved a retired police captain shooting a man after an argument. A legal analyst following the case said, “the main argument that the state is going to make is, popcorn is not a deadly weapon.”

So, stay tuned as we go further into these cases for lessons learned and how they may be applicable if you are ever involved in a self defense use of force.  Next week we will talk about Post-Shooting Actions and then get right into the Zimmerman case.

What a victim does and says in the immediate aftermath of a shooting makes a big difference on how investigators, judges, and juries determine whether a shooting is justified.  Ted Wafer shot Renisha McBride in the dark early morning hours as she tried to push her way through his screen door. It was very likely the confused 911 call he made saying the shooting was an accident that scuttled his self-defense claim. In the North Carolina case of Kenan Gay (worth exploring even though Gay didn’t have a gun), Gay went to trial facing second degree murder charges — charges brought, in part, because Gay fled the scene after an altercation that led to the death of the man who had assaulted his fiancee.  And we’ll look at the case of Jerome Ersland, the Oklahoma pharmacist who defended himself against a robbery.  At first he was hailed as a hero, but his persistent, and inconsistent, statements to the press help lead to his arrest and ultimate conviction.

Throughout the course of our exploration of these self-defense cases, we will see that these four elements — location, escalation, reasonable fear, and post-incident actions factored into the prosecution.  In most cases, we’ll find that shooter could have made efforts to de-escalate the confrontation but failed to do so.  In the most heartbreaking and controversial cases — cases involving home invaders or robbers — we’ll find that just one or two mistakes in judgment turned what would have been justifiable self-defense into murder.

The biggest lesson I’ve learned from all my work on self-defense cases, is that all self-defense shootings — even the justifiable shootings — are tragedies.  One life is taken.  Many other lives, including the shooter’s, are turned upside down. Self-defense is a right, but carrying a gun is an awesome responsibility.  Learning from the lessons of others will help concealed carriers avoid unnecessary conflicts — and when conflict is inevitable, these lessons will help illustrate the fine line between self-defense and murder.