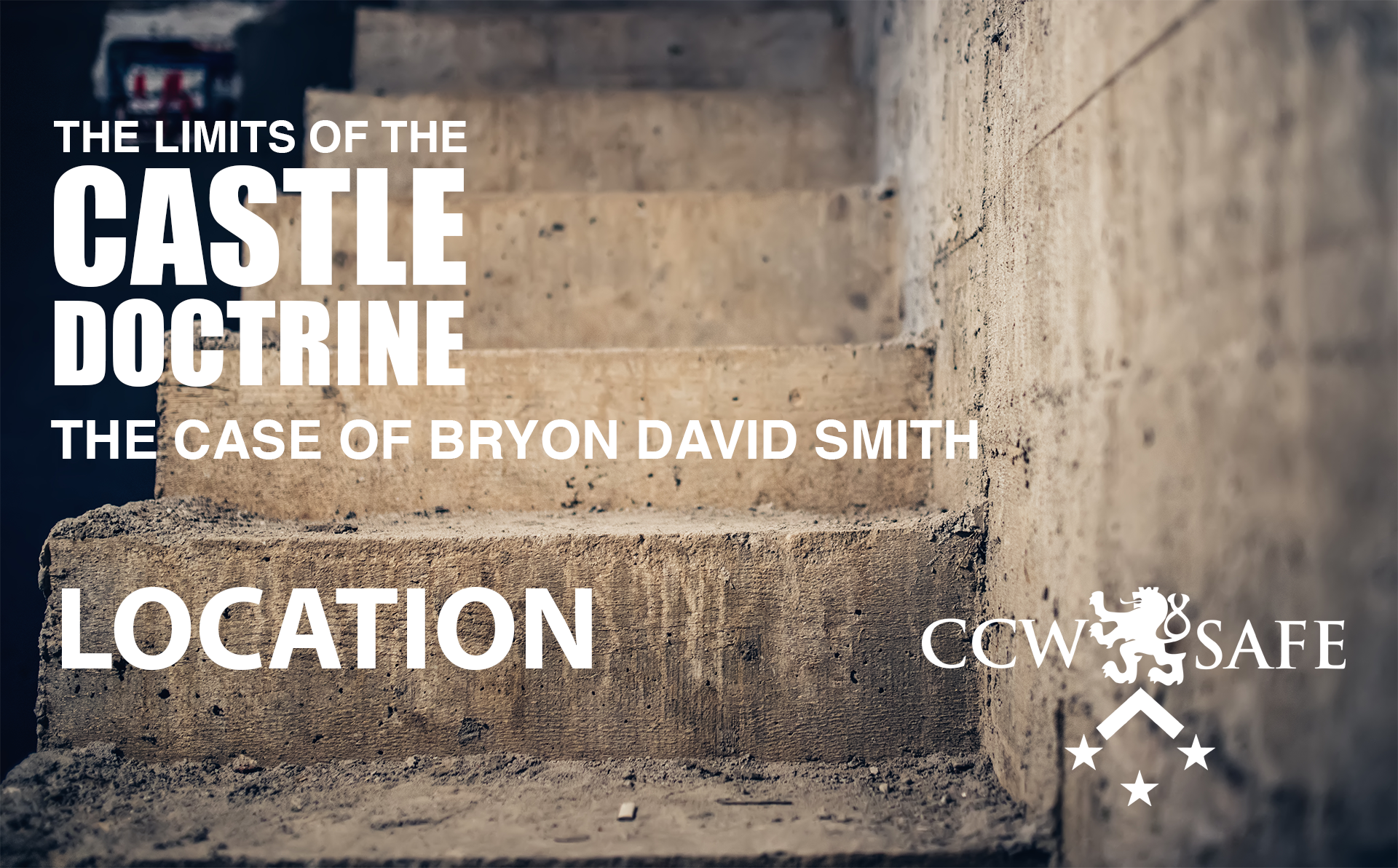 Posted on February 22, 2018 by support@ccwsafe.com in Shawn Vincent

Byron David Smith and the Limits of the Castle Doctrine

Part 2: How Location Factored into the Defense of David Byron Smith

Lessons on Justified Self-Defense from the Byron David Smith Case

In our series The Four Elements of Self-Defense, we’re exploring how location, escalation, reasonable fear and post-incident accidents affect legal defenses in the wake of a self-defense shooting. In our last installment, we reviewed the central facts of the Byron David Smith case.

The day after Smith shot and killed two teenagers who broke into his Little Falls, Minnesota home, he admitted to police that he shot the intruders more times than was required to save his life. This act – for a conceal carry permit holder – goes way beyond the scope of the Castle Doctrine.

Smith reported a break-in less than a month before. He claimed burglars had fled with thousands of dollars’ worth of gold coins and sentimental items, including medals he’d earned as an airman in Vietnam. Smith also claimed several other break-ins the year before.

These break-ins made him feel extremely anxious. He began carrying a holstered pistol with him – even when simply doing household chores.

He was preparing for the day when he would have to defend his life and his own home. That moment arrived in 2012, on Thanksgiving Day. Smith saw two teens, Nick Brady and Haile Kifer, casing his property and peeking into windows. He went to his basement and waited. When Brady busted in and descended the steps to the basement, Smith shot and killed him. Kiefer followed Brady ten minutes later. Smith then shot and killed her too.

The Castle Doctrine tells us that, when at home, we have no obligation to retreat if and when faced with the threat of imminent death or bodily harm. In other words, we can defend ourselves with force – and use deadly force, when necessary.

While most experts, and the general public, would agree that forced-entry intruders presents an imminent threat, there are limits to how much force is considered reasonable to apply when defending your property. In the case of Byron David Smith, the Castle Doctrine protects homeowners forced to fire a weapon in self-defense. It does not, however, protect people who execute burglars in their basement, which is unjustified.

“This isn’t a case about whether you have the right to protect yourself in your home. You clearly do. That’s a given,” the Morrison County Sheriff told the Minneapolis Star Tribune. “Rather,” the Sheriff continued, “this is a case about where the limits are.”

To provide some clarity as to how Smith exceeded the limits of the Castle Doctrine, let’s look at testimony given by pathologist Dr. Kelly Mills. Dr. Mills explained how Brady was shot three times – once in the shoulder, once in the abdomen, with the final shot penetrating Brady’s palm before entering the side of his skull.

As for Kifer, Smith shot her six times. But it was the final shot, placed directly under her chin, that caused the most concern.

In a self-defense shooting, every shot fired is important. For a shooting to be justified, the first and last shot must all be considered reasonable compared to the level of life-endangering threat the shooter experiences.

The first shots Smith fired, as the intruders crept into his basement, may have been justified. But once the teens had been shot, tumbled down the stairs, and we’re splayed out on the floor, the immediate threat to Smith had vanished.

The final shots (Brady’s head, Kifer’s chin) were excessive and unnecessary. They were overkill. In court, prosecutors described these shots as executions.

The lesson for the gun owners with concealed carry permits – or who keep guns in their home – is that there are limits to the Castle Doctrine. Smith’s case is an extreme example of these limits. While it might be justifiable to fire at an intruder who forcibly enters your home, it’s not justifiable to shoot someone in the head who’s wounded on the floor, begging for his or her life.

In any self-defense scenario, force is only acceptable when faced with an imminent threat that needs to be eliminated. Once the threat is neutralized, the use of force is no longer justified.

In the next installment of our series, we’ll examine how Smith’s actions escalated the confrontation, and how these actions factored into his prosecution.