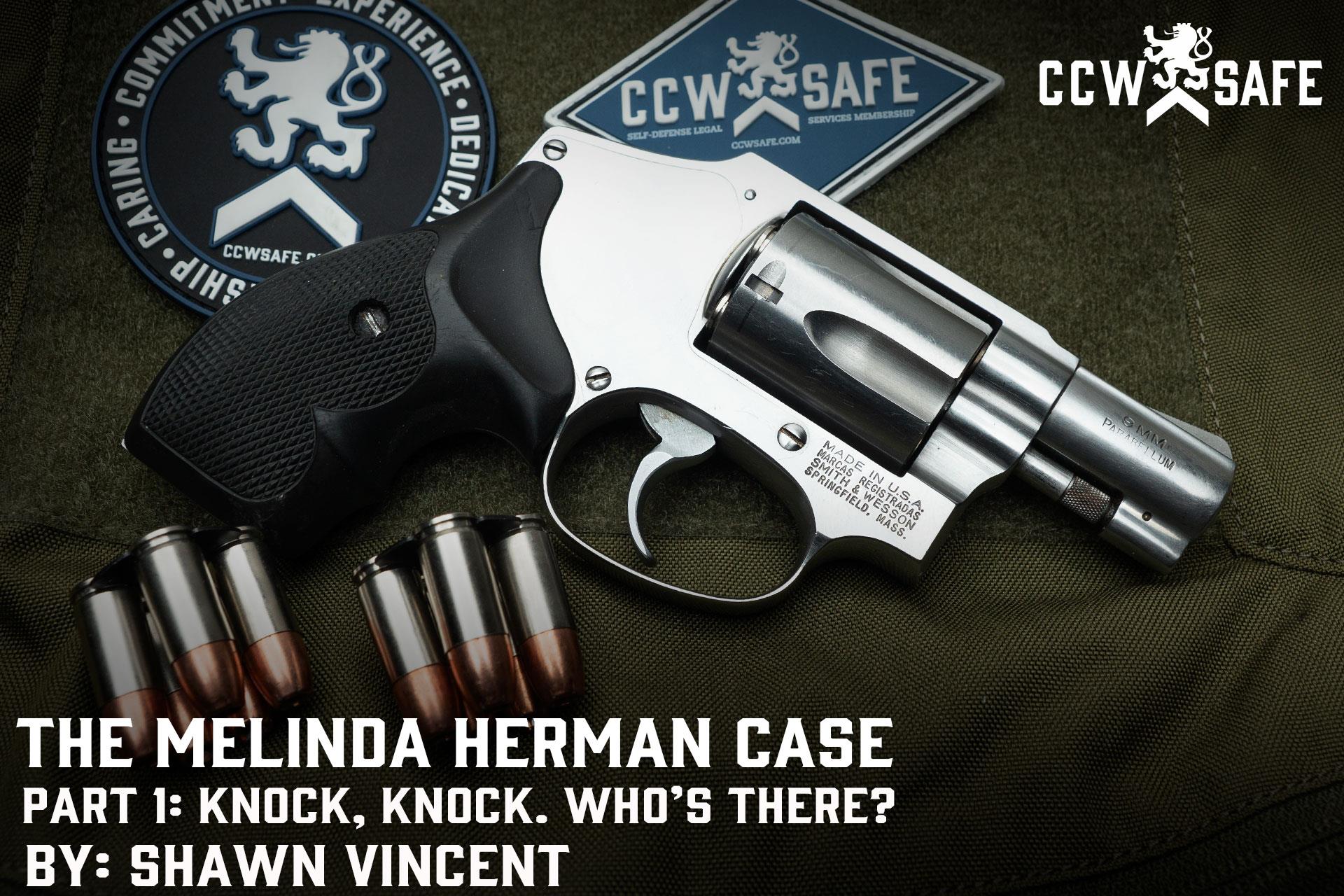 Melinda Herman was working from home and watching her 9-year-old twins on the Friday following New Year’s 2013 when she noticed a stranger walk up to the front door. He rang the doorbell twice. She didn’t answer. The unknown man then began incessantly ringing the bell over and over, she told the police. She still didn’t answer. Then the man walked to his SUV, retrieved a crowbar, and began to march back towards the front door.

Herman quickly gathered her children and rushed upstairs. She grabbed a six-shot revolver her husband had taught her to fire just two weeks earlier. She went to her bedroom and locked the door. She retreated into the ensuite bathroom and locked that door, too. Then she and her children crawled into an adjacent attic space through a tiny door in the bathroom. There she waited.

At some point, she grabbed her cell phone and called her husband Donnie at work. He, in turn, dialed 911 to report the intrusion. Shortly thereafter, the stranger forced his way into the bedroom.

Then intruder broke through the locked bathroom door. Only one last door stood between her, her children, and the stranger with the crowbar.

“Melinda,” her husband said, “If he opens up the door, you shoot him! You understand?”

When the intruder opened up the small access door to the attic where Herman and her children hid, she followed her husband’s advice. She fired all six rounds. One bullet missed, but the other five struck 32-year-old Paul Slater in the face and torso. A career criminal, Slater bolted from the house and tried to escape in his SUV, but he crashed into a tree where first responders later found him and managed to save his life. Herman and her children escaped to a neighbor’s house and waited for the police to arrive.

There’s some debate as to whether Slater knew anyone was home, or whether he thought he was about to burglarize an unoccupied dwelling. At his trial, Slater admitted he had broken in to steal, but he claims he had no knowledge there was anybody home. Don West, criminal defense attorney and National Trial Counsel for CCW Safe, says that, for Herman, the distinction made little difference because once Slater forcibly entered her home, the law afforded her the presumption that he was there to do harm, justifying her use of force. After the shooting made headlines, however, some online commentators suggested that the intrusion could have been avoided had Herman simply announced that someone was home — the idea being that the would-be burglar would have chosen to move on and find an easier, unoccupied target.

Firearms instructor and CCW Safe contributor Steve Moses says, “I like to recommend to our students that if you’re at home and someone rings the doorbell during the day, that you acknowledge that. If there’s not anybody in the house, as evidenced by the fact that nobody answered the door, that gives them additional incentive to break in.”

Tatiana Whitlock, a firearms instructor who facilitates training for A Girl & A Gun Women’s Shooting League, offers an important caveat to Steve’s advice. “If you are going to acknowledge someone through the door, you better have a voice of authority,” Tatiana says, “and that voice of authority needs to be a deterrent.”

A weak or unconfident voice, Tatiana says, may embolden a potential intruder. “Have you practiced saying the words with enough volume and confidence that the person on the receiving end believes it? Or are you going to start mumbling and sounding timid and nervous, and almost provoking them to come and find you?”

Like just about every other aspect of self-defense, concealed carriers and home defenders can train to develop what Tatiana calls “command authority.” For many people, it is easier to learn how to operate a firearm than practice command authority. “Nobody likes to do this drill,” Tatiana says, “it’s very hard to do. Even during a firearms training class, people giggle their way through it because having to speak with that level of authority is a challenge, and it’s awkward.”

“If you’re going to verbalize, I need you to put all of your fear aside. I want to put on the performance of a lifetime. Fake it ‘till you make it. I want you to do your best Jack Nicholson right now — otherwise, way to tell them there is a soft, terrified target upstairs.”

Had Melinda Herman answered the door, would it have deterred Paul Slater? We’ll never know. If she could have safely deterred the intruder without having to shoot a man in the face at point-blank range in front of her 9-year-old twins, that would have been a better result. Then again, had she failed to muster “command authority,” Slater may have been emboldened — after all, he ultimately smashed through three locked doors to find her.

The lesson for the concealed carriers is, whether you are facing a threat at home or in public, giving verbal commands is an important part of your self-defense toolbox. Like all your other self-defense tools, training is key, and it’s important that when you issue verbal commands to a would-be attacker, you do so in a way that is firm and that convinces the other party that you have the confidence and the means to successfully defend yourself. In the end, Herman made the best decision she could with the tools and the training that she had. The more self-defense tools and training you have, the more choices you’ll have during a self-defense encounter.