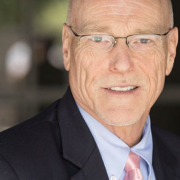 The Next Fight- The Verdict

In this episode, Don talks about jury deliberation, verdict, sentencing and appeal. With only few examples, a jury verdict has to be unanimous. In the jury deliberation, the jury can look at evidence, and ask questions of the judge, in order to reach a verdict. The outcomes are either a guilty verdict of the offense, guilty of lesser offenses, or not guilty.

Don also talks about sentencing, the sentencing investigation report, and what happens after the sentence is imposed, whether there is a guilty or a not guilty verdict.

Appeals are usually filed within 30 days, and looks at the instructions given to the jury, what evidence was allowed or excluded, and if improper arguments were made by the prosecutor. The evidence may also be looked at, and whether that evidence was sufficient to support a conviction.

Don served as co-counsel in the highly publicized George Zimmerman/Trayvon Martin case and has extensive experience defending serious felony cases and has successfully tried several self-defense cases involving the use of a firearm in defending against an unlawful attack. After Mr. Zimmerman’s acquittal, Mr. West continued to represent Mr. Zimmerman in the federal civil rights investigation until in 2015 the Department of Justice announced that no charges would be filed.

Welcome to The Next Fight!