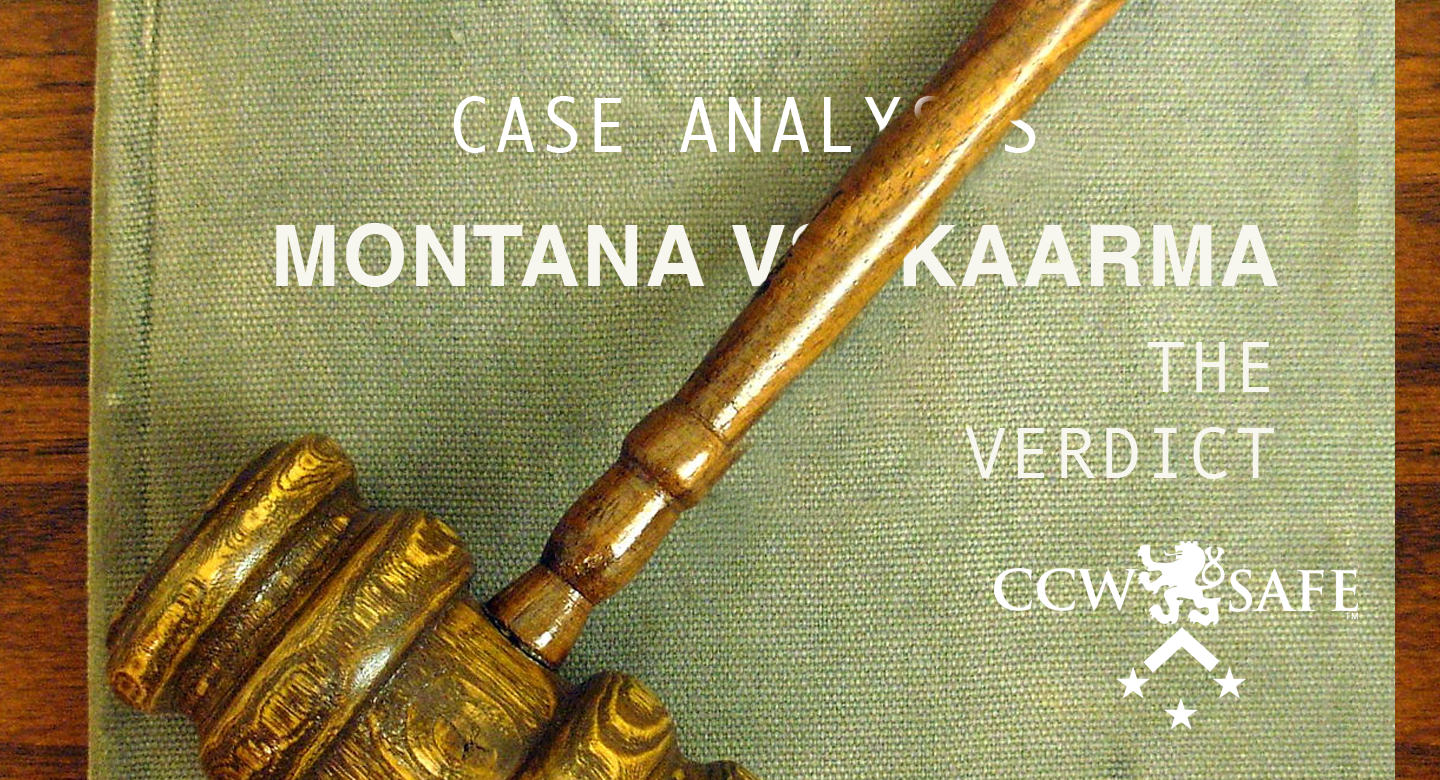 Four Shots In The Dark: Case Analysis of the Kaarma case- The Verdict and Lessons Learned

Part 6: Lessons from the Guilty Verdict of Markus Kaarma

In our series The Four Elements of Self-Defense, we’re exploring how location, escalation, reasonable fear, and post-incident accidents can affect the legal defense in the wake of a self-defense shooting.  In our last installment, we explored how post-incident actions factored into Kaarma’s legal defense  In this installment we’ll look at the lessons we can learn from Kaarma’s guilty verdict.

After eight hours of deliberation, a Montana jury of eight women and four men found Markus Kaarma guilty of deliberate homicide.  Seven months earlier, Kaarma shot and killed an intruder in his garage, an unarmed seventeen-year-old foreign exchange student named Diren Dede.  Although Dede was breaking the law by trespassing and likely stealing, the jury found Kaarma did not act reasonably when he fired four shotgun blasts into his darkened garage.

Don West, National Trial Counsel for CCW Safe, said that Markus Kaarma did practically everything wrong in the shooting of Diren Dede.  From rushing outside to meet the intruder, to firing into darkness without visualizing a clear threat, to making damaging statements to the police without the advice of an attorney, Kaarma caused a host problems for his legal defense team.

Above everything, however, West says it was Kaarma’s conversation with his hair dresser where he admitted that he’d been staying up so he could “kill some (expletive) kids” that negatively impacted nearly every other aspect of the case.

In her closing statements Deputy County Attorney Karla Painter said that Kaarma’s “threats were so specific and so angry, certainly he was not fearful. Everyone told you. No this man was angry. He was in a rage.”

Self-defense cases are very subjective — juries are asked to decide if a shooter acted reasonably in an extraordinary circumstance.  Was a shooter reasonably in fear of imminent harm? Did a shooter reasonably feel deadly force was required to stop a forcible felony? In a home defense case, jurors tend give shooters the benefit of the doubt — perhaps more so than in other types of cases. It’s something Don West calls “forgivable subjectivity.”  A jury will likely forgive a few things in light of the incredible violation inherent in discovering an intruder in one’s home.

By demonstrating rage before the shooting, by telegraphing his intent to kill, by creating a circumstance that invited a burglary,  and by showing no remorse after the shooting — Kaarma exhausted the jury’s’ sympathies and squandered his forgivable subjectivity.

For a gun owner who is concerned about home defense, the lesson from the Markus Kaarma case is that the Castle Doctrine doesn’t guarantee that a homeowner is always justified in using deadly force to stop an intruder.  Your fear must be reasonable, the threat must be imminent, and a jury can judge everything you do and say to help them make their determination.

By most accounts, Kaarma was hoping for the opportunity to encounter a burglar in his garage, and his words and actions revealed his intentions. He took steps to attract an intruder, and when one fell into his trap, he rushed at the opportunity to shoot him, and fired before he could identify a threat, all under the false assumption the the Castle Doctrine would offer him absolution.  But you can’t legally plan a justifiable homicide — there is no such thing as premeditated self-defense.

A responsible gun owner knows that deadly force is a last resort.  Being forced to take a life in defense of your home and your family should be your second worst fear — right behind the fear of not being able to protect your family should an intruder enter your home.

In the next installments of The Four Elements of Self-Defense we’ll explore two more Castle Doctrine cases.  We’ll look at the case of Byron David Smith who shot two intruders who broke into his home, and we’ll analyze the case of Ted Wafer who shot a young woman as she tried to enter his Detroit home in the middle of the night.