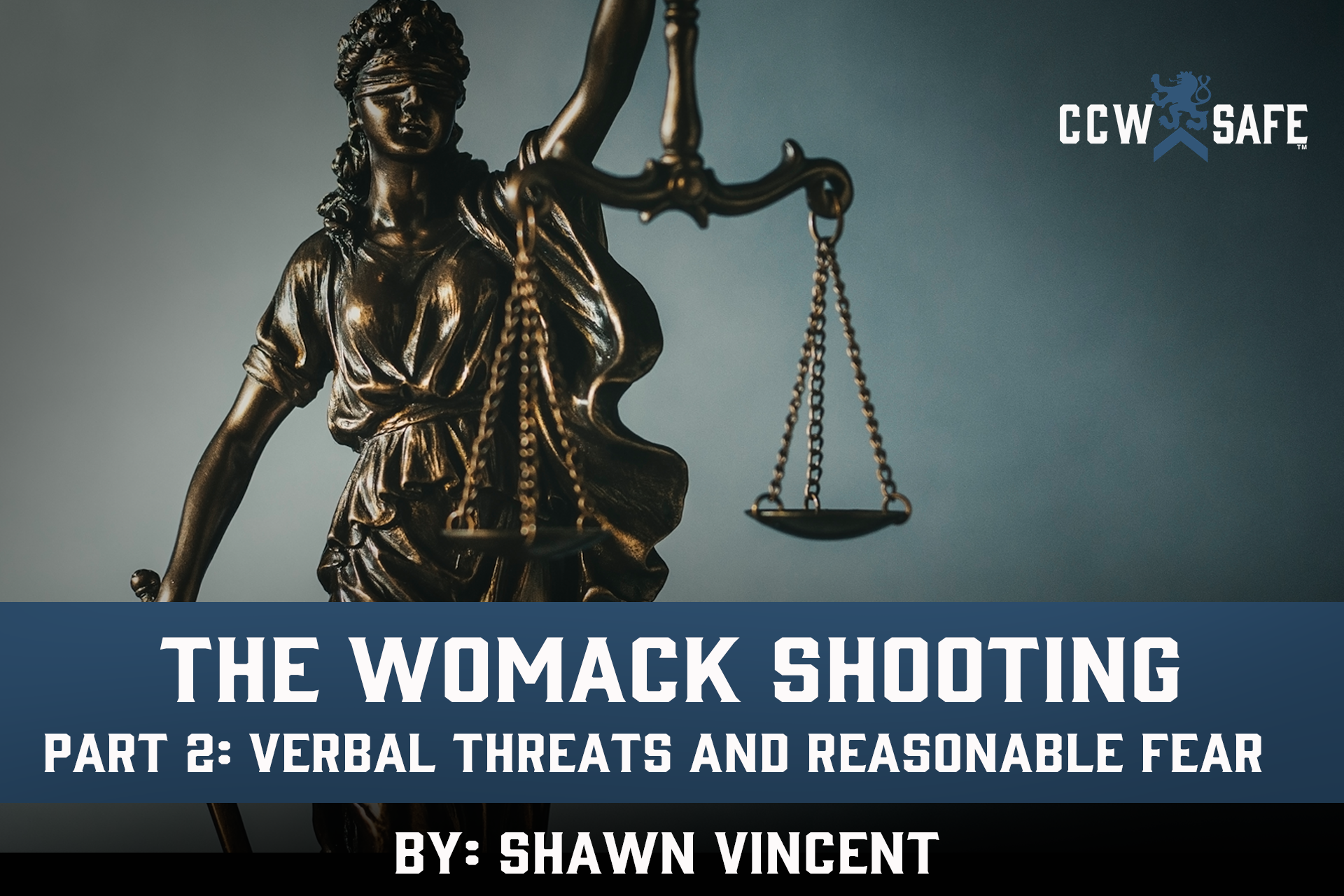 During a game of pick-up basketball, Alan Jamal Womack Jr. accused a player on the other team of a “traveling” fowl. The accusation erupted into an argument, which according to reports, was quickly broken up by others on the court. Shortly after play resumed, tempers flared once again, and Womack threatened to shoot the other player in the head. Less than ten minutes later, however, Womack himself would be dead in the parking lot outside the LA Fitness in the King of Prussia Town Center, the victim of a single gunshot fired by the man he had threatened.

The name of the shooter has not been publicly disclosed, so we will refer to him as “the defender.”

This isn’t the first case we’ve explored where a shooting followed a verbal death threat.

Recently, we explored the case of Alexander Weiss. After a minor automobile collision, a passenger in the other vehicle assumed a combative posture and threatened to kill Weiss if he called police. Weiss went back to his vehicle and retrieved his cell phone and his pistol, and then he returned to confront the aggressor. When the driver of the other vehicle joined the argument, Weiss felt outnumbered and afraid. He drew his pistol; the unarmed driver dared him to shoot. He did, a single fatal shot.

We also explored the case of Michael Dunn. Dunn was waiting in his car while his girlfriend went into a convenience store for snacks and wine. The vehicle next to Dunn was filled with teenagers listening to loud rap music. When Dunn asked the teens to turn the music down, a passenger in the back seat, Jordan Davis, became enraged and started shouting at Dunn. Even the teenager’s friends admitted that Davis issued threats. Dunn said that Davis threatened to kill him, and so he fetched his pistol from the glove box, chambered a round, and fired several shots. One proved fatal.

At trial, Dunn claimed that he saw Davis display something that looked like the barrel of a shotgun, but investigators found no evidence of a firearm or anything that could easily be mistaken for one. The other driver in the Wesiss case, as we mentioned, was also unarmed. The fact that that the aggressor in each case was unarmed caused both men problems during their murder trials. Even though there were threats of murder, the preceived aggressors didn’t have the immediate ability to make good on the threat.

Don West, criminal defense attorney and National Trail Counsel for CCW Safe, says that a verbal threat alone is not enough to establish reasonable fear of imminent death or great bodily injury. For a death threat to justify the use of deadly force, it must be apparent that the person has the will and the ability to imminently cause great bodily harm or death. In the Weiss case, the fact that the defender returned from his car to confront the man who had just threatened to kill him was evidence that Weiss didn’t take the threat literally. In the Dunn case, the defender’s unsupported claim that he saw something resembling a weapon appeared self-serving — as if Dunn understood that the threat alone was not enough to justify the shooting.

That takes us back to the King of Prussia Towncenter where Alan Jamal Womack Jr. had just accused “the defender” of a traveling foul and threatened to shoot him in the head. It turns out the defender had a loaded handgun in his gym bag, but he knew that the threat was probably just bluster, and he made no attempt to use it. Instead, he wisely quit the game and removed himself from the situation. Womack followed the defender into the parking lot, and according to witnesses, was shouting and making threats. Still, the defender kept his cool and continued walking briskly away. However, when Womack caught up with the defender and produced a pistol, everything changed. Don West says, “that would have been clear evidence to the defender that Womack was fully prepared, and within sufficient proximity to use it.”

To compound the reasonableness of the defender’s fear, witnesses say that Womack racked his pistol. Don West notes that “nothing says ‘I’m ready to shoot you’ like somebody racking a semi-automatic handgun within a few feet of you.” The defender managed to retrieve his loaded Glock from his gym bag and fire a single fatal shot to his attacker’s chest. Womack fired two wild rounds as he fell. He was dead when first responders arrived.

After a three-week investigation, the prosecutor announced he wouldn’t be filing charges against the defender. “To be justified in his shooting of Womack,” the District Attorney said, “the shooter had to be in reasonable fear of death or serious bodily injury. Evidence that would support a reasonable fear would include Womack’s threatening words, his waiting outside of LA Fitness and following him through the parking lot, threatening him again, pulling out a gun and racking a bullet into the chamber while approaching the other man.”

The lesson for concealed carriers is that a verbal threat of death or physical violence is not, alone, enough to justify the use of deadly force. The threat must be combined with the willingness and ability of the aggressor to imminently follow up on that threat. If you make efforts to disengage with an aggressor or to walk away from the confrontation, you buy yourself time to assess the situation. Any effort made by the aggressor to follow you or escalate the confrontation makes his intentions more clear. The defender in the Womack case gave the prosecutor a litany of reasons to justify his decision not to file charges. If you are ever in a self-defense situation, as long as it is safe to do so, you’ll want to give law enforcement as many reasons as possible not to charge you.