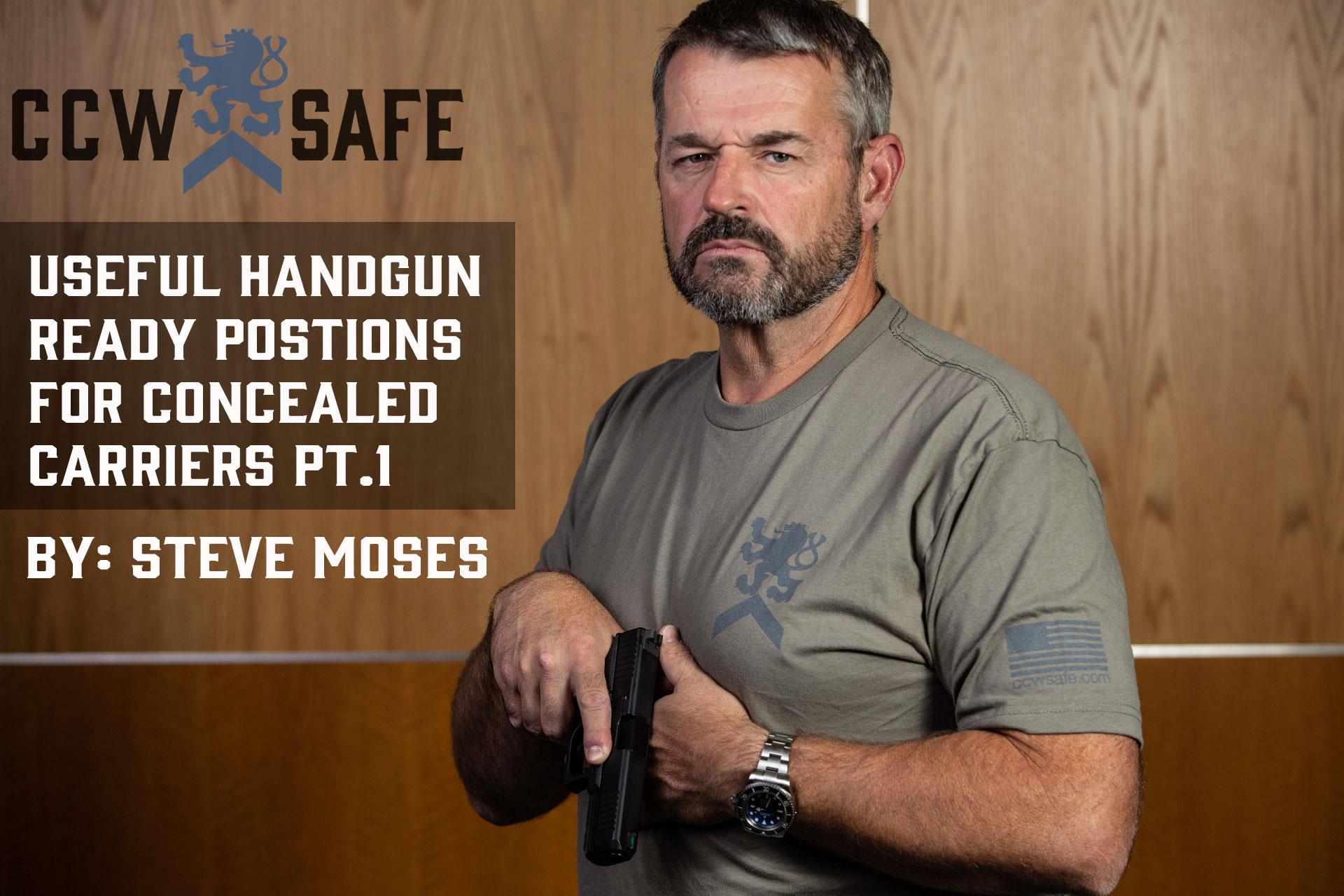 Posted on December 21, 2020 by Steven Moses in Training

Members of CCW Safe have diverse backgrounds that range from brand-new gunowners to highly trained law enforcement officers on the municipal, county, state, and federal levels to some of the best defensive firearm trainers in the industry. I know for a fact that a number of them are former military with backgrounds in special operations and combat experience, and it would not surprise me if there are some that are currently active. Hopefully, this particular article on multiple handgun ready positions has something for all of those members. It might be the first time that a new gun-owner has been exposed to any of the ready positions commonly used with a defensive handgun other than what they may have seen on television or in the movies, or perhaps an experienced concealed carrier would like to have on hand an organized list of ready positions that can be shared with others who are new to concealed carry.

A solid ready position can increase the speed at which a concealed carrier can deploy his or her handgun and use it effectively, reduce the risk of negligently shooting others due to the increased focus on the orientation of the muzzle, and in some instances stop a potential attack due to the competent manner in which the intended victim handled their defensive firearm.

For the purpose of this article, I am only going to identify the following ready positions by one of their more common names, provide a brief description, and furnish at least one reason that I believe each might be applicable to a specific scenario. The order in which I have set them out is lower-profile (more covert/less aggressive) to higher-profile (more overt/more aggressive).  My choice would always be the lowest-profile ready position that will would still allow me to quickly get the handgun into play. I encourage readers to search the internet for more detailed information on any or all of the ready positions discussed in this article. There is a lot of good material out there written by highly respected firearm trainers who can describe in good detail the nuances of a specific position and any pros and cons that they may have observed. One unshakeable absolute with each of these ready positions is that the concealed carrier must always keep their trigger finger straight and along the side the frame above the trigger guard or on the slide itself (higher is better). 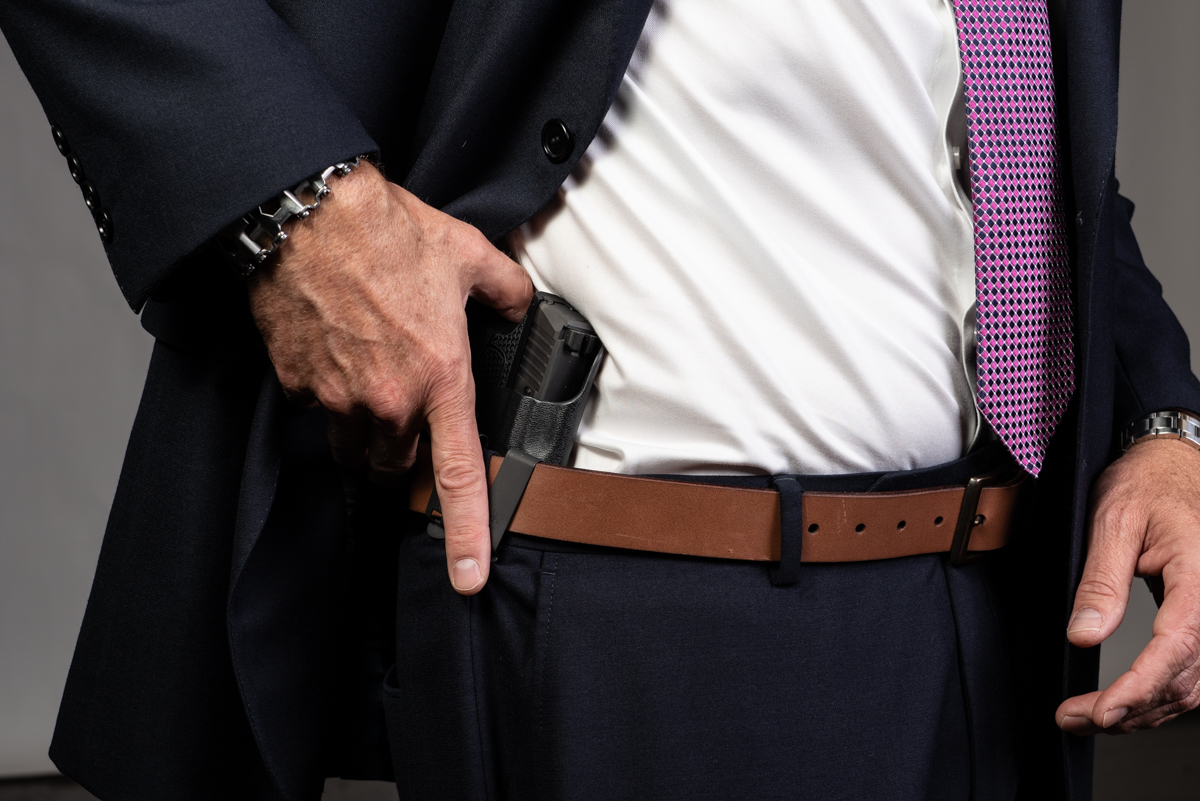 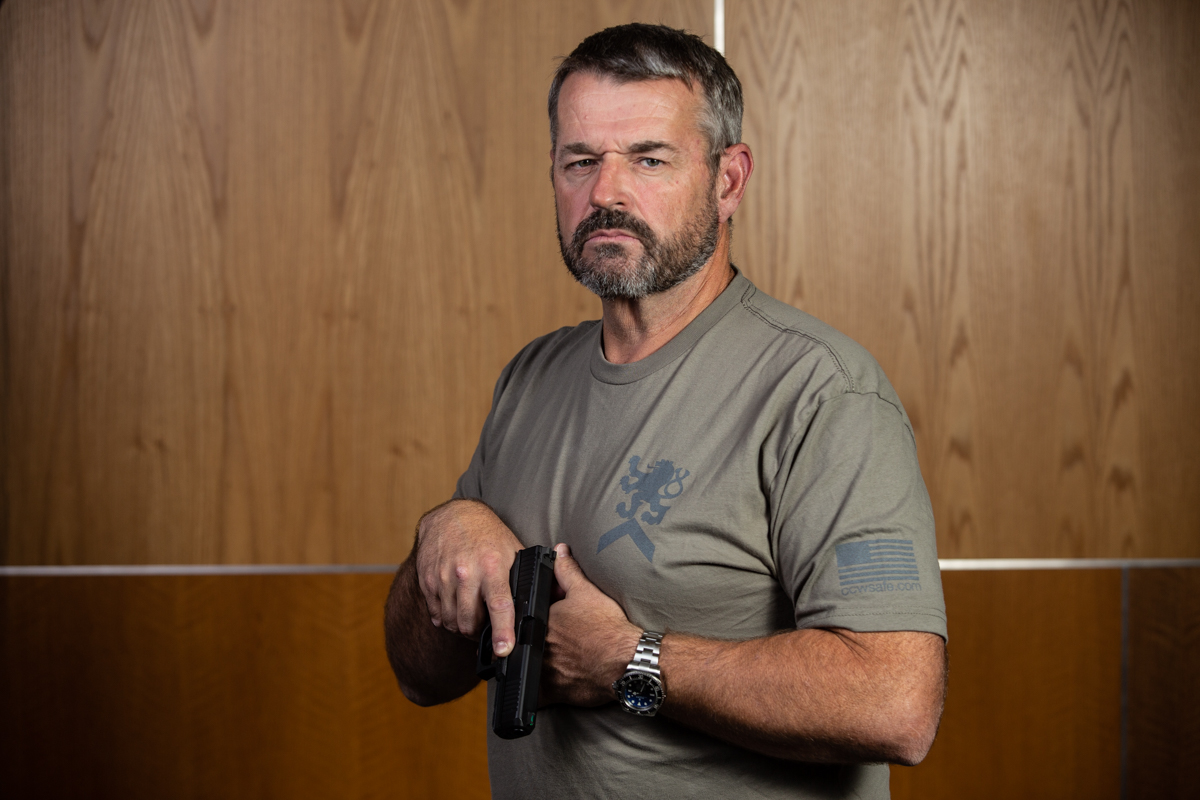 Part Two of this article covers three additional ready positions that might be of use to concealed carriers and discusses the importance of managing distance when a defensive handgun has come into play, why non-verbal body language is never more important than when a handgun is no longer holstered, and why the concealed carrier needs to fully process what is going on around him or her as they alone bear the ultimate responsibility for always selecting the most applicable ready position and using it correctly.