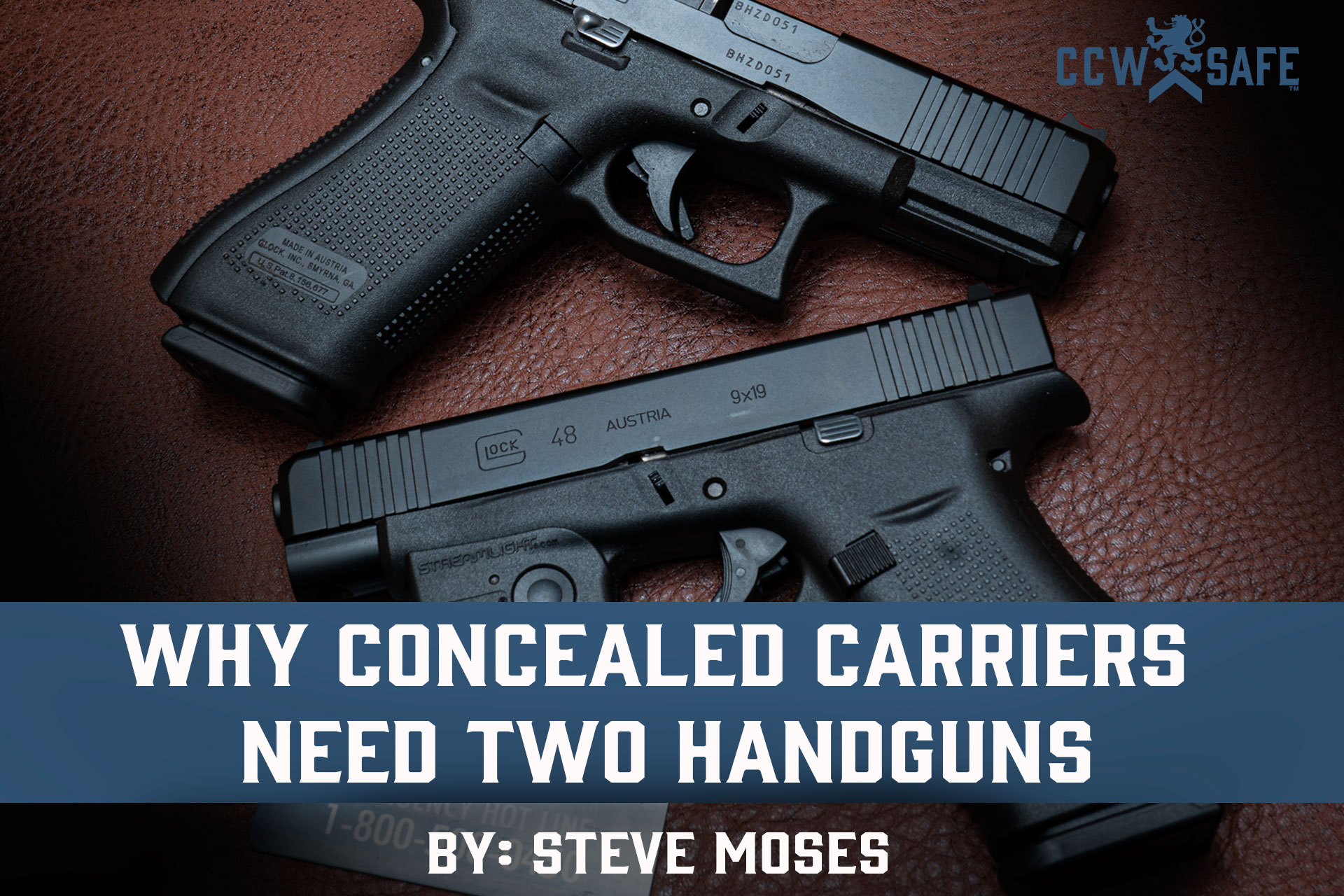 Posted on October 21, 2019 by Steven Moses in Training

Many firearm instructors are of the opinion that concealed carriers should always carry a backup handgun. That is sound advice. The primary handgun can be damaged or experience a catastrophic malfunction in mid-fight. I think persons who carry and rely upon a firearm for a living or a concealed carrier who lives or works in an area with a high crime rate should heed that advice. However, the odds are good that most concealed carriers will never need to resort to a secondary handgun in a lethal force encounter.  If this is the case, why does a concealed carrier need a second handgun?

If I only had one handgun, I am basically unarmed until I can replace, repair, or obtain key components.  The best way to address this situation is to own another handgun. I think the best solution would be to possess a second handgun that is nearly identical to the first. That means identical model, caliber, sights, and trigger pull weight. A perfectly acceptable alternative would be a different model that is otherwise identical. For instance, my primary handgun might be a Glock 19 and secondary a smaller Glock 43, 43X, or 48.

If the concealed carrier  routinely carries a striker-fired handgun like a Glock, S&W M&P, or Sig 320 and his or her secondary is  a double-action/single-action handgun like a Beretta 92, Sig 226, or CZ PO-9 with a slightly different but significant manual arms, there is some possibility that in a stressful situation they may fail to de-cock double-action/single-action handgun prior to attempting to holster their handgun. One exception to this rule might apply to those concealed carriers that have chosen a small revolver as a secondary handgun. However, they are harder to shoot well, hold less ammunition, and the process of reloading is both slower and slightly more complex.

In summary, concealed carriers should consider owning at least two handguns. The more similar they are the better. Even if the same owns more, in the event that the handgun he or she routinely carries goes down its immediate replacement should be one that operates in the same manner and not possess a significantly different manual of arms. The concealed carrier would probably be best served by occasionally practicing with the secondary if there is any significant difference between the primary and secondary handguns.