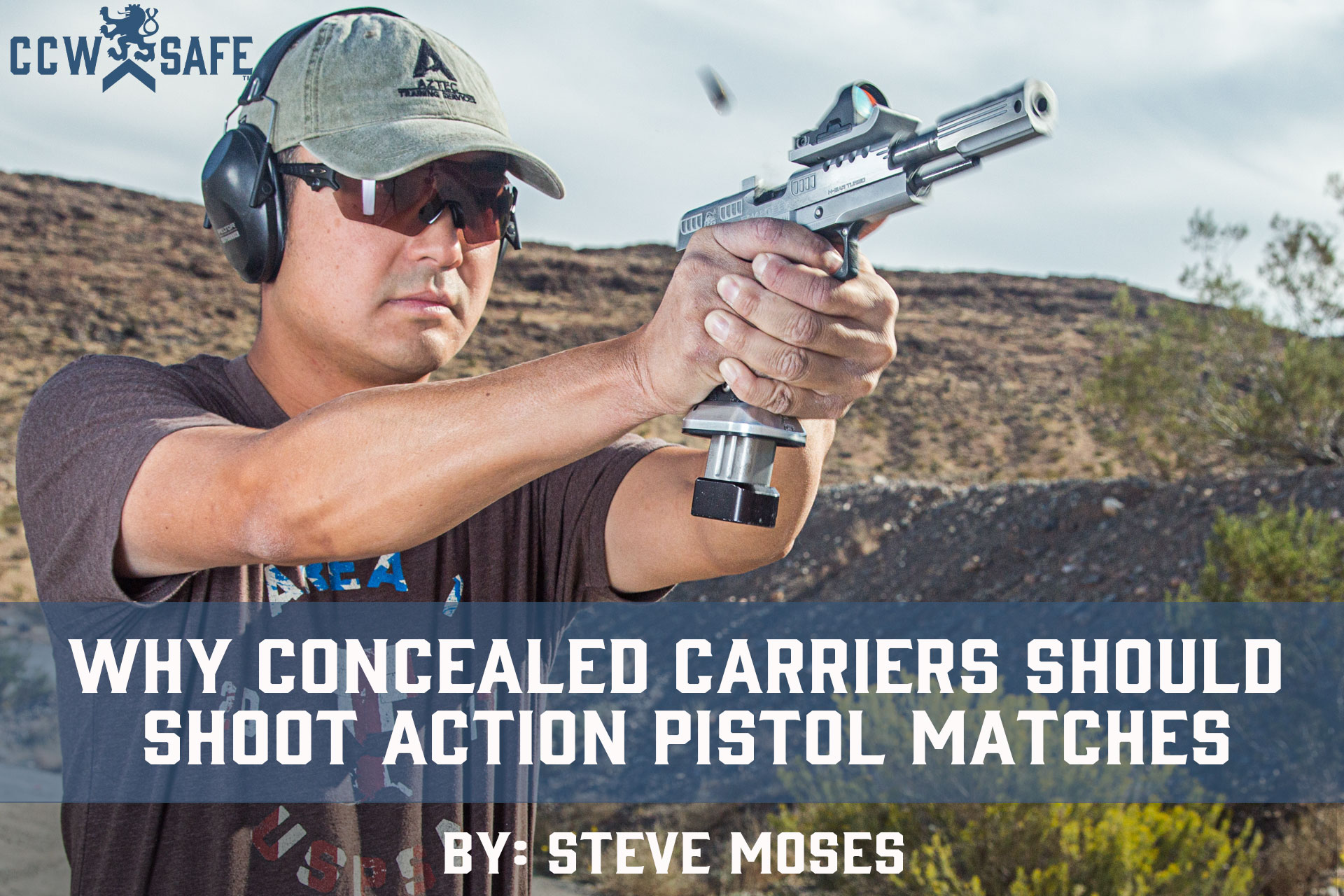 There are multiple reasons that concealed carriers should consider participating in shooting sports like United States Practical Shooting Association, International Defensive Pistol Association, and variations thereof in the form of local club matches or even unsanctioned “let’s get a group of shooters together and compete against each other” matches.

It is my opinion that in no way does participation in competitive shooting matches alone adequately prepare a concealed carrier to competently deal with a lethal threat in the real world, and at worse defaulting to certain stage management shooting positions often used in matches to save time can actually subject the concealed carrier to greater risk of being injured or killed.

However, any concealed carrier that has invested the time and money to train under competent defensive handgun instructors and has a good understanding of the laws of self-defense, the importance of avoidance, deterrence, de-escalation, and disengagement, the knowledge of how to manage unknown contacts or contacts with questionable intent, and ability to implement proven tactics for the timely use of surprise, speed, and all necessary violence of action in order to turn the tables on a violent criminal actor should benefit greatly from participating in monthly action pistol shooting competitions.

Listed below are five reasons that concealed carriers should consider participating in action pistol shooting matches:

Shooting a monthly action pistol match is no substitute for legitimate defensive pistol training.  It is still a game even if actual handguns and live ammunition are used. However, it is a fantastic training aid for concealed carriers who are serious about being able to effectively defend themselves and their loved ones if paired with training under a qualified defensive firearms trainer. There is one more excellent reason to participate in action pistol matches: They are fun! I have met some great people and formed solid friendships as a result.

Not a lot of sports make you better prepared for the day we hope to avoid. If there is a downside, it is that action pistol shooting matches can become addictive.